The imaginary "The Mr. One"

by Emily 9 days ago in humor

We have all had crush on people who we only saw for a second or two, and we all daydreamed about a better future. Sometimes we do this two at the same time. 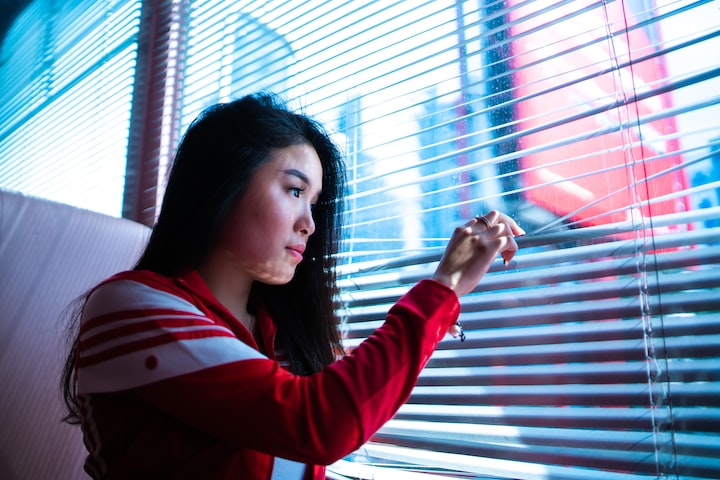 Photo by Yoel Peterson on Unsplash

Have it ever happened to you, that you were just minding your own business, walking on the street or something and you saw someone and it was love at first sight?! No, just me?! Nah, I know you had that before... I know it, don`t be shy! :D

So the other day I went to the grocery store, it`s Covid, so we are not really allowed to go anywhere else but the store. Anyways, I was walking down the street and there was a delivery guy going to one of the houses and our eyes met...I had some flashbacks about how cute we would be together and what would we talk about, how our life would be so amazing... Then we continued what we were doing, I went to the store, got Nutella, so I can eat all my embarrassment away for not talking with him or anything. What if He was THE ONE?! Well... we will never know. :D

Don`t laugh! I know you are laughing... That`s ok. ;) That`s literally the story of my life. :) Let`s be honest, we all did this or something similar in our life. We saw someone on the street or on the tube and we already started planning our wedding, our future family. You already imagined that you guys are going to have 2 kids, one boy called James and a girl called Abby. You will live in a beautiful house with white fence; your kids are playing in the garden with your golden retriever happy and healthy. :) You get your well deserved happily ever after, etc.

But by the end of your imagination, you look up and that person already passed you or got off at the last station. You never talked with them, you don`t even know their name and if James and Abby would have been a possibility or not. If I really want to be honest, probably you will never know...

When this happened to me the last time and I told it to one of my friend, she was laughing so hard. Partly because it was so relatable and partly because she couldn`t believe I didn`t even say hello to the person, who I was married and grew old in my fantasy. :) You know, I don`t blame her for that.

We got a good laugh out of it, but it also made me think a little bit a while later. You know, we all want to bond with someone; we all want to have a life that is picture perfect and according our imagination. But we don`t have that, so we imagine it over and over again and we dream. I have been dreaming about a knight in shining armour appear in my life and makes sure that everything would be alright. Now, during the pandemic I need him more in my life than ever. I guess probably that was one of the reasons why I crushed on that poor delivery guy so much. Don`t get me wrong he was really handsome and good looking and all, what I`m trying to tell is, that my mind taking off imagining something better was more like because I have been in quarantine, lock down and in constant fear of an invisible deadly sickness for so many months, it made me remember the things I missed. Someone said on social media, that "Guys, I have experienced a global emergency, before I did real love". I could totally relate with that. I have been single for heaven knows how long and because of this pandemic, my life is continually in danger. When you have to face the fact, that you could die tomorrow not by a car accident, not by a flaming meteor, but by something invisible, you start to think. You start to think about would you be ok with it?! What would you done differently?! And then you start imagining a better world to escape from the reality, the uncertain present.

My imaginary prince in the shining armour was a handsome delivery guy, someone who I knew nothing about. Was I his princess?! Doubt that. :) But he gave me a couple of minutes away from everything that hurts, away from my struggles, from my concerns, and I finally had a smile on my face for the first time in a while. So dream away, even if it isn`t real yet, but give yourself a break and let yourself feel like, it`s all good. Or at least, it will be eventually. :)