by Horace Wheatley about a year ago in humor
Report Story

A short story about finding oneself 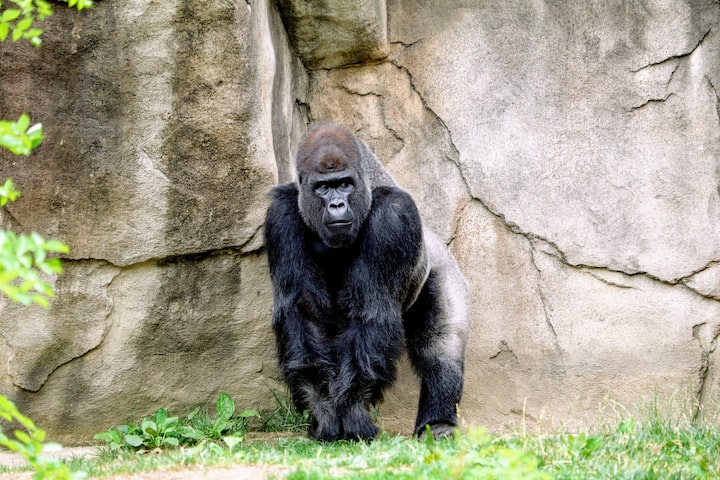 Photo by Amy Reed on Unsplash

After we graduated high school, my best friend, Jay, and I moved to New York City to “find ourselves.” Now they call it a gap year.

We found a little apartment and immediately did all the tourist things we could think of. Empire State Building, Statue of Liberty, Central Park, Yankee Stadium, riding subways, and hailing taxis. We did it all. We went to cafes and coffee shops and even stayed up late at dance clubs.

We were living the good life.

There was only one problem: we didn’t have jobs.

Oddly enough, in a city with millions of people from all over the world, it was super difficult to find work. Granted, we were two white, Midwestern, young men who had very little sense of how to find job openings.

So we did the math. We had enough cash saved up to make it through August and still drive back to Minnesota. We were desperate to stay if only to avoid the shame of coming home so quickly with nothing to show for ourselves.

Not that this reality changed anything for us. No, we still went to the Museum of Modern Art and the ruins of the World Trade Center towers. We still ate at cafes and went to coffee shops and stayed up late at discos. Avoidance was our coping mechanism.

By the end of July, we were feeling pretty down. Just like the balance in our bank accounts. Our rent for August was due soon but we didn’t have enough to stay through the end of the month. Not if we wanted to buy gas to drive the car all the way home.

I needed to clear my head so I spent the day walking around Central Park. It was peaceful to look at the trees and fountains while being surrounded by the hulking mass of the city. I’ve always been fascinated by people and New York is filled with lovely people from all walks of life. It was a rich tapestry and a great change from the vanilla-dominant culture of our small hometown.

As I walked one particularly lonely path, something caught my eye. Ahead, fluttering in the breeze like something from the movies, came a HELP WANTED flier. It was for the Central Park Zoo. I snatched it up and raced back to our apartment.

Jay called the zoo and they asked if we could come immediately for an interview. Both of us. We were out the door in a flash.

We went to the info desk and gave our names to the secretary. They directed us to an interview room. The name placard on the clean desk stated, “Mr. Anderson.” He was a broad man in a blue suit with the top button of his starched white shirt open.

“Welcome, sign here,” he passed us each a black leather book full of employment papers. Before we could say anything, he raised a thick hand and said, “We’ll answer all of your questions later. Right now, we desperately need to get a very popular exhibit re-opened and I’m willing to give you both twenty thousand dollars in cash to start tomorrow.”

He slapped eight stacks of crisp bills on the desk.

I looked at Jay and he nodded, smirking.

We frantically filled out tax forms and non-disclosure agreements. We couldn’t believe our fortune. This truly was the greatest city in the world.

Once we finished with the paperwork, he led us out of the office. “This way to the backroom of the gorilla exhibit.”

Gorillas!? mouthed Jay to me.

My stomach fluttered and flipped. I couldn’t believe our luck.

Mr. Anderson led us into a clean, white-tiled room where I imagined veterinarians examined and treated the wild beasts of the zoo. We crossed the expanse and went to a wide set of doors.

“It’s going to be the food and equipment,” I said to Jay.

“Not exactly,” snipped Mr. Anderson. He paused at the handle. “Are we clear on the terms of secrecy?”

Jay and I looked at each other and then nodded at him. The hairs on the back of my neck tickled.

Mr. Anderson slid the door open and we stared, speechless. He explained, “Yes, it’s a shock. You would never guess just how expensive the food runs. That’s the simplest way to explain-”

There was an awkward moment.

“Yes,” Mr. Anderson continued. “We ran the numbers. It’s more economical in the long run to have Hollywood make several suits. Then we find young people in need of work and make an offer they can’t refuse. The kids and patrons who visit the park don’t know the difference. Go on, get fitted.”

Jay and I stepped forward to find our sizes. I’m pretty tall and lanky where he’s squat. The suits were like wearing something from the future. The detail was unbelievable. Or completely believable.

Once fitted, Mr. Anderson gave us further instructions. This was the entirety of our official training beyond the non-disclosure agreement.

The job was simple.

Show up to work and suit up.

Sit in the shade near the back wall or under the largest tree.

Move as little as possible.

Take breaks for water and food.

That night, we went to a swanky sushi place to celebrate our incredible turn of events. I ate so much I wondered if I’d fit in the suit the next day.

For that first week, Jay and I were just grateful to have jobs. That alone meant we wouldn’t have to shamefully drive home, like two prodigals. The bonus money was more than I’d ever seen; I couldn’t get my head around the sudden riches. We kept the cash in plastic baggies locked inside a metal box hidden in the toilet tank.

We followed the rules at work. People stopped to look at the gorilla exhibit, pointing out to their kids the shapes in the shadows of the far wall. It didn’t draw a crowd but didn’t need to.

For a week we went out to fancy dinners and then dance clubs after. We slept in and got to the zoo by nine-thirty. The gorilla exhibit closed at five-thirty, even in the summer. It was easy work.

Then Jay got bored.

“Hey, follow my lead,” he whispered to me. This was early in our second week. He ambled out from the shade of the back wall and around the trees. Immediately, there was a rush of “Oooohs” and “Ahhhs” from folks passing the exhibit. I couldn’t let Jay hog all the attention, so I stood up and walked unevenly after him. I leaned forward on my knuckles for full effect. The crowd chatter grew louder as we moved out to the tree and plopped down.

We did this a few more times that day. It amazed me how much attention people gave a little bit of motion. Jay and I talked about it that night in our apartment.

“What if we did more than just walk around?” he suggested.

I hesitated. “What if we spoil this job? We can’t give Mr. Anderson the money back.”

“True. But what if it earned us a raise? No guts, no glory.”

That’s how we ended up playing catch with a banana the next day. A real, honest-to-goodness crowd started to gather outside the walls of the gorilla exhibit. People clapped and hollered as two primates slung a piece of fruit back and forth.

“Can you believe that?” Jay asked me that night. We were feasting on a large pizza at a rooftop joint in our neighborhood. “That was all for us. They loved it!”

He stared off into the distance, eyes bright and gleaming. We were still too young to buy alcohol but I wondered if this what it felt like to be drunk.

Jay turned back to me and said, “I’ve got an idea for tomorrow.”

The next day we tossed a banana again. Then, once we’d attracted a crowd, Jay went to the giant tree at the center of the exhibit and climbed a branch. This really got people’s attention, especially when I followed him. We sat there like kings gazing out on our realm.

So I followed him.

At this level of the habitat, the tree canopy was thick and littered with vines to emulate an African jungle. This was a huge treat for the visitors because gorillas spend so much of their time on the ground due to their size. Cameras flashed as folks captured the sight.

I shook my head slightly, hoping no one would notice from outside the exhibit.

He playfully nudged my shoulder and drummed the wide branch.

I grabbed a vine and crouched where the branch narrowed and wavered. The chatter of the crowd rippled with gasps of wonder. Before fear got the best of me, I leaped. I had a split second to wonder if the suit would be too slippery.

But then I was swinging.

The air whipped past me. I looked out to notice the crowd of upturned faces, mouths open in wonder.

How many would tell their friends they got to see a gorilla swing on a vine?

Caught up in the delusion, I looked down to see a lion leap. He swiped at my dangling legs. I had inadvertently swung beyond the exhibit’s side and over the lion habitat! I tucked my legs up just in time and was suddenly back on the branch.

I trembled and my heart raced like a scurrying critter.

“Encore!” said Jay, knowing the applause would cover his voice.

I looked out at the people gathered at our exhibit. Faces of every color, shape, and age filled with pure joy.

This is what stardom feels like, I thought. I could give them one more moment of wonder. My head was practically bursting the seams of the suit.

I leaped onto the vine again. As I left the branch, I felt Jay give me an extra shove. I was soaring like an eagle. Only I’d made one critical error.

I went over the lion’s exhibit again.

The lion was nowhere to be found. I released a breath I didn’t realize I was holding.

In that moment of relief, I felt a powerful force collide with my hip.

A natural predator, he’d sensed me coming again and precisely timed his jump and swing.

I tumbled from the vine and crashed to the ground in his exhibit.

Gasps and screams came from the crowd of onlookers. Parents covered the eyes of their kids.

I managed to turn onto my back when my view filled with the enormous silhouette of the lion.

In an instant, I thought only of myself. The shame and embarrassment of dying here, eaten by a lion while wearing a gorilla suit.

What would they tell my parents?

How would Jay carry on?

As I lay there, whimpering, the lion moved in close to my face.

He said, “What are you trying to do, get us all fired?”

More stories from Horace Wheatley and writers in Humans and other communities.