by Miss Ruiz 2 months ago in literature
Report Story 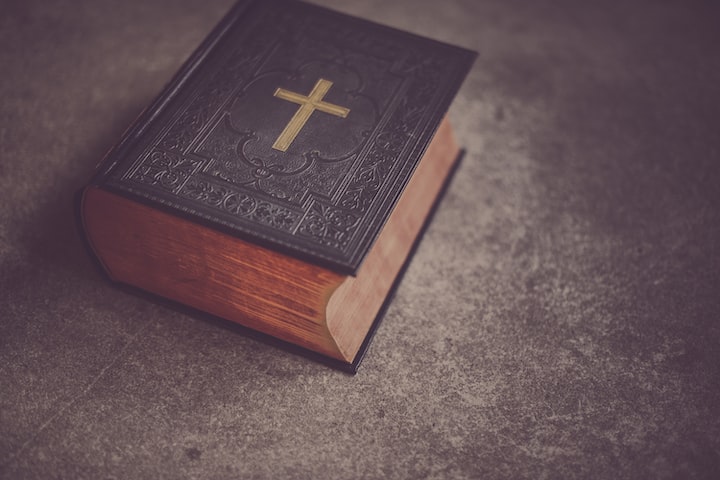 Photo by Kiwihug on Unsplash

Catholic Guilt is the immense guilt felt by Catholics because of the immense weight of personal scruples placed upon each congregation member. This Catholic guilt is used to control people within the church to bend to the wills of the men in power within the church, regardless of whether or not these “issues” that the power-hungry men prey upon are discussed within the scriptures or not. Fernández, the man behind A Letter From Sor Filotea to Sor Juana Inés de La Cruz, uses congeries with increasingly hostile and damning diction to condemn his intended audience for her works. The tone becomes angrier and angrier as the letter continues while still reading civilly and polite behind the harsh metaphors.

Historically, Sor Juana defied Catholic Guilt, defending her place and practices as something she should be allowed to do as a Catholic church member, despite the onslaught of malice from the high-ranking members of the church. It is not far-fetched to presume that there are rules within the catholic church that are not discussed in scripture but were put into place by powerful men, specifically to oppress women and uphold the misogynistic ideology that would keep men in power.

Bishop don Manuel Fernández de Santa Cruz posed as a fictitious nun in another convent named Sor Filotea and wrote to Sor Juana about what Sor Juana should be doing with the talents God had granted her rather than the poetry that Sor Juana was writing. Fernández employs the Catholic texts to defend his stance in a faithful Catholic guilt fashion. He writes, “They,” human letters, “are commendable when the reason for curiosity, which is vice, becomes studiousness, which is a virtue” (Grossman, 147). Fernández layers his unwanted critiques of Sor Juana and her work by civilly addressing Sor Juana with false respect, then giving his opinions on what Sor Juana should be writing about as a supposed fellow woman of God. It is a veiled warning but not outright disapproval of Sor Juana.

To continue with the trend of veiled threats and warnings that Fernández is using, he writes, “The Angels whipped Saint Jerome because he read Cicero” (147), as a warning as to what could happen to Sor Juana if she continues down the path of education that she could end up like Saint Jerome. Now, Fernández may not have meant actual physical punishment, as Saint Jerome was alive centuries before Sor Juana, and floggings by angels do not happen every day. It is likely a worst-case example made to play on what she would know as a nun, emphasizing the Catholic Guilt Sor Juana should be experiencing because she is being made unfit as a nun.

Fernández continues in his reference to Saint Jerome “seduced rather than as a free man, as he preferred the delight of his eloquence to the solidarity of Holy Scripture” (147). This is more specific and a direct jab at Sor Juana, so there is no mistaking the message. Fernández also applies congeries in his letter to Sor Juana, with the basic message that she is on a slippery slope of education that will eventually lead her to some spiritual damnation within the Catholic church.

Fernández is even more direct with the following passage. The sentence is long but builds up to his final goal of damnation.

It is a pity when so great an understanding becomes so immersed in base earthly matters that it does not wish to penetrate what occurs in Heaven; and since you humble yourself to the earth, sink to lower but to consider what happens in Hell. (147)

Being pitied is not pleasurable, especially when the feeling is unwarranted. Sor Juana feels she has done nothing to receive this pity, considering she is doing pretty well for herself, and this critique is unasked. His pity for Sor Juana is an insult to her works. He accuses her of the primary sin against people within the church. She is too worldly, according to Fernández, and therefore she is going to Hell, to worst insult to someone in the church.

His congeries build up each time to be more and more hard-hitting but start gently to not off-put Sor Juana immediately. Coming off too strong would be a disservice to himself; immediately making his point against his intended audience would get his letter thrown in the trash rather than be given a fair chance by Sor Juana or the readers who study it centuries later.

More stories from Miss Ruiz and writers in Humans and other communities.