Signs You Have Emotionally Broken Up with Your Partner

by Eshal Rose about a year ago in breakups
Report Story 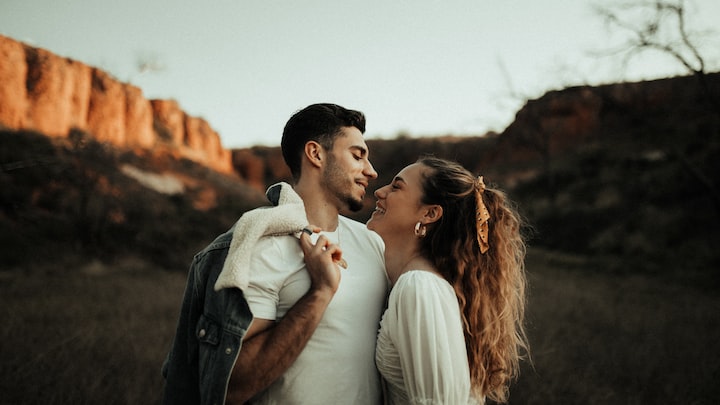 What does a breakup look like to you? Is it moving out of the apartment you shared with them, or is it deleting their contact from your phone? We can almost always point out the exact physical moment of a breakup. When does an emotional breakup happen?

I remember the exact day I broke up with my ex-boyfriend. The day I caught him cheating and walked away. The alarm in my head rang non-stop for months — I ignored it all. It was easier to stay where I was comfortable than face the reality of a broken relationship.

Looking back, I realized I had an emotional breakup months before the actual deal.

Sometimes, a relationship breakdown doesn’t look like the usual toxic behaviors but the absence of positive emotional engagement.

A lack of humor, laughter, and joy

Laughter is an essential component of any relationship. Sharing a laugh with loved ones fosters bonding.

Over the years, the joy and humor present in my relationship faded. There was no cracking of lame jokes or pulling each other’s legs. The conversations were casual or formal most of the time. Flirting was non-existent. Uncontrollable laughter over the silliest things had become a thing of the past. I avoided being my goofy self with him, in fear of criticism.

A loss of interest in each other’s daily activities

‘What are you doing?’ was the most asked question in the early stages of our relationship. Both of us had an equal interest in learning what was happening in the other’s lives, even if it was of no importance.

Towards the end, nobody volunteered to share that information unless asked. He rarely told me what he was doing or where he was going, and I did the same. Other than events like traveling or spending the weekend with family, the insignificant daily activities became just that — insignificant.

From knowing each other’s daily schedule, our relationship progressed to ignorance. Our favorite question had become redundant.

Arguments are an unavoidable reality of any relationship. Based on how it’s handled, it can either strengthen or weaken the bond. Conflicts often lead to a deeper understanding, if resolved healthily.

My partner and I seldom argued. At first, the lack of conflict seemed great. Through the years, I realized I didn’t care. We had problems, but neither of us was willing to work on them. Opposing views often went ignored, and at some point, I stopped arguing as I didn’t care about fixing things anymore. Unresolved conflicts eventually led to resentment.

Affectionate touch between partners leads to emotional closeness. While it’s common for couples to be very physical at the beginning of a relationship, over time touch gets overlooked.

The can’t-keep-our-hands-off-of-each-other stage during the start went great. But as time passed, affectionate contact like holding hands, a simple kiss, or sleeping in each other’s arms vanished. Even if one of us initiated it, there was a lack of response from the other. Soon both of us stopped trying in fear of rejection.

‘Everything is OK mentality’ when it’s not

On the outside, our relationship looked perfect. On the inside, we had problems we didn’t want to deal with.

We both knew something was wrong and made attempts at communicating it with each other. These attempts never led to an actual resolution of the problem. We were comfortable letting things remain as they were.

My fear of being alone stopped me from raising these issues. Instead, I slapped an okay sticker on our relationship and swept problems under the rug.

Lack of vulnerability or sharing of feelings

Vulnerability is a superpower. It is the driving force of connection. It takes a tremendous amount of courage to open yourself up in front of one another.

When I was suffering from depression, my feelings made no sense to him. He often criticized me for being lazy and unmotivated. This rejection of my feelings stopped me from being vulnerable.

Soon, I stopped sharing my emotions and hardships. It didn’t seem to matter to him, and I didn’t want to get hurt by his lack of empathy.

There is no talk about the future

For the first few years, we often talked about plans and dreams. Higher education, where to settle down, when to get married — these were all topics we discussed often.

Towards the end, we ignored these intentionally. The topic of marriage or taking the next step was never brought up. ‘Our’ plans became ‘my’ plans. When I thought of my future, it didn’t include him.

If you are dealing with these patterns in your relationship, take some time to introspect. Ask yourself, why you are feeling this way? Once you figure out your feelings, attempt to communicate with your partner.

Keep your fear aside and be open and honest. If both of you are willing to work on your relationship, then great. If not, ask yourself why you are still holding on.

For me, it was my fear that kept me in a broken relationship. I was afraid of being alone and not finding love again. Stepping into the unknown, after four years felt terrifying. This fear kept me stuck in a relationship that was not working, no matter how much I wanted it to.

Until the discovery of him cheating forced me to take the step. Our relationship had broken beyond repair a long time ago. I didn’t want to see it.

Take a hard look at yours and decide what you want to do. No matter how scared of the uncertain future you may be, being single is better than forcing a relationship to work.

A breakup is not a failure. A relationship ending is an opportunity for growth and new connections. Choose what is best for you because you deserve it.

More stories from Eshal Rose and writers in Humans and other communities.