by Jean Marie Baiardi about a year ago in dating 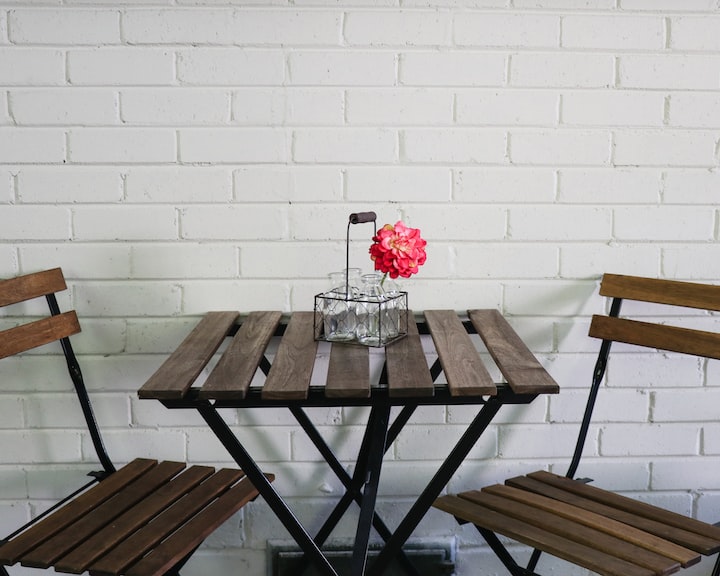 This was undoubtably the funniest, most inane first date, that was technically a second date, that June had ever been on. She paused in a state of incredulity and watched Kiernan as he gingerly sipped from his glass of wine. She stared across the table at Kiernan’s earnest face. “He honest to God, has no idea that we’ve been out before” she said to herself, utterly perplexed and mildly amused at the same time. “This situation is the raw life material that bad rom-coms are made of…” she contemplated. “And so this is what it has come to, my life has devolved into a crappy movie on the Lifetime channel.” June shuddered at the thought of being portrayed by a b-list actress with a layered lob haircut and partial low lights. “Ugh, and you know they’d style her in some kind of statement necklace” she anguished. “But who would play Kiernan?” This thought pre-occupied her, as the waiter re-filled their gluten free bread basket. “He’s not really a Brad or a Leo. Perhaps a Joaquin?”

Meanwhile, Kieran droned on about how he was descended from a famous 19th century Irish author. June, who worked as an assistant to a literary agent, didn’t jump at the conversational bait. “I’ve heard this before, all of it.” She had to stop herself from filling in Kiernan’s pauses with information she remembered from their first date. “How could he literally not remember me? I still look the same- I even have the same haircut!” June briefly gazed at the pattern on the curtains of the eateries window. Her eyes settled on a stitching of a ship on the horizon. June’s mind reverted back to their actual first date, which took place only about two blocks away at a quaint little bistro, much like the one they were currently sitting in. “This is one of the multitude of reasons why social media creates weirdness in new relationships,” June surmised. Four years had gone by since their uneventful “first” first date, and in the meantime, the two remained connected on Instagram. Kiernan, an actor who gained some recognition with a recurring role as a wisecracking plumber on a popular sitcom, had roughly two-hundred thousand followers, and June figured she must have just blended in with the masses. June herself had a mere 72 followers, compromised by a few friends and some family. His pictures popped up periodically in her feed through the years, typically selfies or pictures from various publicity events. Occasionally he would have an actress on his arm. June never engaged with him on any of his posts, preferring to watch anonymously. One day, Kieran posted a picture of his new pet Pug in a clown outfit, and June couldn’t help but laugh. “Okay, what the hell, why not?” She reasoned, and clicked the “like/heart” button. She briefly considered unliking the photo, but then thought, “Oh well, what’s done is done.”

A mere fifteen minutes later, June received a direct message from Kiernan. Kiernan introduced himself and asked if he could take her out to his favorite lunch spot. This struck June as incredibly funny, not only because he was acting like he didn’t know her, but also the “favorite” lunch spot he described wasn’t the place that he first took her, which he also described as his favorite place.

June looked at the message multiple times, confused and curious. She couldn’t tell if Kiernan had genuinely forgotten her, and possibly had some rare form of amnesia? Or was this some kind of bizarre prank- like she saw on all of those bad reality t.v. shows? “I mean, weirder things have happened, this is L.A, and didn’t he work on one?” June dismissed her wild thought and settled on the more likely harsh reality that he had just forgotten her.

Kiernan focused on June for a quick moment, then launched into his thoughts on politics, specifically the strained relationship between Northern Ireland and England. “Yes, yes, yes, I’ve heard every word of this before,” she thought, and stifled the urge to stomp her foot.” Kiernan continued on, pontificating like he was some kind of correspondent for C.N.N. “But what about me, Kiernan? He truly doesn’t remember me in the slightest…or does he?” June momentarily panicked. “What if all of sudden he remembers me? Then what?” she asked herself. But Kieran clearly did not remember her. That was the bitter pill she had to follow.

Kiernan continued on about Northern Ireland and England, focusing on the time period of the 1980’s and 90’s. “Wow, from the way you describe it, the conflict is eerily similar to the escalated tensions between Israel and Palestine,” said June, as if the thought had just occurred to her. (Kiernan had made this very point on the first date, and now June was just enjoying playing back his words to him. June mentally patted herself on the back for having an actual working memory, unlike Kiernan.) Upon hearing June make this point, Kieran locked his eyes on her as if she had articulated the most profound insight. “Precisely!” He echoed with excitement. At this point, the date had become something like a game to June. She remembered back to Kieran professing his admiration for the rock band U2 and all their philanthropic work. “You know who the tensions remind me of? Oh what’s his name? The lead singer for U2…Bono, right? What was that song he sang about it? Oh yes, Sunday, bloody Sunday.” She hummed the words out loud. “Yes! U2 was my favorite band as a kid,” Kiernan marveled momentarily, as if all of a sudden they had some kind of cosmic connection.

June paused for a moment of awe and nostalgia. She thought of some of the first dates she’s had, that didn’t necessarily turn into a second date. She pondered to herself that in life there are these momentary connections, when you say to yourself “Well maybe we are not going to be a thing, but we connected nevertheless, and how rare and once-in-a-lifetime is it that you get to re-enact that initial connection, and play an active role in its re-creation. The words “You never get a second chance to make a first impression” reverberated in her head. “Well, apparently that’s not true in this situation” she said to herself and muffled a laugh with her hand. June thought about the fleeting nature of these connections, even if it was the second time around. She watched Kiernan as he motioned for the check. Would there be a second date, to their second first date? June wasn’t overly concerned. “After all, he might just get back in touch with me after another four years, and reintroduce himself for a third first-date.” June decided to not dwell on semantics, and took a mental note not to like anymore pictures of Pugs in clown costumes that came across her feed.