by Madison Mackenzie 17 days ago in divorce

My hasty marriage to an illegal immigrant 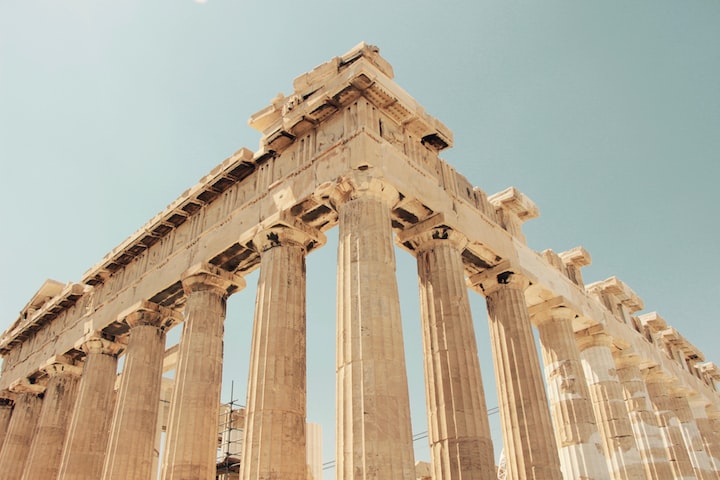 Photo by Hans Reniers on Unsplash

I often forget the fact that I’m still married to an illegal immigrant, or maybe I block it out. The events of the summer of 2018 seem so far away in time and space; it all seems like a fever dream to me now. The only thing that proves this was all real is my legal status: a married woman. I let myself get so detached from this episode in my life, I only remembered when I had to check that box on my taxes. Only then, I thought to myself, “wow, I should really do something about this”.

After my first year of college at Youngstown State University, I accepted an internship at a non-profit called Soles4Souls, an organization I had been involved with for a few years. The internship would take place at the company's headquarters in Nashville, TN. I planned on working there for only the month of June, because the position was unpaid. I had a distant cousin who even worked for the organization who offered for me to stay with her. So, come June, I ventured to Nashville for the first time. I have never been a big country music fan, so I was surprised when I immediately fell in love with the city. It wasn’t just drunken cowboys and bachelorette parties, Nashville was a vivacious mixing pot of culture and hidden gems. I called it the “coffee shop city”. When I wasn’t working, I was either thrift shopping or sipping an espresso and tonic over the sound of live indie music. Nashville was rustic, authentic, an exhilarating breath of fresh air compared to Youngstown, Ohio. I felt that this is where I had always belonged. In retrospect, I think I could have ended up anywhere, but Ohio, and felt peace.

Within the first few days of being there, I met Carlos, sweet, charming Carlos. He had everything previous boyfriends did not: attentiveness, ambition, and certainly, a sense of style. I had no intention of getting into a relationship during my short time in Nashville, but I couldn’t resist. The old, hopeless-romantic version of me wondered if maybe this all happened for a reason. Maybe I got this internship because I was destined to meet Carlos, who was obviously going to be the love of my life! More than the fear of it not working out, I feared missing out. Those “what if’s” in life drove me wild, so I agreed to go on his “tour of Nashville” date. (I also didn’t have a car, so having him drive me around saved me a lot of Uber money) He picked me up early in the morning and we spent the entire day sightseeing. He showed me the ancient Parthenon replica, broadway streets bubbling with drunk bachelorette parties, spicy southern restaurants, thrift stores, and coffee shops, of course. Finally, he ended his tour at “Love Circle”, a hill that overlooks the entire city and the place for the most spectacular sunset watching. It was there at Love Circle, just as the sky erupted with crimson and magenta swirls, our passion blossomed. I was in a city of trouble.

A month later, there I was, living in Nashville, permanently. After completing my internship, I had gotten a job as a barista and applied to transfer to all of the colleges in the city. It was always my plan to go off to college as far away as possible. (Youngstown State sort of has a stigma) I found when I was telling people I chose to go there instead of Roanoke, Denison, or Washington and Lee, they would disappointedly say, “Awe, yea there’s nothing wrong with saving some money on your undergrad”. So, when I told my family I wanted to stay in Nashville and transfer to one of the local universities, they were thrilled I was finally escaping Trumbull County. Though, they weren’t prepared to help me financially; I was to figure everything out on my own, as always. So, I chose Trevecca Nazarene University, not because I’m a devout Christian, but because they offered me the most scholarships. They also offered a music business degree, which really got me excited. I was finally chasing my dreams to be an artist as a full time job and escaping the horrid dreariness of Northeastern Ohio. The only problem was that rent in Nashville is double the cost of living back in Ohio, but Carlos had a solution for that: I could live with him and his entire family. Carlos, his mother, his two little sisters, and his uncle all lived in a small trailer in the Mexican outskirts of Nashville. When I first arrived in the city, I noticed there were way more Hispanic people than I expected to see in Tennessee. Later, I found out that Nashville is a sanctuary city, meaning that the local law enforcement limits their cooperation with the national government's immigration laws. Basically, they turn a blind eye if you’re an illegal immigrant, which Carlos was and still is.

When Carlos told me his story, it only made me care for him more. A struggling young man who had no choice in his illegal arrival into the U.S., he was only five years old when his mother brought him over the border. He had just graduated high school when I met him, top of his class, but could not attend college because undocumented kids can’t fill out a FAFSA. Though, he was a DACA recipient, a program instituted under Obama that allowed for minors in Carlos’ position to receive a temporary social security number so they could work and drive legally. However, Carlos’ DACA was about to expire when we met. He told me the easiest way to become a citizen, and really his only option, was to marry a U.S. citizen. Growing up in a family that didn’t seem to value marriage, I honestly didn’t see it as a big deal. With Trump as the new president, we worried he’d be deported. As I was in one of my famous manic moods, I was feeling extremely generous and very reckless. I had this American safety blanket swaddling me all throughout my life and I did nothing to obtain it, but be born. It didn’t seem fair that Carlos didn’t have the same opportunities as I did even though he’s been here since he was five years old. The least I could do was marry him, right?

So, we were married on August 10th, 2018 by an Australian woman we found on craigslist. I wore a forty-five dollar dress from the thrift store and he wore a leather jacket, despite the ninety degree weather that day. He really had a sense of style. The occasion took place in Nashville’s botanical gardens crawling with tourists who naturally gawked at such a young couple getting married, but no one said a word. Only Carlos’ mother and two little sisters were in attendance. My own family still has no idea.

As you might have guessed, it didn’t last. When it ended, I packed up immediately. All of my belongings fit into the containment of my small Honda Accord. Looking at my whole life’s belongings packed into my car that autumn morning, dug a pit in my chest. I was embarrassed, I was confused. I was contrite. I had no choice but return to the dismal, cloudy cage that is Ohio. Returning back there almost hurt worse than the abrupt end to my short-lived marriage. Though, neither myself or Carlos were really surprised things didn’t work out. After the lust wore off and the excitement died down, we became well-aware we had made a big mistake. Not that I ever hated Carlos, I more so despised my new college and living arrangements. As a dedicated atheist in a devout Christian college, I had not made a single friend. Carlos became a punching bag for the frustration and loneliness I felt. He was all I had, just a boy I had only known for a few months, and he responded to my hostilities with positivity and care. He actually tried, for at least a little while. Bringing me home flowers and even offering to leave his family and move back to Ohio with me if that would soothe my endless suffering. We both knew it wouldn’t.

But, I also didn’t belong with him. Nashville was his sanctuary city, not mine. His unbroken family was his, not mine. And, apparently, his lips were meant to kiss her, not me. I know now that I must never seek sanctuary in anyone but myself.

I'm a puzzle that can't be solved.

See all posts by Madison Mackenzie →