AK
by Arianna Kraljic 6 months ago in friendship

Rosalie and Her Best Friend 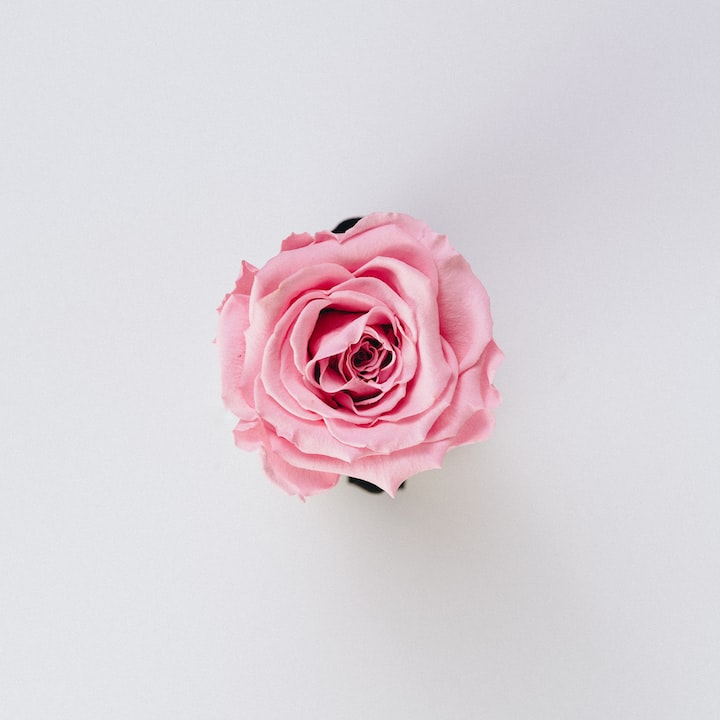 Photo by Bence Balla-Schottner on Unsplash

I was five-years-old when I met my best friend. We were both frightened because we were new. We did not know anyone. Only twenty kids were in the class, which included the two of us; it was big enough for us. She was sitting in the back of the classroom. I was also in the back but on the other side of the classroom. She was kindergarten short like me and had shoulder length golden blonde hair; opposite of her, I had long, chocolate brown hair. She had sparkling blue eyes and I had glimmering emerald eyes. She was called to the board to write a new letter from the alphabet that we were learning. She was ever so nervous, but come on, we were only five. Her eyes glittered with fear. I felt ever so sorry for her; I don’t know why. I know she was scared, but what was she scared of? What was I scared of? When she was done, I could almost see tears forming in her eyes. Although I was only five-years-old, I understood what feeling sorry meant. When she sat down, I smiled at her; she smiled back. I did not know that she would change my life.

Recess. Yes. That is where we truly met. That is where all or most of our good memories from our young childhood were made. She sat in one of the three swings in the faded blue swing set in the back of the playground--alone. I was alone.

“Should I go see if she wants to play,” I asked myself.

I crept over to the swings. She was looking off into the distance as though her thoughts were a million miles away, but as soon as she saw me, she quickly looked down.

I calmly answered to the silence, “Hi, my name is Rebecca. What’s yours?”

She squeaked, “My name is Rosalie.”

After she squeaked her name, I saw her smile. I gingerly sat down on the swing next to her. We sat in total silence until the bell to signal the end of recess rang.

I spoke up somewhat shyly, “Will I see you tomorrow?

I bravely piped up, “Friends? Can we be friends?”

She smiled again and said “Yes, let’s be friends. Friends would be nice. I don’t have any friends. I felt alone earlier, but now I don’t feel alone.”

Well, that is how Rosalie and I became best friends. We are not five-year-olds anymore. We are much older. Rosalie and I are now fifteen-years-old. We are sophomores in high school. Rosalie and I are the same height as each other, but our hair color and length are still different as they were when we were in kindergarten. We are much smarter now that we are high schoolers compared to when we were kindergarteners. Rosalie and I dislike the same teachers and other people in the school. We eat lunch at the same place every day together; sometimes I drive and times that I can not, Rosalie’s mother drives, and we basically do everything together. My life is great, but without Rosalie, I don’t know how I would get through life.

I am homeschooled by my grandma. Yes. I know that getting rides home from school doesn’t make any sense if I’m homeschooled. My grandma started to homeschool me when I was ten-years-old. This was the approximate time when my parents left for their “new” job. I know--sad, but I got over it. No big deal. Well, for my grandma it was a big deal. She could not teach me everything, even if she got books to teach herself or took lessons. It cost a lot to do that for some classes, and it was just easier for me to go to school for some classes.

Okay. Back to the main story. Rosalie and I are best friends and everything else that I have said before. You get the picture. Well, my geometry teacher is the worst. I mean I don’t hate math or have anything against it; it's just that I don’t understand it if I don’t have a good teacher. Both Rosalie and I struggle in it, but I, compared to Rosalie, struggle with it more. Rosalie doesn’t struggle with much of anything to what I have seen. Weird right? So along with two other classes, I don’t like to take because even my grandma doesn’t understand them, I’m lost. Sure. I can get a tutor, or do I need another teacher? So Rosalie is not only my only friend because we like the same things, but she also helps me with most of my homework.

Wednesday, October 1st, 2016. Test Day. No not Exam Day, Test Day. The day that we test on half of what we have learned in each of our classes. For me, I only have three classes to test on--thankfully. Exams are usually easier because they are the second time that we are tested on half of the material learned for the trimester. For me, I have Economics, Geometry, and Chemistry. Sure, I’ve heard that Test Day for these subjects is not that bad, but this is me we're talking about, not Rosalie my best friend.

Friday, October 3rd, 2016--the day that we get our tests back. Okay. Two out of three tests I did awesome on. Geometry hit me back in my face. I passed, but not with an A. I got a B- at least. Ya. That’s not bad for me at all. Exams are going to be in another month or so, but I wonder how Rosalie did.

“Hey Rosalie,” I screamed as I ran through the school doors, almost tripping. “How’d you do on your tests?”

Rosalie looked up and responded, “I got all A’s. How’d you do?”

I let out a big sigh from running before I answered, “I got all A’s and then a B-. I’ve gotta run because I have to take Grandma to the doctor.”

“Yeah. She just has to go for a checkup. Do you need a ride?”

“No. I’ll just call Mom. I think she said she was going to run errands this afternoon, so she should be able to pick me up.”

My year is not that bad, is it? No, it actually is going pretty well.

Fast forward to Exam Day. Am I scared? No. I’m not scared! I’m terrified. Did I study? Yes. Do I feel ready? Maybe. Do I want to? No. Do I have to? Yes. I know that I can do well with anything if I try hard enough and that is what I did on Exam Day.

“Well, here I go,” I say as I walk into my economics class. I see Rosalie smiling at me as I take a seat next to her.

“Are you ready Rebecca?” she asks.

“I guess so. I mean it's Exam Day. I got through all the other Exam Days and Test Days, so why can’t I get through this one?”

“Well, don’t be so hard on yourself. I know the only reason why you hate Exam Days and Test Days are because I am your best friend who gets better grades than you. You know what? That is a bad attitude. Show some confidence and ace these Exams!” Rosalie jumped onto her desk and screamed as she had just seen a ghost.

“Umm, Rosalie, you should get down. This is Exam Day we’re talking about.”

“Oh, right. I should get down.” Rosalie climbed down from her desk with embarrassment on her face.”

“Ok, Rosalie. Are you chill now or do we have to get some police force to come to get you and take you away?” I said sarcastically as Mr. Lee glared at us.

“Yes. I am chill now, but you still need to do well on your exam, or I won’t be happy because I want my friend to do well in school.” Rosalie whispered.

Mr. Lee started to pass out the exams. I was nervous, but I also felt ready. I did not know what I was going to get on my exam. I would have to wait and see until summer. Mr. Lee, compared to my geometry teacher, is the greatest. Mr. Lee is like a sweet old dog compared to Ms. Cramer, my geometry teacher. Ms. Cramer is like a rhinoceros that pushes through the rushes but doesn’t know where she is going and what she is running into.

July 4th, 2017. Summer--the summer that I never thought was going to come.

“Hey, Rebecca, why are you stressed out now? It’s summer for a reason--for not being stressed out! You need to be relaxing, not stressing!”

“What are you thinking about?”

“I’m thinking about how I got through this past year of school, and how I don’t know how I could have done it without a best friend.”

“Well, I guess you're not stressing. Good. Now, about that best friend. Mmm, where is she and who is she? Oh, she’s me! Wow, do I win a million dollars now! No, I win you because what would you do without a best friend?”

“I don’t know, but let’s go to the beach. I’m done thinking and now I want to relax. I’m getting really hot in my grandma’s backyard.”

Both Rosalie and I run into the house and grab our beach supplies. Rosalie had slept over the night before and brought a swimsuit and towel. Rosalie runs the fastest because she has the most energy. We soon run out again with Rosalie in the lead and throw the supplies into the car and jump in. I have my intermediate license which means I can drive with Rosalie in the car. Rosalie, however, is not quite there yet; she was scared that taking driver's training would interfere with school, even though you could take it in the summer. As a friend, I supported her, even though I thought she was overreacting.

Rosalie breaks the silence, “Are you ready or are you just going to sit there?”

“Rosalie, I am just really cheerful right now. How about you?”

“You know, I would be really cheerful right now if we were at the beach. Can we go and then you can contemplate your cheerfulness at the beach?”

I pull out of Grandma’s long driveway and head toward the beach. I’m not just happy but also thankful I have a best friend who tells me not to worry about school and that I just have a best friend, in general. Rosalie has changed my life because I would not have the confidence to get through school or anything else in life without her support.