by Georgia Toews about a year ago in satire
Report Story

And the organized man. 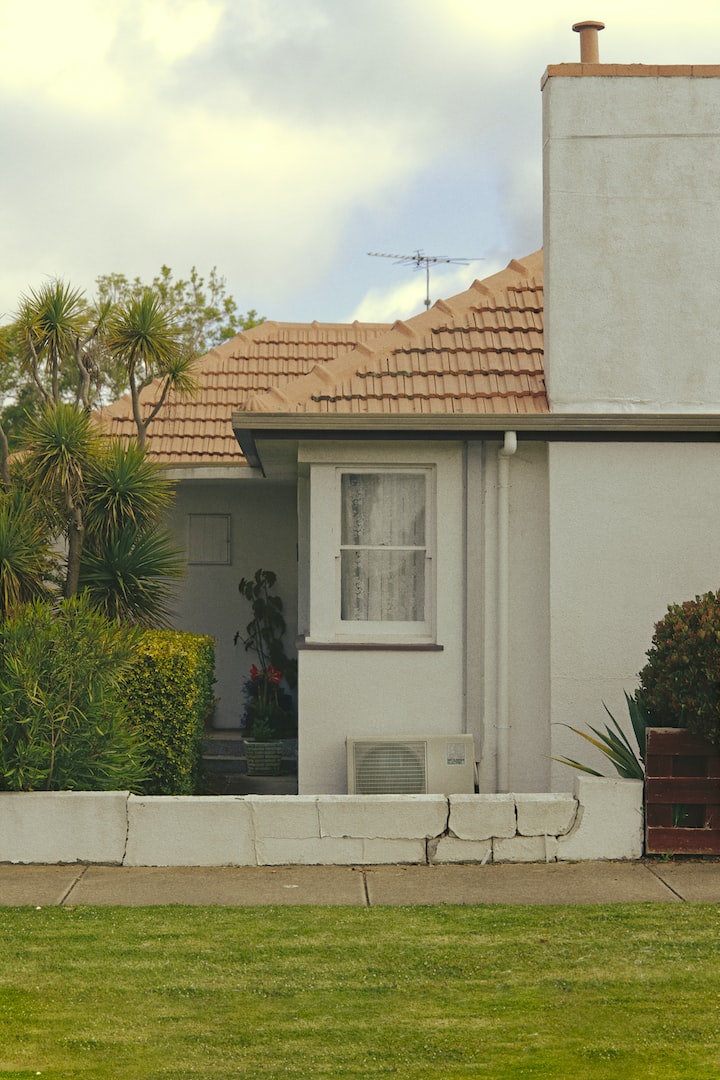 Photo by gryffyn m on Unsplash

The problem was Roger didn’t like to stick to a schedule, and I was dependant on one in order to maintain basic human function. Routine was not just important, it was essential. I am not an organized, nor generally motivated person, but at every hour on the hour my phone would create a persistent ‘dinging’ noise and I knew I had to move onto the next task at hand, otherwise I would slowly spiral into a void of procrastination and apathy towards hygiene, nutrition and physical movement. It had happened many times before, the last time becoming quite dire, which is why I sought Roger out in the first place. Accountability I liked to think. Surely my fear of confrontation coupled with a raging anxiety driven need to please others would keep me accountable to my new housemates schedule and therefore to my own. But Roger didn’t like to stick to a schedule.

This morning I got up at 7 A.M., I was groggy because Roger had stayed up all night. He wouldn’t cop to it, (he never did when pressed,) despite the overwhelming evidence of his nightly rampages. My coffee was preprogrammed to percolate at 6:45AM and when I arrived to the kitchen to bear witness to Roger’s late night escapades at 7:05, it was brewed and ready. I checked “coffee” off my list. I owned many thin black leather notebooks, all blank and lined as I found generic agendas did not leave enough room between there hourly blocks. I had many things listed, some at 7:05, “coffee” others at 7:06, “bear witness to Roger’s disregard for order and cleanliness,” (which I checked on the minute), and so on. It rarely stuck to a consistent 5, 10, 15 minute timeline because I had to account for Roger’s activity. If not, he would surely destroy me. I guess part of me feared him, but for that reason, he made a good companion.

By 7:15A.M. I had poured my cup of coffee, check, reviewed my daily to do list, check, and nodded in Roger’s general direction, despite the fact that he was asleep, check. It was a busy day. I won’t bore you with the rest of the list, but it was filled with many unavoidable tasks that involved multiple parties, as most mundane office jobs do. I was a statistician for a well regarded life insurance company and most of day involved technical math and circling back on numbers and statistics that weren’t technically making our investors very happy. I used the term “let’s circle back” on average about 14 times a day and have lost track if this cyclical promise was ever made good on, because there were always more numbers and statistics coming in, and those took priority.

By 7:30A.M. I had showered, check, while in shower brushed teeth, check, dried myself well enough, check and was nudely staring down at my preplanned outfit of navy briefs, brown slacks, eggshell button down and navy sweater vest. I heard Roger slip out into the backyard, he couldn’t even say hello? I had accounted for a small diversion in my morning activities, as I always did, so I allowed myself to put back on my robe and follow Roger into the backyard. Our fence was high enough so no one could look in, and Roger couldn’t get out.

I shouted at him in lieu of good morning. He was distracted by something in the garden, so I walked closer to him, hoping to get his attention, the grass was very wet under my feet, that was sadly unaccounted for.

“Why would you open the box when you don’t even like cereal? It’s quite obviously cereal”

He continued investigating the dirt behind the hydrangeas.

“Well it’s everywhere, and you shredded up the broom last week in some fit of yours, and I simply don’t have the time this morning to pick it all up piece by piece, so at the very least-“

It was futile, I bent down to see exactly what he was so incensed by. It seemed to be a small black canvas bag, lightly damp from the dew, but clean enough, so I would supposed it arrived not too long ago, as three nights prior we had a terrible rain storm.

Nothing, he just looked at the bag, then at me, he truly was incredibly unhelpful.

I grabbed the bag, it was heavier than expected but easy enough to pull from the dirt and hoist upwards. Roger looked up at the bag.

He dutifully followed, like a dog, and we arrived on the deck, (which I had many lists ago embarked on staining but never got to because of Roger.) It wasn’t odd for things to be thrown over the fence, some of value, some trash. As soon as something arrived however Roger tended to claim it, and even if someone else came looking for their misplaced or mis tossed item, Roger seemed to strongly enforce the age old rule of, ‘finders keepers.” No one ever came looking for an item twice, another anomaly I made time for in my schedule, yet willingly chose to omit from my notebooks.

$20,000 dollars. In two large freezer safe plastic bags. It was the most valuable of all trash Roger had uncovered to date. I quickly shoved the bags back into the canvas bag and stared at Roger, he was silent. The house to my left quiet, beyond my high fence and corner lot, an alley leading into a busy road that eventually connects to the highway. The bag must have been thrown high over the fence from the alley, to land in my garden, and the thrower, must either be on their way east if they continued on the busy road, or, they will have remained in the alley.

Roger turned away from my weak shout towards the alley. He detested this part of the routine.

“Have you misplaced a package?!”

Nothing. That amount of money was blinding, not enough to guarantee retirement, but enough to for a trip, a reprieve from my endless schedule? Or enough for many automated trinkets, one to dress me, one to pour my coffee and add my cream, by removing these mundane tasks think of how much more I could add to the my schedule! At least 3-5 things, bowel movements could take the space and time they deserve. It could be a new brand world for me. Why should Roger always lay claim to various fence throwings, it was my yard after all.

“Well no package has arrived here!”

I winked at Roger, and swiftly grabbed the bag and cash and run back inside, again, he doggedly followed. I placed the bag on the kitchen table next to my notebook. So many unchecked items, so much to account for, and yet…

“No, no sir I’m very sick-I motioned for Roger to keep quiet while I called my boss, we had thinking to do- so yes, no I’m sorry, yes of course we’ll circle back.”

Freedom, for the day. Now what to do with the money?

“Well I think it’s obvious we just split it.”

He turned away from me heading to his chair in the living room.

“It only seems fair!”

I shouted after him, he stretched out, non plussed.

I called my friend Dave.

“Hey buddy how ya doing?”

“Roger found something this morning…”

“Backyard, someone must of thrown it over the fence.”

“Oh jeez, I don’t know your best bet is probably just to call the cops, right? Whoever threw it will most likely remember where they threw it and come back.”

I looked at Roger, he would not allow it.

“Why? You’re not going to get arrested.”

There was a loud knock on the door.

“Oh no, someone’s at the door David.”

I hung up the phone. Roger was calm, the knocking got louder, more urgent. I yelled out to the door.

Back to Roger, who kept his eyes trained on me.

“Were you expecting someone?”

The knocking returned. Far from knocking at this point, what started as a gentle knuckle rap was a full blown two closed fist urgent banging on my front door. I looked to the bag, grabbing and packing it up. Roger scowled at me as I motioned for him to hide. I was close, too close to grabbing him by his neck and throwing him into his room, but he sensed I was a man on the edge and quickly darted past me beyond the door below the stairs, I threw the money in after him.

I steadied myself, trying to conjure up a menacing face, ‘I am a confident man’ I thought to myself and went to the door.

Before me stood a large gentlemen, ‘large’ was almost undervaluing how grand this man truly was. He must of stood at 6’ 7” or 8”, eclipsing the morning sun behind him, perhaps, though I am not a good judge of weights and measurement, 250 pounds. He said nothing, like Roger, he just stared in my general direction, in turn, sizing me up. I am sure by this point my menacing face was no more.

The man huffed through his nose, I half expected fire to flare out of each nostril.

“I think I left something in your backyard.”

“Oh my wow. Well…forgive me, I haven’t had any backyard gatherings in quite some time, but perhaps you know Roger-“

He pushed past, towards the sliding glass door and the backyard, out to where Roger had initially drawn my attention to the canvas bag. My throat felt dry. Had I remembered to schedule my yearly ear, nose and throat exam, yes check. The man was turning back to me now, I was sweating profusely, was I up to date on my vaccinations? Yes, check, this was not a flu symptom. My hands shook, had I been screened for early onset arthritis? Yes, twice, check check.

Once more I faced the mans chest, and adjusted my neck to crane up to meet his eyes.

I saw him unzip his jacket, what an odd choice for temperate weather today, beyond his zipper was a small handgun, or maybe regular size but relative to the size of his hands, small. He pulled it out, and now instead of his eyes I met the barrel of a gun.

“Yes yes, I’d imagine feeling that way about a hypothetical bag of money-“

Had I gotten my affairs in order? Yes last Tuesday exactly, check, but I did feel pressured into a mahogany casket and that seemed, superfluous for a technical mathematician-

Suddenly Roger sprang from the deck, latching himself onto the large man’s neck. His sharpened claws tore at the wide circumference of flesh below the large man’s head and immediately he fell. My deck, in minutes, would be ruined by this mans gushing fluids.

“This is why I can never stain it.”

Roger, though he never smiled, hopped off the expiring man and retreated to his seat in the living room. Licking the bits of stranger off his tiny tabby paws.

“So I guess you want the wet food for dinner then?”

I yelled after him. Nothing, but I knew. I would have to adjust my schedule to accommodate acquiring another tarp, shovel and a trip to the pet store. Roger was a good roommate, but he wreaked havoc on my daily schedule.

More stories from Georgia Toews and writers in Humans and other communities.