by MerleVillalobos 4 months ago in family
Report Story

What is childhood? Childhood is a beautiful dream, when you wake up, it has long disappeared; 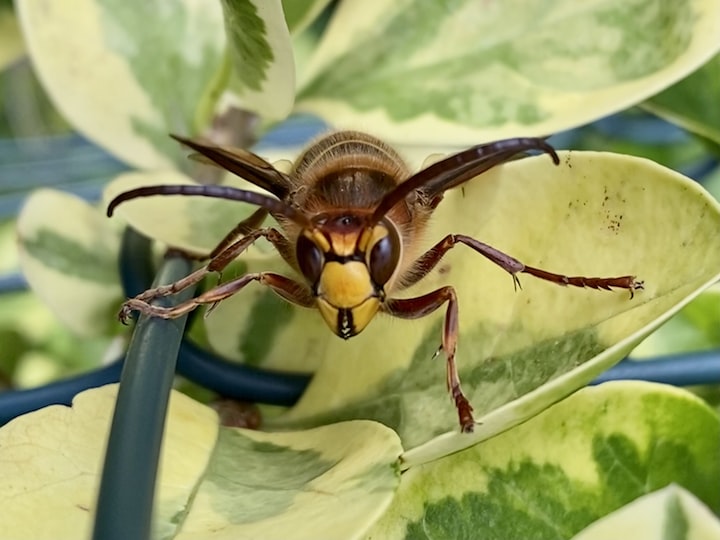 Photo by Michael Lefrancois on Unsplash

I remember when I was only four or five years old, followed by my grandfather lived in the old house, the yard is not always, full of weeds, grandfather will find a hoe to weed. I slipped outside to the yard to play and unconsciously came to a large pond, this is my childhood paradise. I saw a hairball growing on a large acacia tree near the pond. At that time, I wondered how a hairball grew on the tree. Could it be the fruit of the catch?

I ran home and told my grandfather about it, and he said it wasn't a hairball, it was a hornet's nest, and there were a lot of hornets living inside. I asked my grandfather what hornets were. Grandpa said it was a flying insect with spikes on its butt that would sting people, and told me not to go there again. I said no, but I was itching to find out what was going on while my grandfather was out running errands.

When my grandfather finished hoeing the weeds in the yard, the sun was already blazing, and he asked me to go with him to the restaurant in the back street to have lunch, so I found an excuse that I was not hungry and did not go. Looking at the distant figure of my grandfather, I can't say how excited I was. When grandpa's figure disappeared at the end of the alley, I hurriedly picked up a small wooden stool and a long stick and ran towards the pond outside the courtyard in a hurry.

Along the way, many people looked at me strangely, and I snickered in my heart, where they knew I was going to do something big! The more I thought about it, the more excited I got, and I picked up my pace. When I arrived at the acacia tree, I looked around and there was no one, not even a dog. So I got ready to commit a crime. I took a look at the ball of wool, flying around like a mosquito flying insects, black and yellow color line, but much larger than the mosquito.

I put the bench under the acacia tree, and then stand up, ready to use a wooden stick to stab the hairball. At that moment, a sudden gust of wind, the wind blew me directly from the bench, and fell. I looked up at the ball of hair, it was also the wind blowing swing it. Then I looked at it and saw a yellow liquid coming out of it. I was thinking, that can't be anything good to drink, right? When I thought about it, I couldn't help but laugh out loud.

I stood on the bench again, and after choosing the right angle, a stick swung down. I heard a "pop" sound, and the ball of hair was knocked over to the ground. I wanted to go closer to take a closer look at what was inside. But before I could get to the front, I was surrounded by those big mosquito-like flying insects, which are the hornets that grandpa said. They were all fierce and fierce as if a group of warriors was going to war with me, the intruder.

Of course, I am not afraid of these flying insects, so I just stood there motionless, and did not think to escape. What can some flying insects do to me? But after their thorns stuck in me, I knew that the pain was burning like fire, and a red and big bag on my arm, raw like cut flesh pain. I did not expect the power of these small flying insects will be so great, so while crying and running to the village, while running also waved with a wooden stick.

I ran to a small restaurant next to the village council in the back street, but the warriors were still in hot pursuit. I felt a hot pain in my back, but it did not stop, and my cries became louder.

I went to the village clinic to get some medicine and applied it to the bee sting. It took a long time, and I still felt the pain in my back, but it was all self-inflicted. I felt like a dog in the water at that time, and I was in a very bad way. From then on, I never dared to mess with those little things again.

Whenever I think about it, my arm still seems to hurt, and to this day, as long as I see bees and other small flying insects, I will be scared to hide away.