One For The Angels

by Jonathan Green about a year ago in humanity
Report Story 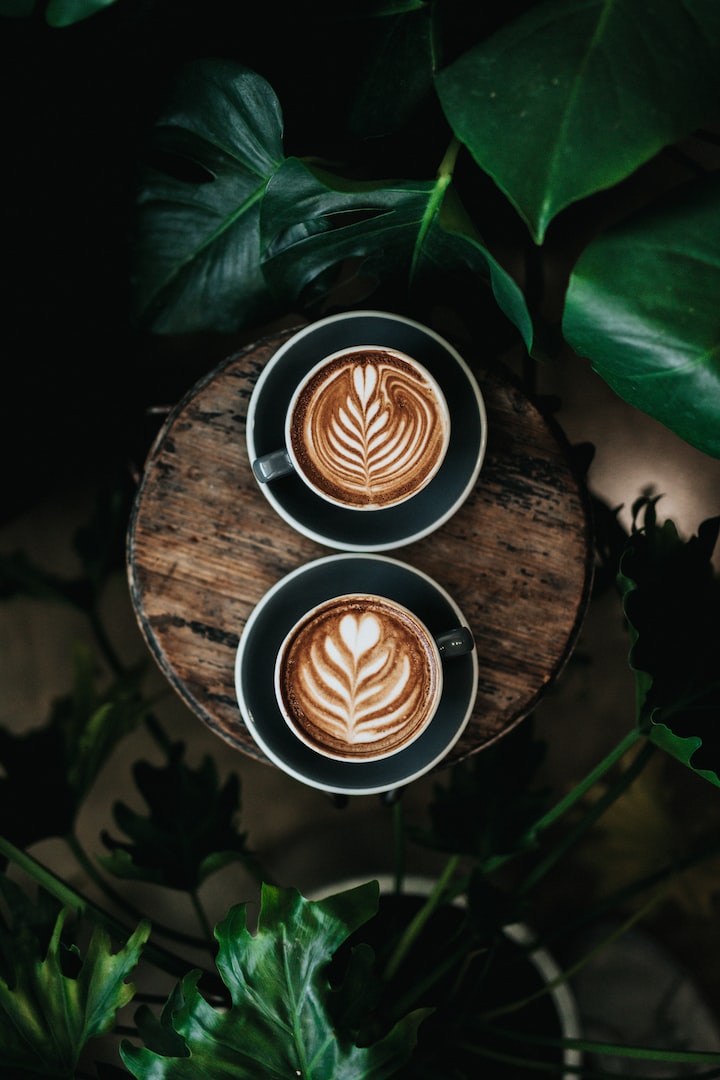 Greg always wondered how he’d react to seeing someone hit by a cab.

He was walking his usual route home- down 5th passing Madison; when out of nowhere a cab screeched to a halt in front of him. Even more out of nowhere was the man that flew over the hood and rolled across the windshield; his gray Herringbone suit offering precious little in the way of cushion.

As the stranger was flung over the cab and deposited at Greg’s feet, a moleskine, little black book was flung from his hands. Greg helped the man up and looked back to the cab, only getting a JPT- before the panicked driver got too far away. “You okay?” he asked as he steadied the man on his feet.

“I think so,” he replied, running his hands over himself to make sure a piece of him wasn’t missing. “My book?!” He became frantic, searching desperately. Greg noticed it a few feet away and started to retrieve it, but when he let go the man wobbled and threatened to go down. So he slowly placed him on a stoop, then walked over to the book.

As he bent down to grab it, just before his fingertips made contact, a charge went through his whole body. There was something coming off the book itself; something imperceptible and wonderful. He paused for a moment, experiencing an aching sense of déjà vu meets fait accompli- then he scooped it up, walked back, and placed it in the hands of the man on the stoop. With a grateful sigh the man clutched the book. He flipped through the pages, making sure everything was in order, but as he went to stand he winced and grabbed his right knee, then sank back into the pavement. He looked at Greg with childlike eyes and said, “I’m not going to be able to keep my appointments.”

“The only appointment you should be worried about is a doctor,” Greg said.

"No, you don’t understand, these appointments must be kept.” Then the strange man reached out and took Greg by the hand, and as he did, a surge of the same power Greg felt moments before rippled through him. The man looked at him with those childlike eyes and said, “You have to keep the appointments, Greg. Just for today. We’re interested in the lowliest sparrow, and these people are worth far more than sparrows.”

Greg stared into those eyes as he tried to pull his hand away, but he couldn’t. Some force, some power, something was keeping him completely still. It lasted only a moment or two before he jerked his hand back and retreated a few steps with the momentum.

Greg didn’t know which was more unnerving, the indefinable energy that was permeating the atmosphere, or that this stranger was calling him by name. He just knew that he was in fight or flight, and only realized the decision he’d made after he was 3 blocks away. He stopped to catch his breath, doubling over at the knees, and shot a quick look to see if the man had somehow followed. NOTHING. He got hold of himself and slowed his breathing. He checked his surroundings and found he was near 23rd; just a few more blocks and he’d catch the train home, making this just a weird New York anecdote he’d tell at parties. But as he went to turn down the street he found himself arrested; statuesque and unable to move. His feet felt as if they were made of lead’s cousin- super lead. Then he felt a strange sensation in his back-hip pocket. He reached back and felt the little black book.

He slowly brought it to himself, feeling that same energy. He prayed he hadn’t stepped into a Black Mirror episode, but he couldn’t ignore the pull. He slowly opened the book to its first page.

Greg inexplicably found himself transported to a cramped one-bedroom in Washington Heights, looking down on a 55-year old woman dressed in loungewear and sleeping peacefully on her sofa. She was covered with a large afghan, and the half-eaten sleeve of Oreos indicated she’d indulged her sweet tooth. His heart was racing so fast his mind was at least a half-mile behind. When he came to himself he knew he had to get out, but again found he couldn’t move. Then he saw it.

He didn’t know how or why, but he could see through the woman he knew to be Angela. Saw through her like an x-ray and saw all the inner workings of her systems. He saw her heart beating and her lungs expanding. He saw the nerves and sinews of her body working in harmony. He saw the clot as it was moving toward her brain. In a few moments Angela would be dead. Then, by whatever power had moved upon him, Greg reached out and touched her neck where the clot had paused. He reached through her, scooped the clot into his hand, and took it out of her body. Then he looked in his hand and watched the clot dissolve. Angela was going to live.

She stirred for a moment, then rolled over and pulled the afghan a little tighter. Greg stepped back and stared at her. WHAT IS HAPPENING?! Was this real? Was he having a fever dream? Or caught in the Matrix? He had no explanation for the events that had transpired over the last thirty minutes, but he knew in the deepest part of himself that whatever was driving him- whatever power, whatever force- was good. God, the universe, some cosmic sense of balance- whatever it was, it was doing good things. Once this became clear his heart stopped beating erratically, and his mind slowed to a calm, natural pace. He surrendered himself to what was happening. He looked at Angela, sleeping peacefully, and smiled.

Then he opened the little black book.

Greg was now standing in the kitchen of an Upper West Side townhouse. At the table sat Billy, an investment banker in his mid 40’s with impeccable hair. All the lights in the house were off and keeping Billy company was an empty glass and a bottle of Johnny Walker. Billy was distraught, and Greg felt the weight of his depression and loneliness. Greg saw like a snapshot in his mind the moments that lead Billy here; each superficial friendship and abusive relationship like the cut of a razor in his soul. He saw the final straw- the woman Billy loved, the woman he’d planned to build a life with, told him she didn’t love him anymore.

Billy didn’t care how much time it took him to get clean, or the promises he made his mother before she passed- promises he’d kept for five years. None of that computed in this moment. He didn’t want this drink, he needed this drink. And it was only one drink. Just one.

Billy’s hand shook as he reached for the bottle.

Moved by the same power that overshadowed him, Greg put his hand on Billy’s shoulder as tears streamed down his face. His presence was undetectable, and even though Billy never spoke aloud Greg could feel his spirit cracking under the weight. He couldn’t take much more. Then Greg leaned down and whispered in his ear. “You don’t need this, Billy. This isn’t for you. It’s going to be okay. You’re going to be okay.”

The words poured into Billy’s ears and all the way down to his soul. The atmosphere of the room changed. The atmosphere of the man changed. Billy felt a new strength in his spine and in his spirit. He wiped his face, and as his eyes cleared so did his thoughts. He pushed away from the table, grabbing the full bottle and taking it to the sink where he deposited every drop into the New York City sewer system. Then he reached for his cell and hit speed-dial 3. “Hey Dan”, Billy said with a trembling voice, “I’m not feeling too good.”

One by one Greg kept the appointments and saw miraculous, life changing events. A son reunited with his father, a scientist discovering a new vaccine, an old lady in Harlem with $15,000 of debt, who, with a gentle nudge from Greg, bought a scratcher worth $20,000.

Greg found himself in the midst of a terrible storm as Erica screamed into her phone and paced around her living room. Whomever was on the other end was receiving a string of obscenities that would make Tarantino blush. When she ended the call, Erica was out of breath and out of thoughts. She had nothing but to sit down and cry- so that’s what she did. In the midst of her anguish she cried out, “Why God?! Why?!”

Unlike all the others, Greg couldn’t help this woman. He tried to move to comfort her as he had done before, put his arms around her and offer up encouragement, but he couldn’t move. Something was holding him back. He wanted desperately to see her thoughts, heal her wounds, take her pain away- but there was nothing he could do but stand and watch. Watch as she poured out her heart and her mind in great, heaving sobs; asking the same question over and over, “Why?” He began to count her tears and assign each a number as they stained her dress, her sofa, and her carpet. Eventually, Erica had nothing left- no tears, no voice. She moved to the corner of the sofa and pulled her legs into her. Greg was finally able to move, but no further than the opposite end of the sofa. So, he sat with her. He sat with her for hours, until she was ready to get up.

As she did, Greg closed his eyes.

When he opened them, he found himself sitting at an outdoor table at Café Au Lait with a fresh cappuccino in front of him. Across the table sat the strange man from earlier in the day. He reached out his hand with a smile and Greg felt himself hand over the book.

“She was in so much pain,” Greg said with a sigh.

“There’s a difference in the pain that brings suffering, and the pain that brings growth,” the man said as he sipped his latte. “Muscles are torn to build up bigger. Faith has to be challenged to become stronger. If every obstacle was moved for you how would you grow?”

“Oh yes. As real as death and taxes.”

Greg paused, then asked, “Am I gonna remember any of this?”

The man smiled as he took another sip. “In your mind? No. In your heart? This day will be played out over and over again. With every unselfish act, with every kind word, with every good deed in a weary world- you’ll be doing the work of the angels.”

Greg turned this over in his heart and smiled- that would be enough. He took that first sip, and it was just the way he liked it. He looked up from his drink to find himself sitting alone in a beautiful café he must have passed a thousand times before. He felt warm all over. Part of it was the coffee, but part of it was something else. He smiled again, and took in his surroundings.

Jonathan Green is a screenwriter, playwright, and author living in Florida.

He loves to explore the themes that connect us all as people, and if we ever truly get over that first heartbreak.