My First (and Second) Tattoo

by Kaitlyn Dawn 2 months ago in art

an adventure with my university roommate 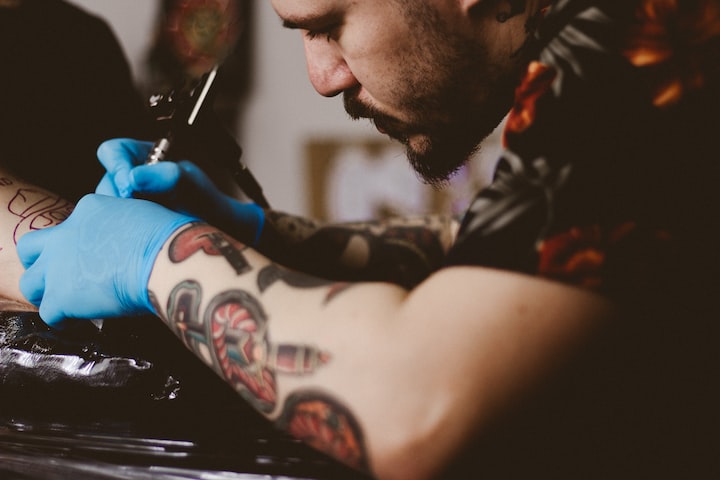 At some point in our first year of university, my roommate ("M") and I talked about getting tattoos together. Not matching ones, just going and getting them done at the same time. It wasn't until our third year that we finally made it happen.

January 6, 2014- M and I went to a local tattoo parlour to ask questions and (potentially) get our first tattoos. The tattoo artist was busy, but let us see some of her work. We had a look through and decided that day wasn't the day.

October 25, 2014- I was on the phone with my mom when I got a notification from Facebook: "What would you say if I got a tattoo tomorrow?" -- it was a message from M. After my phone call, I knocked on her bedroom door, walked in after she responded, and I said something along the lines of "You can't get a tattoo tomorrow because I have a sorority event tomorrow. I want to get one with you, can you wait until Monday?"

October 26, 2014- I came home from my event and asked M if she still wanted to go the next day. She was sort of sheepish and said "No, I think I changed my mind." Not a problem at all! There was no rush, and it meant we'd have more time to plan (maybe make an appointment later down the road).

October 27, 2014- I stayed home from class, although I'm not entirely sure why I did. (I'm hoping this was the day my professor couldn't leave her house due to a snowstorm and living in a town an hour away from the university ... otherwise, I guess I played hooky!)

It was 1pm when I looked down at my phone -- I didn't have the ringer on, and I ALWAYS missed texts and phone calls, so the fact that I saw this incoming call was a miracle (especially given that I was also supposed to be in class and would've DEFINITELY missed the call). It was M, who had never ever called me up until that point. I picked up the phone, nervous that something was seriously wrong ... quite the opposite. "Hey, I changed my mind! Can you meet me at the bus stop after my class, around 5pm?" Four hours. She was giving me four hours to pick out two tattoos I wanted. (We knew that it was $100 minimum, so we figured we'd get two small tattoos each to make it more worthwhile.) Challenge accepted!

Side note #1: M graduated with a degree in Fine Arts -- this girl is extremely talented, and she designed her own tattoos while she was in class! I went onto Google images and got a rough idea of what I wanted -- this was all very risky for me, not typical Kaitlyn behaviour.

I met M at the bus stop, and away we went. We made sure there was a tattoo artist available, as we just walked in without an appointment -- and we were very lucky we were the last people she made time for that day, because she was an incredible artist! Then we talked to the artist about what we each wanted, showed our ID for proof of legal age, then paid and signed the papers.

Side note #2: My Grandpa only had two major rules for me. 1) Don't become a stripper. 2) Don't get tattoos. My credit card was joint with his, and I had no idea the tattoo parlour wouldn't take debit -- I was very panicked! The guy assured me that it wouldn't come up on the bill mentioning anything with tattoos (and it didn't, so yay!), and my Grandpa didn't find out I had a tattoo until a year and a half later. (And he never did find out about the second one before he passed.)

When the artist asked who wanted to go first, I knew M should, or else we risked her backing out. (I asked her later, and she said she might've -- the sound of the gun was much louder than we both expected!) Of course I wasn't going to say anything that I was thinking, but luckily M did go first.

Then my turn was next. I got a puzzle piece for autism, for my brother, on my wrist. I also got my zodiac sign on my ankle. But let me tell you about the wrist, because it was the weirdest feeling in the world (in my opinion)! When the needle was going, it felt like my wrist was being slashed ... and then when the gun was stopped, the pain stopped. Having my ears pierced as the only body modification I could compare it to, I assumed tattoos would be similar (like a throbbing sensation for 30 minutes after it was done). But nope, just pain during the procedure and a relief while the artist got some more ink ready. To be honest, I preferred the tattoo pain to the ear piercing pain.

M and I went to dinner afterwards -- sushi, I think. We couldn't stop admiring our skin with these permanent images, gushing over how cool we felt.

October 12, 2020- I've often wondered in the last six years if I want more tattoos -- some days I really do, other days I think I'm over them. But I have no regrets about my first two; as semi-impulsive as they were, I always look at my tattoos and smile. Plus, M and I had a fun adventure that I cherish and still remember fondly, and it's an experience that has bonded us for life.