by Gisselle Canales 11 months ago in literature

I didn't want to, but I had to do it. I got a roommate. I love living alone and the idea of my apartment being my hideout from the whole world. But because I want to work part-time so I can focus on school I had to get a roommate in order to buy for my nice apartment. I called my old friend Tommy Conlon and he accepted to be my roommate. So now I wait for him to get here with all his things.

A knock at the door interrupts my thoughts. I go over and open the door to find Tommy.

"Hey, darling. Thanks for letting me stay here."

"No problem. It's a big help you staying here. Come in." I move and he walks in.

He only has a duffel bag and a backpack. Guess he doesn't own a lot.

"Take a seat on the couch and I'll give you the run down."

He sets his stuff down then walks over to the couch. I sit next to him but while facing him.

"Alright, so I like I said you have to sleep on the couch, which I made sure is comfortable. You can treat my place as if it was your place as long as it's not messy and you respect my space. Have the rent money ready by the end of the month." I hand him the spare key, which he takes.

"Alright, sounds good to me, darling. There will be times where I have to go away because I do professional MMA fighting now."

"So your performance at Sparta helped you?"

"Yep. Arm's all healed and the military isn't after me anymore. So I can pursue whatever I want."

"Don't know yet. So until then, I'll be spending my time at Colt's gym training with Paddy if you need me."

"Of course. Monday through Thursday, I'm at school and weekends I work at the dinner in the morning if you need me."

"Gotcha. Alright, well, I'll get settled in if you need me."

He nods then I leave. I guess in a way it's gonna be nice to have a roommate. I won't be lonely and I'll have someone to talk too. And he happens to be a good friend who I find attractive.

Friday is my day where I no school or work so I use this time to relax if I don't have school work to do and in this case, I don't. I lay on my bed while thinking of what to do until a knock at my bedroom door snaps me out of my thoughts.

"Uh, just wanted to see if you wanted to go to the gym with me?"

"Well, I could help you learn to defend yourself and you can help me too."

"Just come and I'll show you. Please, it's better than being stuck in here bored and we can eat afterward."

I smile. He's right it's better than being stuck here. It's been a week since he moved in and I've enjoyed his company a lot. He makes me laugh and he cooks well. He's made me develop some feelings toward him.

"Cool. Meet me downstairs when you're ready." I nod then get up.

I hope this is fun.

When we get to the gym he starts us with warm-ups. I am already aching a little after stretching out my muscles.

"You'll get used to it after a while if you keep coming with me."

"I feel like I got into a car crash." He laughs then bends down puts his hands under my back then lifts me over his head.

"What the hell are you doing?" I don't move for fear that he'll drop me.

"Using you as weights." He moves his arms up and down while I just shake my head.

"Because you're perfect for it and to give you a little break." After doing like 50, he sets me down. I can feel my face is red because that was kinda nice. After getting a little bit of a workout in we both sit down. 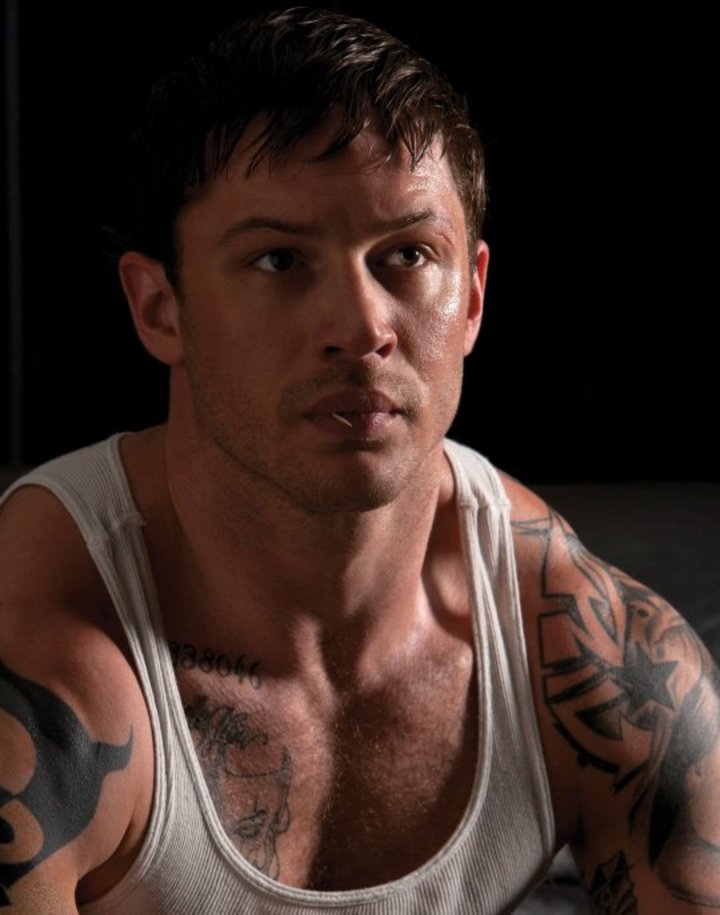 As he takes his gloves off, I look at him. The last time I saw him was when were young. He wasn't as big as he is now and he didn't have any tattoos. He wasn't angry nor closed off when I first met him like how he is now. A lot has happened in his life. As I look at him I can't help but think how it would feel to be in his arms and to feel his strong chest again like when we were young. He looks up causing me to look away.

"Where do you wanna go eat?"

"Alright. You sick or something?"

"Cause your face is red."

"It's from the workout, don't worry. Let's get going."

"Alright." That was close.

The next day, while I try to get some sleep in, I hear noises coming from the living room. Is that Tommy? I hope it is. I get up while wrapping my blanket around me and go to the living room. "Tommy?"

He turns around from his spot at the fridge. "Hey, sorry. Did I wake you?"

"No, I was having trouble sleeping."

"Me too. I got up to get some water." He grabs a water bottle then moves back to the couch. "Why couldn't you sleep?"

"If I tell you will you tell me why you couldn't either?"

"Yeah." I over to sit next to him on the couch.

"I have insomnia. Had it since we've known each other. I think I got it during the time my parents would constantly fight and then they split up. Then it got worse when I shut myself off thanks to my depression. Lived with it since."

"I remember those days. You come over to my house through my window then when I had you in my arms you slept like a baby." I laugh.

Those are some of my sweetest memories.

"So why can't you sleep?" I say as I scoot closer to him and he wraps his arms around me.

"Well, it's because of the hell I went through because of my pops and from being in the military. Therefore, sometimes I wake up from nightmares or I just can't sleep."

"Yeah. I understand. Tommy, do you wanna sleep with me and maybe we can get some sleep? Just like old times?"

I lead him to my bedroom then lay down. He gets in and brings me into his arms. "Good night, darling."

"Good night, darling." That night we both get some real sleep.

The next morning I wake up to find Tommy playing with my hair.

"Morning, handsome." He smiles then leans in and softly pecks my lips. "I have to get ready for work."

"Yeah. Hey, listen when you get back do you want to go out on a date?"

"Also next month, while you're on break, do you wanna accompany me to Vegas? I got a fight and I would love it if you were there."

"Awesome. I'll leave you to get ready."

He gets up and leaves. He wants to be with me. Back then we loved each other very much but we never did anything. Now that he's back in my life we're gonna do what we never did back then. Be together and full of love.

Whenever I go out I wear jeans and a shirt with a cool design. I may be a huge tomboy but I am a sucker for romance.

See all posts by Gisselle Canales →