by ohkaynoah 11 days ago in literature 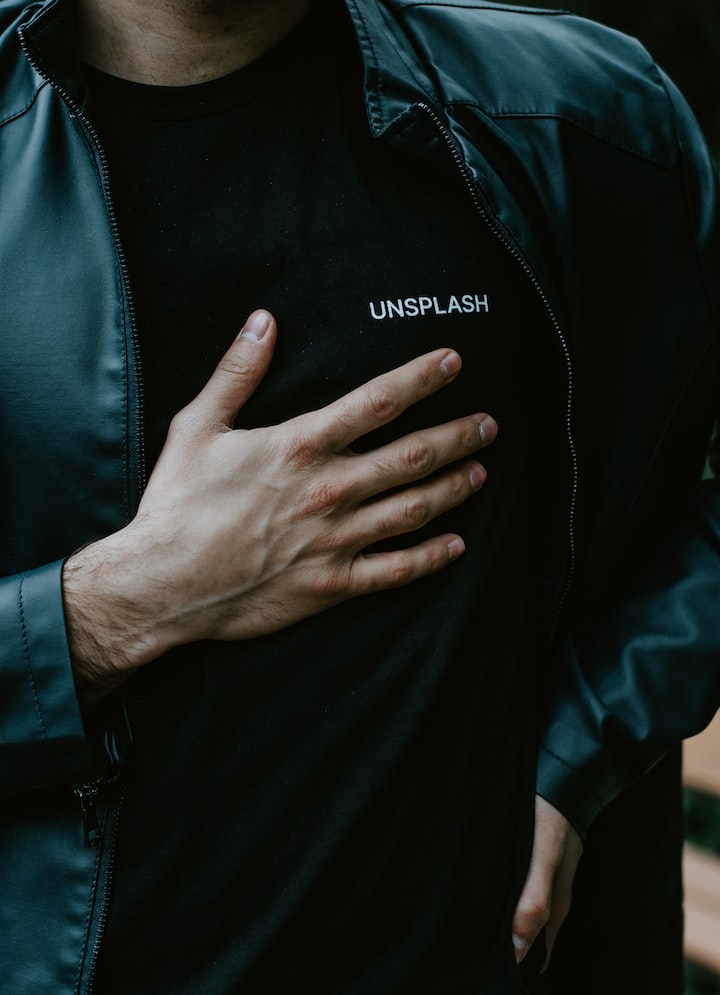 What would you do if you knew the exact time that you were going to meet the person you were destined to be with?

No, this isn't one of those sappy love stories that you see on Hallmark. It's not a rehash of a familiar musical where the guy meets the girl and they live happily ever after like your favorite Disney movie. Hell, it's not even some sci-fi flick where you can see the seconds counting down to when you meet that person. If anything, it's the opposite.

It's how you can be in a place so large that you're eaten by the very smoke coming from cars in your own apartment. Or, so small that knowing everyone's name and favorite color still doesn't bring you any closer to understanding them.

Why ask this question then? What would you do? Well, a good friend of mine asked me about this once, and do you know what I told her?

Predictability has been one of the major structures of my life. Adaptable when forced I am, but when I can avoid having to change? I'd rather not. I'd rather continue my life between work, the pub, and home with my dog. Simple, unbothered by other humans, and definitely not putting myself into a position to get my heart ran through the monthly shredder truck.

My name? Well, it's not really all about me but I guess I'm pretty important. At least that's what people tell me all the time. Reid Fitzgerald. 28 years old. Alone. I like coffee, good whiskey, and my dog Willow. I can't say I'm the one telling this story -- there's a lot of stories to tell in this one.

To sum it up? The heart is a painful organ to live with.

Words. Something he barely wanted to take the time to comprehend much less anything else about the world. What time was it? Fuck he didn't know, and with how his head was spinning he rightly didn't care. The raven shifted, not quite sure if he wanted to acknowledge the being nudging him.

"I swear ta fuck. Get up!" A woman was snapping, not much younger than the very man she was shaking that was currently passed out on her bartop.

The shit browns finally opened, trying to process the world for a moment before the pair of irritated hazel's came into view. Ah, that's right. He'd been shooting the shit with Tulley and she'd been pouring him until she'd finally cut him off. He'd gotten mad and said that he'd go to sleep right there if she didn't serve him another. From the way it felt? She'd stuck by her gut with good measure and he'd continued to be stubborn and passed out. Not that it was much surprising on either of their parts -- the woman was as stubborn as he was.

The brunette quirked a brow, lips curling at the edge as if she were ready to launch into a full blown lecture. "Head hurtin'?" The words were snarky, mixing with the heavy Irish accent that lingered on the air.

Reid grunted, rolling his eyes before turning his head the other way and burying it into the wooden bartop. "No."

"You're a bad liar." A laugh and she gave him another shove, cackling as soon as the man lifted his head and shot her a dirty look. The brunette took a step back, arms crossing as she leaned into the counter. "C'mon. I gotta close up." Tulley finally sighed, nodding towards the time on the large clock between two televisions on the back wall.

The raven grunted, vaugely making out the time and trying to process that it was actually 2 AM. Last he remembered it was around 10 PM and he'd barely been able to hear over the noise in the pub. He guessed he really had passed out, and he'd give her enough credit for knowing when he should be cut off. Then again, they'd known eachother a while. Eleven years, give or take a few months, and he figured that was enough in itself to make the woman kind of know him.

Reid huffed a final time before climbing to his feet, unsteady, and tugged at the leather jacket he'd placed on the back of his seat. "You staying open later or something?"

"Nah. Just didn't want to be alone much this evenin' is all."

For a moment the dark chocolates watched the floor, processing the tone the words had fallen free in. Something about them was ... unsettling. He was use to the woman having pep, use to her sounding more like she'd kick his ass than anything else. Another moment and he'd turned his attention to the brunette, watching as she steadily polished at a glass. Close up -- the bar looked like it was closed a long time ago now that he thought it over. He swallowed, brows knitting as his inebriated brain tried to process the world around him.

"It's September 14th." The brunette spoke, pausing what she was doing to look over to the clock and watch the time tick away.

A few moments, and then realization settled onto the eyes watching her intently. September 14th. He didn't know the date but he understood the tone. That kind of tone where all the life seemed to fall from you and you were left to face your worst fears. If that was where you were going to end up, doing something like that alone was terrifying. Reid sighed, pulling the chair back out so he could settle down in it again.

Hazels shifted, sweeping around confused before finding the man tapping the seat beside him. Tulley swallowed, "I told you I was closin' dumbass. You're all washed up."

"Serve me water then, but get the bottle of whiskey. I'd rather you drink it with me here than after I leave."

The 26-year-old watched, orbs growing in surprise. She hadn't expected the man to catch on, much less offer company. In the end she huffed, dropping her towel on the bar and did as she was asked. A bottle of water and the half full bottle of Jameson. It took her less than a minute to round the bar and settle down with two glasses. "If you're goin' to be like that."

Reid laughed, nudging the glass in front of him so it could be filled with water. "That's what friends are for, right?"

The woman settled down, pouring the glasses filled with the different liquids. She took a moment to lift hers, and clink it with her companion before lifting it to chug.

That was the day the love of her life slipped away. The day four years ago she'd had to watch the most beautiful woman in the world fail to exist because of a man that couldn't say no. The day she'd realized the man beside her was most likely one of the best friends she'd ever have in this life. The day this shitty music producer proved he had a heart as he'd held her sobbing, and cursing the world because of the selfish actions of another one.

September 14th, 3:54 AM. That was the moment that Sara slipped from the world, laying on a hospital bed fighting for her life because she'd been attacked in an alley. The day a man's bruised ego couldn't take being told no because the platinum blonde had a girlfriend.

The heart is a painful organ to live with.

See all posts by ohkaynoah →