My Boyfriend Said He Cheated Because I Did It First

by Eshal Rose 8 days ago in breakups 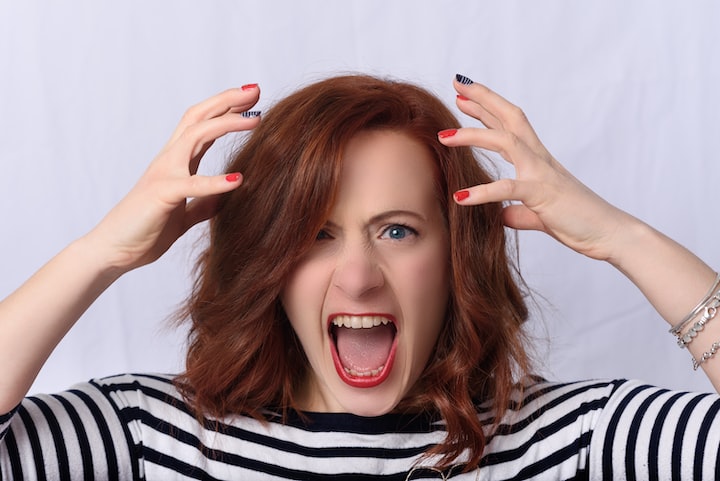 Photo by Julien L on Unsplash

He said I cheated first. And that’s why he decided to cheat on me.

It had been a week since the day I caught him cheating. At the crack of dawn, I could hear the roosters crowing and the city coming to life as I sat on the bed, holding his phone in my hand, about to snoop.

Reading dozens of intimate messages to someone else from my boyfriend of four years was the last straw. After confronting him, I took my flight back home. He didn’t say goodbye, and neither did I.

Without a backward glance, I walked into the airport. There was nothing left for me there.

It had been a week since then. The days were hell.

I went to work every day, listening to countless patients describing their pain while my heart was bleeding in my chest.

And each day started with messages from him.

Long paragraphs about how serious he had been in our relationship for four years. More about how badly I had treated him. And some more about all my shortcomings.

Some were apologetic, some were angry. Some were downright cruel.

We fought through texts daily. Not once did he apologize for deceiving me for months.

By the sixth day, I had enough. There was no point dragging it on. I was ready to delete his number and never contact him again.

My phone dinged. Another text from him.

“You did it too. You were the one who cheated on me first.”

“What are you talking about? I NEVER cheated on you.”

“You went out with your first love. You dressed up for him. Don’t tell me nothing was going on between you two.”

“What the hell!” I said to myself. I couldn’t believe what he was saying. I sat in silence, staring at my screen.

My first love was a boy I met way back in school. We had quickly become friends, and throughout high school, I had a crush on him.

The day I finally gathered the courage to let him know how I felt, he told me he’d rather remain friends. We were best friends, and he wasn’t willing to risk losing the friendship.

I accepted it, and we remained good friends for a decade. I had put my feelings to rest by the time I met and fell for my boyfriend. He knew about this too. I didn’t hide it from him, and I never suspected he had an issue with our friendship.

He had never been the jealous or possessive type. He was always a cool boyfriend.

“Is that why you cheated on me? Because you thought something was going on? Because I dressed nicely that day?” I replied in disbelief.

Even through the screen, the accusatory tone was evident.

He cheated. And now he was blaming it on me.

Projection and the blame game

Blame-shifting is a tactic when someone conveniently shifts the topic and points the finger at you for their mistakes. He knew my weaknesses very well — my desire to please, avoidance of conflict, my insecurities, and my self-doubt. He used these to manipulate the situation and escape having to take any accountability.

While the conversation starts with you exposing their behavior, you’ll soon find yourself accused and blamed for creating problems within the relationship.

Chances are you want the relationship to work. They take advantage of this desire by guilt-tripping you. To maintain their false persona, they accuse you of the exact things they’re guilty of doing. Suddenly, their unacceptable behavior is forgotten, and you are tricked into taking a defensive position.

“You dressed up for him. You wore a nice red top that day. You don’t dress up nicely for me or when you go out with other friends.”

When did this happen? I racked my brain, trying to remember. When was the last time I had met Mr. First Love?

“Almost a year back,” my brain replied.

Yes, it wasn’t a recent event. Before I moved back to India for work, I had been living with my parents in the Middle-east where I grew up for about a year. Our relationship had always been long distance as we both lived in different cities, but we met once a month.

The year before my move was the longest we had stayed apart.

Mr. First was in town on vacation for a week. We met at a bar located inside a five-star hotel, along with two other school friends.

The top in question was a plain, full-sleeved red top. Nothing fancy. Since the meet was at a lavish bar, I couldn’t wear anything casual.

Having gained weight over the months, I was conscious of my body, and so I had skipped all my nice outfits and settled on this loose full-sleeved red top and black jeans.

I had dressed comfortably for a meet with friends. My boyfriend hadn’t been unaware of the plan.

This happened a long time back. Why hadn’t he told me about it then? Why was he bringing it up only now?

Playing the victim card is a way to cover up their own bad behavior; he took on the role of the victim by vilifying the other person. I was the real victim, but he was quick to turn the tables.

By garnering pity, people like this avoid taking responsibility for their actions. They were the ones who hurt you, but when you confront them, they manipulate the event, making it look like your actions hurt them more.

If you get upset, your feelings won’t be validated. Don’t even expect an apology. Instead, they will get angry and minimize your feelings by portraying themselves as the victim and making you the abuser.

Did I do this?

I started typing, my fingers moving furiously over the screen. With each word, my fingers hit the screen harder and faster. I stopped when my vision blurred. Tears were flowing down my cheeks.

I read the long para I had typed up in response to his accusation.

My first instinct was to defend myself. I had loved the guy for four years. If there had been a misunderstanding, I wanted to clear it up.

Nothing was going on between Mr. First and I. We met in a group setting and had a good time. Catch up with old friends — that was the only intention. Did I hurt him? Was I responsible for what happened?

As I read my text, I realized I was giving him an explanation.

My mind wanted to state my innocence, but my heart was filled with emotions — I was feeling hurt, betrayed, angry, and humiliated.

He was the one who cheated. Why was I giving an explanation?

I deleted my message.

“I knew something was happening, but you never told me anything. That’s why I got angry and started talking to Shirin.”

I sat up on my bed. Shirin wasn’t the woman I had caught him with. When I had asked him about her, after one of his friends mentioned they had dated while he was with me, he convinced me it was a lie. And I had believed him.

“So you’re telling me you got jealous because I was meeting an old friend, and instead of letting me know you ‘talked’ to another girl? Is that your justification for cheating?”

Switching things to make you apologize

Shifting blame onto you and playing the victim causes you to question yourself. Suddenly you feel awful. Even if you have all the proof and evidence to support your case, they will guilt trip you into believing everything is your fault.

This puts you in a defensive position. Before you know it, you are explaining yourself and defending your name. This is exactly what they want — and exactly what happened to me. When you defend yourself against such accusations, you legitimize it by even acknowledging it.

They accuse you of doing what they did and use your reactions to prove their point. By the end, the argument sucks your energy. Their tactics convince you. You believe you are the problem. You doubt yourself and finally apologize, even though you did nothing wrong.

He had been cheating for over two years. And yet, he was blaming me for it. In the last six days, I had searched for answers. Where had I gone wrong? Had I not been good enough? How did this happen?

His accusation made me realize I didn’t need answers to those questions. It was done. Nothing would make things better.

Any thought of an amicable separation flew out the window when I read his last text.

“You can believe what you want.”

I hit send and cried myself to sleep.

A year later, I learned that playing the victim card and blame-shifting are traits of narcissists, a term I had been oblivious about.

After some time and detachment from the situation, it was easy to see how he had swept me into what I thought was a loving relationship but was really a toxic one.

Even after catching him red-handed, he had tried to turn the table and vilify me. Instead of taking responsibility for his lies and actions, he blamed me, putting me in a defensive position.

I almost apologized for something I didn’t do. That had been his goal all along.

Fabricate an absurd story to make me feel like I had hurt him.

He wasn’t the man I had fallen in love with. And years later, I realized that maybe I had never known who he was. Maybe the charming guy who cut hearts out of bread for breakfast had been an illusion.

I had to mourn the loss of the lover I knew and my identity I had lost in loving him.

And that was where my healing began.

Receive stories by Eshal Rose in your feed
Eshal Rose
Read next: March 10, 2021