Maureen And The Shogun

by Tim Boxer 10 months ago in humanity
Report Story

A war on child-like wonder and trust, formed in me determination to never give up believing. 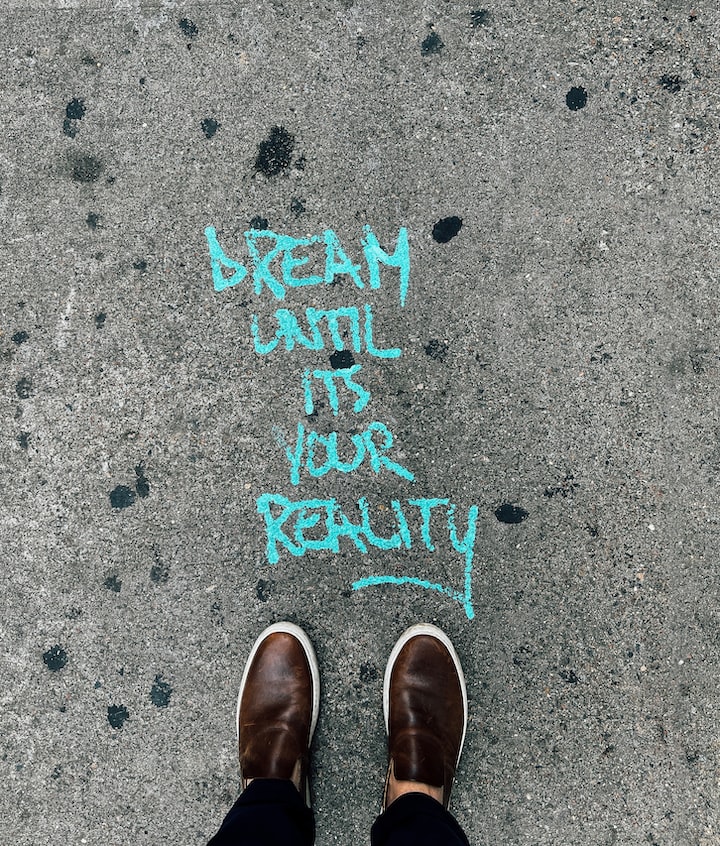 I couldn't imagine why a woman the age of my grandmother, lost in an enormous florescent jacket, was taking deliberate strides towards me.

Like a good Englishman, I immediately turned away and tried to ignore the situation. I shifted my gaze back to the fiery sun rise - the sole reason I was standing on the top level of a multistory car park.

With no barrier, the view was impeccable, the best in town. Granted, it was a lonely place. I'd never seen anyone up here at this time.

Until now. In my peripheral vision, I could see the yellow flash of the woman's jacket still moving towards me. It was just behind me.

"Hello," said a gentle but definite voice, as I turned around.

She looked concerned, intent. At me.

I thought: Have I missed something?

"Hello?" I said, puzzled. My brain raced through options of who or what this woman might be. She looked like a granny, but in a hi-vis jacket?

"How...are...you?" she continued, her head tilted, and still smiling.

And then, with a grandparents authority, she said, "You're going to have to come with me, please. I need to escort you out of the car park."

I complied, but was a bit sad to miss the sunrise.

By the time we'd made it down five floors in the elevator, me and Maureen had made friends. We asked each other about our respective plans for Christmas, and at some point I did ask why she had to escort me off the top level of the multistory car park.

Aaaaahh, I mused as she explained how 'they' had been watching me on CCTV, and how her supervisor had dispatched her to save my life; because they thought I was about to jump.

It took me a day or two to piece it all together, because I'm a bit slow like that. I guessed there must have been at least two others, probably burly security guards, with Maureen tucked away in a concrete office somewhere nearby, and they'd sent the lovely granny to coax me away from the edge.

Ten years later, I found myself in another, yet more embarrassing misunderstanding, with my boss at work.

I'd recently had a vivid dream about my boss, and I thought it would be a good idea to share it in the car on the way to a cleaning job.

"In the dream, you gave me the keys to a brand new Mitsubishi Shogun that you'd bought for my family. So funny!" I said. "We actually need a new car at the moment... Maybe its prophetic!"

That last comment was a half-joke. I did believe in prophecy, and the significance of dreams, but I hadn't said it seriously.

And this brings me to the crucible of my story. Two months later and three-hundred miles north, it was the night before a training event my boss and I were due to attend. We were staying at my boss' best friend's house.

I was sitting at the kitchen table when my boss approached me and handed me a set of keys. He and his friend both looked smug, and I knew something was happening that I didn't understand.

I smile. "What are these for?"

A standard central locking, black fob and attached to it a branded key ring...

A branded key ring, inscribed with the Mitsubishi logo and underneath the word - Shogun.

My mind spun and I put together all the pieces: the dream, our conversation... my gift of prophecy!

I stood up, barely able to take it in. My heart soared - the heavens have answered! I thought.

Images of delivering my new Shogun back home to my wife and children flashed through my mind as I stood up and boldly threw my arms around my boss.

I flopped back into my chair still smiling and took a sip of tea.

But all was not well. He didn't look like someone who'd just given an extravagant gift. He was all wooden and awkward.

Was my hug inappropriate?

My boss and his friend were acting like something marvellous had not just happened. I didn't understand. The key was in my hand. It was a Shogun, just like my dream, and when I had asked, "Really?" he had confirmed with, "Yep". Was I missing something?

And I discovered it not by gracious correction, but by gradual realisation as I sat and listened to my boss and his friend talk about the vehicle he had just bought from the friend, for the business.

"So we'll get all the tax and ownership transferred to your name," said the friend to my boss.

I recoiled and my eyes closed, and inside I started to fall apart - silently of course - whilst still sitting upright at the table.

I'd got it all wrong. He had bought the vehicle and then handed me the keys, not to be cruel, but as a genuine and fun reenactment of my dream. But it was all lost on me, and now I was sinking into the unparalleled embarrassment of thinking someone was kinder than they really were, and I was more prophetic than I really was.

But I am not ashamed of this quality. In fact, I have sought to nourish and guard it.

Yes, it has tried to escape several times. When I was thirteen a wise adult wanted to dampen my naivety in response to my hopeful enthusiasm for the future.

"It's all very well saying that now, but just wait until you grow up. Life is hard."

I instinctively knew his words were bad. They smelled like chicken you sniff before cooking. And you were glad you did, because although it looked good, a potent whiff of ammonia instantly betrayed the pink flesh. And we all know there's only one good place for that.

So I had removed the rotten thought from my little undeveloped brain and thrown it away. Not needed!

Nowadays I continue to protect my still-tender heart when it comes to believing the best, and sharing my unlikely dreams with those who pay my salary, because I believe this way of approaching life is actually a gift!

Tim is UK-based writer of all things family, faith and adventure.

More stories from Tim Boxer and writers in Humans and other communities.