AT
by Alex Tamas 6 days ago in single 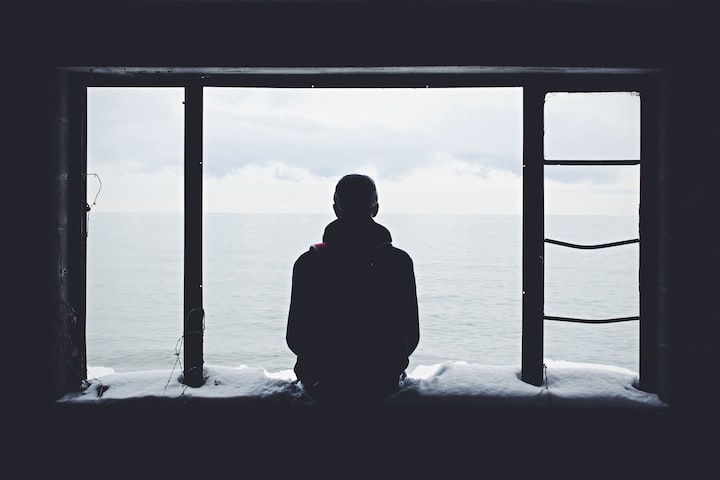 They walked hand-in-hand like teenagers huddled comfortably under his £10 umbrella with a shaky handle that he’s had since graduating from university all those years ago. The rain was coming down in torrents, the sound of drops on the pavement drowning out whatever whisper of a conversation they were still having at this point in the evening. Fortunately, it was also rendering his heavy breathing inaudible, masking his nervousness from her, at least for now. But she knew, as they always do. The pounding in his chest echoed through his thick woolen jumper and drenched parka to where her hand was tightly grasping his arm. She could feel his anxiety, his boyish enthusiasm for their time together, and all she could do is hold on tighter, nestling her face in the reassuring cold of his shoulder.

Squinting, he can just make the shape of her building entrance at the end of the street. There are lights either side of it, flickering in the rain like candles on a long dinner table. Dinner, indeed. “The Italian was a good choice”, he thinks to himself while staring down the lights of her entrance. “The pasta was fluffy and comforting, but why did she have to insist on the tiramisu at the end? And why did I not refuse to share it? Surely there was something else we could have done to be romantic? Another bottle of wine? A coffee? No… it had to be the damn tiramisu”. His thoughts begin to race in lock-step with their now rushed march through the rain to her door. “What a day to forget my pills…”.

They are almost running now. Their boots are drenched as they duck step through the mirrored cityscape in each puddle. There is a nervous giggle coming from both of them. They still seem to be enjoying themselves and each other. She’s smiling, holding on. His jaw is locking, his gaze undeterred. They march on in metronomic left, right, left, right, left, right, long step, splash! They reach the entrance.

The two are greeted with spray and spatter as he tilts the old umbrella to relieve it of its watery burden. Their faces, lit in equal measure by wine and streetlights, now face each other for the first time since leaving the restaurant. Both wet, mostly from the rain; he also from sweat, they share a smile so obvious in meaning it could write its own story. She notices his nervousness, now more than before; the slight twitch of a person struggling with insecurity. He tries to hide it. She leaps forward. It happens.

It was only a moment, but one that felt like a lifetime. The lovers froze in the entrance, locked in an embarrassing embrace. Not a blink nor a breath was able to disrupt the trumpeting sounds of the night’s mistakes. The rain echoed with shame. She did not dare look up. He dared not open his eyes. At least neither was trembling anymore. After what would later be decided to have been far too long, they relieved themselves of their hold, and with a long sigh and quiet disbelief, the rain was interrupted by the bellow of the opening umbrella and of yet another night spent alone.