by Grace Linn about a year ago in dating
Report Story

How my grandparents met 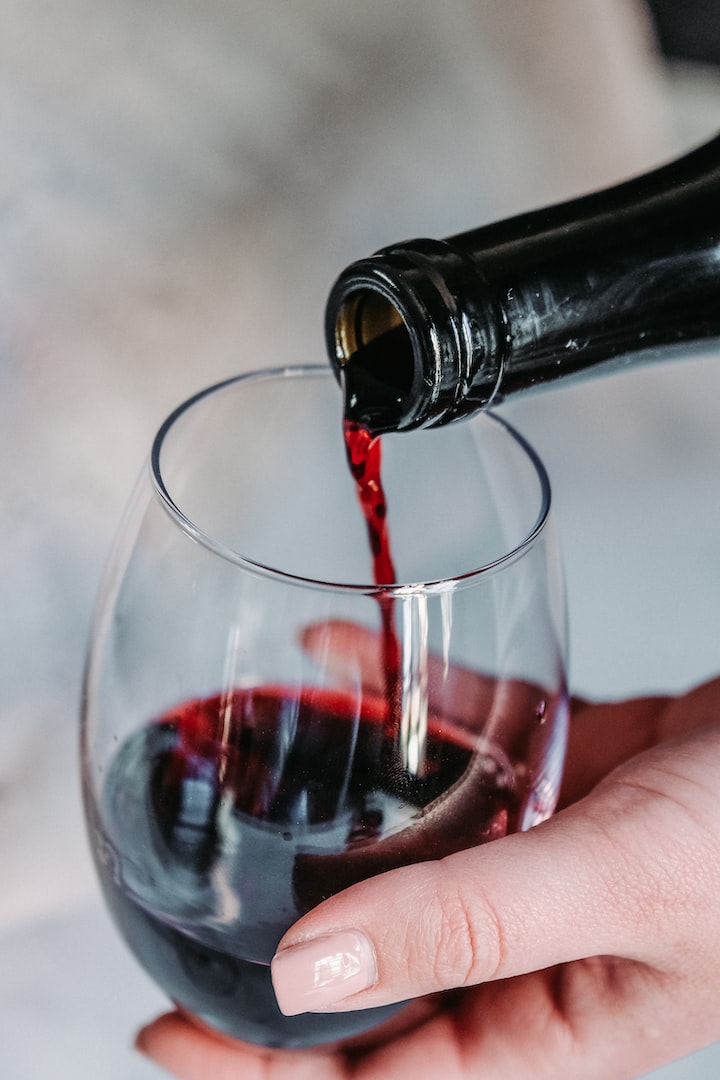 It was every woman's true nightmare of firsts: their first date. Eek. Mike Heisenberg was 5 foot 10 inches of pure, prime, sexy man. That short black, wavy hair? Those deep, brown eyes? They were the icing on the cake! But, I'm 20 years old and have never went on a real date with a man. Dinner at the local café in town, and a concert in the park. What could go wrong? I was so unprepared. What do I say to him? What do I wear? I probably shouldn't show too much cleavage, I want to be modest, but I also want to be gorgeous. Fuck. Should I put on makeup? And what shoes should complete my outfit? These were some very tricky decisions to make! I needed the advice from one of the strongest, wisest women I knew: my grandma.

I sprang up from bed, grabbed my keys and walked out the front door of my single-story apartment. The day appeared to be bright and sunny, with hardly a cloud in sight. Opening my car door, I plopped down, started the engine, and pulled out of the driveway. The nursing home was only a short 15 minute drive, right off of the main road in town. Upon arriving, I walked through the front door and greeted Kim the receptionist who knew me by name. Room 2A, where I’d been many times before whenever I needed words of comfort. I gave a mild knock and slowly opened the door. Grandma Addison was peacefully sleeping.

“Grandma?” I quietly asked. She rolled over in bed, opened her eyes and looked at me.

“Hiya kiddo”, she said softly while sitting up. “How’ve you been?”

“I’ve been doing alright" I replied. “I just finished my spring semester, exams were tough.”

“I’m sure you’ll do great honey, I have full confidence in you, you're smart just like me” she reassured me with a subtle smile.

“I need some advice”

“Well, now sit right here”. She motioned for me to sit next to her. I walked over and perched myself on the edge of the bed. “What’s on your mind sweetheart?” she asked with a concerned tone.

“Well, I have my first date this upcoming Friday. He’s extremely good-looking, very polite and kind. Super confident too. He’s 5 years older than me, and has went on a few dates. I have never went on one. Ever. I’m feeling pretty anxious about it. I don’t know what to wear or say. I need some advice.”

“Oh, Lily-dear, babydoll” she said in the calmest, sweetest voice. “I remember when I was in my 20's and new to the world of dating. I was just the same as you. Your grandfather…” she paused to grab this empty bottle of Merlot she had sitting on her windowsill. She very carefully examined the details of it while continuing to speak. “Your grandfather was the first real date I had ever went on, and I will never forget it. Relax, get comfy. I’ll tell you all about it.” I went to sit down in the leather recliner next to grandma’s bed. Once I propped up the foot rest, grandma began.

“Sixty years ago, I was the ripe age of twenty just like you. My parents were the most strict Catholics in the county, and so I wasn’t allowed to date. Hell, I’d get a smack to the head just for lookin’ at boys.”

“That’s crazy” I commented, but being unsurprised.

“No shit it was” grandma chuckled. “Anyways, I’ll never forget my very first date. I had two roommates, Jennifer, and Allison, even though we all just called ‘em Jenny and Alli. Well, they thought it would be a grand idea to set me up on a blind date.”

I rolled my eyes, scoffing while tapping my pencil repeatedly on my desk. “No way” I objected. “I have never went on a single date in my life, and I sure as hell don’t wanna be going on my first one with someone I’ve never met; someone I don’t even know!”

“But that’s the fun of it!” Jenny persisted. “There’s no expectations for the evening so there’s plenty of room for things to go great.”

“But there’s also plenty of room for things to go bad,” I argued. “What if Mark turns out to be a total dweeb? What if he’s a creep? Uh-uh.”

“Hey now”, Alli chimed in. “That’s how my parents met. One of mom’s friends set her up on a blind date, and they ended up married just 3 years later.”

"And then your mom ended up an alcoholic 3 years later too" I scoffed. "Everyone is different. Some people it works like that, but not for me. If I meet a man, I want it to be on my own terms."

"Well you never know what could happen unless you take a chance sis" Jenny replied. "Come on Alli, we're almost late for cheerleading practice. We'll see you later Meri."

Alli and Jenny got up from their beds, tied their hair in ponytails, and walked out of the room. Finally, I could be alone and study in peace. There was an important test in biology on Friday and I wanted to be prepared. I began going over my notes. I needed to have the different organ systems and their complete functions memorized. I read over each description, saying them out loud and then writing them down.

While trying to remember the terms I couldn't shake the idea of that blind date. Maybe I should be brave and take a chance? No. I needed to stand by my own wishes. Or maybe I should give this a shot? And not be stubborn? Sigh. If I were to ever find love, it would only happen if I tried, just a little bit.

When the girls returned back from practice a couple hours later, I interrupted their gossip.

"Hey ladies, I think I'll give Mark a chance."

Both Jenny and Alli jumped up and down excitedly, squealing with glee. "Girl, you won't regret it!" Alli guaranteed.

"We will plan your outfit, your shoes, your makeup, the works!" Jenny added.

The next few nights of sleep I spent tossing and turning in bed. I could not get any rest. All I could think about was meeting a total stranger on Friday with the intentions of dating. Yikes.

Friday came, and once the biology exam was over, it was time to get to work on my look. Alli and Jenny motioned me to sit on the chair in front of Alli's vanity.

"You are going to look stunning", Jenny said happily.

For the next 2 hours, my hair was tugged on by a blazing hot curling iron, while my face felt it was being painted on like a canvas.

"What do you think?" both of them asked. I turned around to look in the mirror above my bed. My blonde hair had tight, shirley temple curls, my eyes were painted with a bright pink eyeshadow, bright red blush on my cheeks, with campy black eyeliner and mascara to finish.

"Wonderful," I said dejectedly, knowing fully I looked like a raggedy ann doll that had been colored on by a 2 year-old.

“Perfect!” Alli exclaimed. “Now go meet Mark at the café by the science hall!” With that, she shoved me out the front door and shut it. I walked with a somber pace through the front of the dorm doors, quietly strolling by the trees and flowers. At least it was a pretty night.

I made it to the entrance of the café. Taking a deep breath, I moved forward, and at a table towards the back I saw a tall, scrawny, man in a blue button-down shirt and thick framed glasses.

“Hi, you must be Mark?” I nervously greeted, extending my hand.

“Yep, that’s me” he replied in a depressed tone. “Have a seat. If I’m bein’ totally honest, I didn’t really wanna go on this date, but my cousin Rhonda just kept eggin’ me to go out with ya since ya hadn’t been on a real one yet. But from the sound of it, looks like I’m doin’ ya a favor.” He then winked at me.

“Well you’re no treat either,” I insulted right back. “I haven’t dated because quite frankly I don’t wanna even chance going out with some jerk like you. I may not be some dainty little wall flower, but I am a genuine, honest, and kind woman with a heart bigger than your entire body, and you can just shove your ego up your ass!” With that, I took the glass of merlot sitting in front of him and dumped it on his head. I stormed out of there and just as I made it out the door, I could hear him trying to get my attention.

“Wait, Meredith!” he shouted. I stopped. “Listen, I’m really sorry for acting like that. You didn’t deserve that. I’ve just been so angry because Rhonda has been pushing me to do this for weeks and I did it just to shut her up, but as soon as I saw you stick up for yourself, it made me realize how much character you had. Please, let’s get to know each other. Let’s sit down by the water fountain and talk.”

While I hadn’t quite totally gotten over his previous rude behavior, I did nod yes at his proposal. And onward we walked, talking of our family backgrounds, what our interests were, and what music made us smile. As it turned out, we actually had a decent amount in common. I learned that he had a huge heart for his family and animals, and stood up for what was right in this world and didn’t just follow the herd.

“You know what Mark?” I asked. He turned his gaze towards me. I could see the emotion in his eyes as I felt them look towards my lips. “I think you’re pretty special”. I then leaned forward, touching his lips to mine. His arms wrapped around me, pulling me closer. Interlocking our hands, we walked back to my dorm.

“Goodnight Alli, sleep well,” he said, giving me one final kiss before hugging me and then departing.

“And you see dear”, grandma continued. “It was the genuine nature of Mark that I fell in love with. After that night, we continued to go out weekly, and during graduation as I was walking to receive my diploma, Mark proposed to me as the disguised school mascot. It was unexpected and I immediately said yes. We spent several happy years together. Had two children. And when he turned 60, I noticed his memory slipping at an alarming rate. And that’s why I kept this bottle.” She showed me the bottle of merlot. That’s when I noticed tears streaming down her face. Grabbing a nearby kleenex, I tried wiping them away.

“This is the bottle that Mark had that first glass in,” grandma uttered in between sobs. “Whenever he couldn’t remember me, I would show him this bottle and it always brought him back. He would instantly know that everything was okay.”

“So my dear Lillian. All you need to do to date successfully, is just be yourself. And eventually the right one will come to you. I promise.” With that, she gave me a kiss on the forehead and I embraced her with a warm hug.

More stories from Grace Linn and writers in Humans and other communities.