by Kathleen Merry 8 days ago in humanity

Young doctor living her dream of travelling the world. By Kathleen J Merry 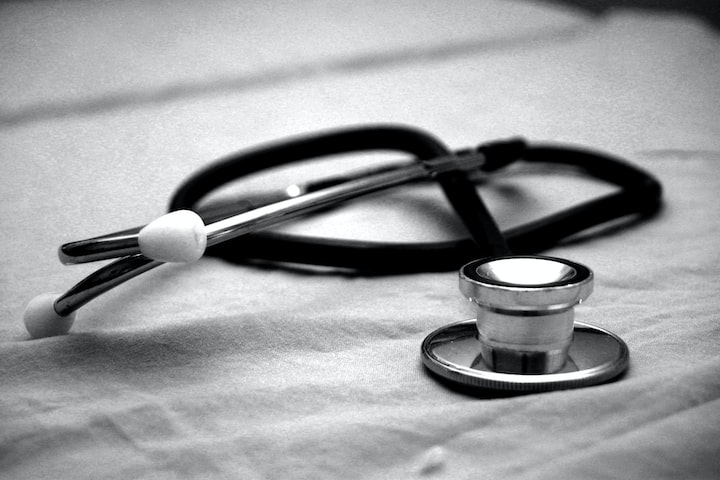 Photo by Hush Naidoo on Unsplash

Laura Henderson was a participant in a particular gameshow,
Her adrenaline was flowing with excitement. She just had one more question to answer . It was worth $20,000 she cross her fingers this was so important to her. She looked up at the board to see the questions .she had a choice of three.

” Sorry what was the question you asked?.”
“Adolf Hitler wrote a book. What colour was the book and do you know the name of it .There are three answers here ,one is the little black book. Two The red book or three The grey book.”

“Oh I know this ,I know this .I think it was the red book called mein camp.“

The TV host said let’s see if you are right. The seconds felt like a lifetime but then she heard the bell And the TV host congratulating her she just won $20,000.She squealed with laughter so excited.

“Well done we are so happy for you.”

The money she had been saving over the years, and now this $20.000 would allow her to follow her dream. For as long as she could remember she had always wanted to travel. She was twenty eight had been nowhere. she had longed to see the world .

commitments to her family prevented that until now. She studied hard to become a doctor which was her mothers wish. Her whole life was looking after others If not at the hospital then at home. Her dear precious mother had been ill since Laura was a child, being the eldest sibling, it fell to her to help her young sister and brother. Her father had left when she was a child. They had enough to eat and to pay the bills, but normally by the end of the month there was not too much left over for luxuries. Things got better when the siblings started to work and contribute to the household. They were a very close knit family having each other’s backs, but even more so now that their mother was gone.

Laura used to tell her mother everything. She was the sweetest of souls and was very wise. It was still early days she was still raw with the pain. She tried to keep a positive attitude and be there for her younger siblings. Her young sister Catherine had just got engaged to be married. To a lovely young man named Derek. He was an engineer a very likeable person. Laura could not have been happier for her,she was also happy to know that her sister would be well cared for. Stephen her brother was the youngest at nineteen. He was living his dream having joined the navy. He was away at sea and bless him still contributed to the house.

It was a lovely old house from the nineteen fifties, which was left to the three of them. The three siblings had decided they wanted to keep the house. The house was large with six bedrooms, two main rooms a study and four bathrooms and kitchen,with a conservatory at the back of the house. Catherine and Derek were going to live there. Catherine was an excellent cook and baker. She wanted to run the house as a bed and breakfast. Laura had taken her mother’s suite. And they kept a room for Stephen when he came home. Both Laura and Stephen gave her their blessing. With winning this money it now allowed Laura to spread her wings.

Laura was starting her new job in a few weeks time. She applied for a job advertised as a junior doctor,on one of the main worldwide cruise ships. As a ship doctor she would be on call all the time.But as there were other staff she would not be carrying the load herself. Her job as doctor was to take care of the crew and passengers from minor to major emergency situations.She would also have to take care of any chronic conditions,and reporting necessary cases to different ports and health authorities whenever the ship was at port. The ship had two doctors,they both took turns in sharing the beeper. As the junior doctor her role was to look after the crew members,as the senior doctor would be in charge of the passengers.

She was told she would have her own cabin with a window,but no balcony. Although she was to be on call 24 hours of the day.The actual office hours usually consisted of three hours In the morning, and two hours later in the afternoon or evening. She would be allowed to go ashore in between office hours and explore.

Being a ships doctor was not a high paying position hence the excitement of winning the $20.000. The shipping company Laura joined was worldwide which she was happy about, this gave her the opportunity to see different locations,as it was usual to be moved from one ship to another every four months. She would serve four months on and two months off, Then be put on a new ship.Her plan was to go home in her months off.

Having made all her arrangements, had all her necessary inoculations she was ready. Laura was up at the crack of Dawn she had some nerves in her stomach this was the day. Up until now she had not even thought about the other doctor. When she was accepted for the post ,she was told that she would be sharing her duties with a Dr Matthews. Charles Mathews. She was told he was in his late thirties, she dearly hoped they got on. It would not be good for her or the crew if there was any tensions.

Laura was a very warm and open person, if things go as normal she would get on well with him. . She had auburn hair normally tied up in a french bun, her eyes were a very unusual shade of violet. She was tall for a girl . 5ft 7 with legs that should be on a show girl And the body to match.

Having lived all her life in California she was used to beautiful scenery, but as much as she loved California, the weather was always the same.She was looking forward to being exposed to other climates. Derek drove her to the Airport. she was taking a flight to New York then changing for Miami. She wasn’t due to be on the ship for another two days. she booked herself into a hotel as she wanted to see what New York had to offer.

It was around four in the afternoon when Laura arrived in New York She found the cabs outside the airport and asked to be taken to the Plaza hotel. Laura booked herself In at reception, and made enquiries about dinner. She was informed the restaurant would be open from seven onwards. A table was booked for her and for breakfast the next morning.

The room was pleasant enough with all the modern digital technology to use if she needed it. She was surprised to see a bath in the bathroom,she thought most hotels these days only had showers. As much as she had enjoyed the flight down she was tired, she had been a long time sitting. A bath was just the tonic she needed. She turned on the hot water tap had a smell at the hotels complimentary bubble baths and poured them into the tub. Hmmm heaven !

Soaking in the bath tub.After twenty minutes she felt better and decided to get out,before falling asleep .She did want a nap but not in the bath. Feeling like a new woman she looked at her watch, it was only five thirty, she still had time to kill before dinner, not wanting to miss much,she dressed in some casual slacks and sweater. She put on sensible flat pumps for walking, put on her makeup lightly she had a last look in the mirror. Picked up her bag and coat,and made her way to the foyer. Her table was booked for eight, she had time to do a little sight seeing as long as it was near by.

She had seen Central Park on television many times, but it was exciting to be there. She was fortunate enough to see Tiffany’s but unfortunately they were just closing. Laura recognised many of the buildings she had seen on television, but seeing them and feeling the buzz of the city,were two very different things.

Starting to feel hungry she made her way back to the hotel. She was busy looking up to see the height of the buildings, as they were so different from California.She bumped into someone.

“Oh I am terribly sorry.I was not looking where I was going. “

Laura looked into pair of clear blue eyes that reminded her of the ocean. He was tall above six foot. Broad shoulders ,and a beautiful smile. His voice was like honey so seductive,and he was very tanned.

“Do not worry about it, I hope I did not hurt you “

” Yes just overnight, I leave in the morning. “

”Me too he said. Well I am going to check In bye.”

Laura went up to her room and changed for dinner, it was not the kind of hotel one wore trousers for dinner.she changed into a red dress that fell to her knees. Putting on red open toed sandals to match, she looked at herself in the mirror. Satisfied with what she saw, made her way to the restaurant. Laura ordered her meal and a glass of white wine. She really was not much of a drinker, but made the exception tonight. Feeling a bit self conscious sitting on her own,she looked round the room With interested wondering where the people came from, or where they were going. Then she heard that honey voice again.

“Hello again, would you like some company? I hate to eat alone. My name is Chase.”

” Nice to officially meet you Laura. You were saying earlier that you are leaving tomorrow, are you going back home?. “

”No actually I am going to take up a new post. “

” We have something in common. I too am a doctor. What field of medicine are you in ?.

” As am I. What else do we have in common I wonder. Which hospital I may know it.”

“ Actually the position is not in a hospital.”

” It is aboard a cruise ship.”

She could see he was really Interested. She mentioned the name of the ship and the shipping company.He started to laugh.Laura wondered why he was laughing.

“ It really is a small world. I am the senior doctor you will be sharing the work load with.”

” But you said your name was Chase. I was told I would be working with a Dr Charles Matthews. “

”My friends call me chase for short. Can you believe it, what are the odds. Putting his had out he said welcome aboard doctor, I look forward to working with you.”