Journey to a deserted island

by MerleVillalobos 4 months ago in family
Report Story

One sunny morning, my mom and dad and I flew to Japan for vacation, just when the plane was shuttling between the clouds 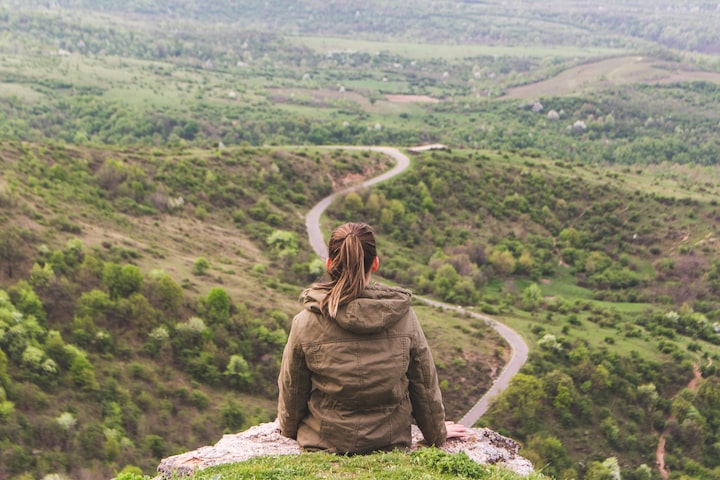 Photo by Vlad Bagacian on Unsplash

One sunny morning, my mom and dad and I flew to Japan for vacation, just when the plane was shuttling between the clouds, there was a sudden "tom" sound, followed by a sound of the alarm, and sparks were flying inside the plane. The flight attendant told us to jump with our parachutes on our backs, and we panicked, only to find out later that an unidentified self-destructing machine had hit our plane.

We quickly put on our parachute bags and prepared to jump. At that moment, the rear hatch of the rear plane opened, and outside was the sky high above the sea of clouds. I was very scared, but now I can not care so much, so I had to hold my father's hand and close my eyes a jump, through the layers of clouds, looking down is the ocean, only a few deserted islands standing in the sea, so it is very conspicuous. I don't know how long we fell, we opened the parachute, wobbling to control the direction, and can be considered to have landed on a deserted island.

But there is nothing on the deserted island, excluding two coconut trees, and all other rocks. There is an endless sea on all sides, there are often rapid waves, and a little carelessness will be washed away, only in the shallows to grab some small seafood to eat, but also to be careful.

We plan to survive on the deserted island for a few days, then we began to rack our brains to build a house, make a fire, and find food.

First, the most important thing is to build a house. But fortunately, this island has a cave, we intend to make a home here, I cleared the weeds here, in the addition of a little can live. We first picked the leaves of the coconut tree, spread them on the sand of the cave, and then tear off the bark of the coconut tree, stacked them in a row, and bark to wrap them up, it became a grass mat. Put into the cave can sleep, and then the coconut tree in the mucus coated to the cave wall, stick some weeds, it becomes a door, a home is good.

Then, to solve the problem of food. But there are sharp waves at sea, easy to be washed away, like deep swimming also can not, easy to be attacked by fish. Just then, suddenly revealed a piece of water from the stranded, look closely, in the water under the reef there is a lot of fish swimming. I found a sting ray, this fish is poisonous, but its meat tastes delicious and rich in protein, I want to catch it, so our diet problem is solved!

I took a big breath and jumped into the deep water, the sting ray first towards me straight over, I stomped on the reef, quickly dodge, and the sting ray hit the reef. I stabbed at the reef, but it went downstream with the reef. I also wrapped up, we just met one up and one down, I hurriedly stabbed upward, sting ray can be stabbed. When I got to shore, I took a few big breaths and my mom and dad saw that I had caught a stingray and praised me for it.

We are ready to make a fire, but the fire is also a big problem, we do not have the tools to make a fire. .t this point, Dad smiled and said, "It's okay, I took the emergency matches issued by the stewardess in the morning on the plane, with it, we can make a fire." After saying that, he took out a pot of matches, and I cheered: "Daddy is wise!" Later, we had a beautiful meal of roasted stingrays.

This went on for five days, and on the morning of the sixth day, before we woke up, we heard the buzzing of a helicopter, and it was the insurance company's plane coming to pick us up, and we cheered, "Yes, that's great!"

When we got home, we ate a delicious meal and slept in a comfortable bed, which felt great!

How was it? Wasn't my adventure thrilling and exciting?