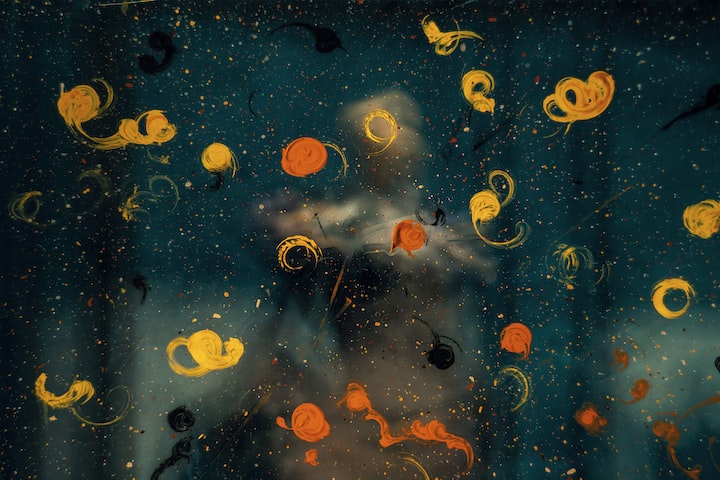 High school was the worst four years of my life.

What I know now versus back then; it was more than just hormones. I was a walking chemical experiment.

As soon as I had hit puberty I was screwed. Chemicals in my brain decided to change their doses. Serotonin, for one, decided to take a hike. Take a minute out of your time to look up what it does and you will see that its function is more than just “happiness”. It moderates mood, cognition, reward, learning, memory, and numerous physiological processes. There is a reason why so much of my memories of those four years are shrouded in fog.

And don’t even get me started on the undiagnosed Poly Cystic Ovarian Syndrome. Do you know what it’s like to deal with random hair growth on your chest as a teenage girl? Or to suddenly miss out on your period for over ten months? It was no wonder I developed chronic depression at age 14, or that I got into such heated drama with friends and family.

Despite the hell I was living through every day, there were still some bright spots. Friends who stood by me, people who reached out knowing I was going through something I didn’t understand, and...there was you.

I think every romantic woman alive can tell all about their first love. Every detail from the brightness of their smile to how they first realized their feelings were deeper than a crush. Me on the other hand, being in the bubbling chemical cauldron that I was, realized far too late what my feelings were.

To this day, I rarely get the same “butterflies in my stomach” feeling that I had when I saw you. It was a little crazy, to be honest, just how much one person could affect me just by walking into a room. It was a toxic mixture of nerves, excitement; a shot of the serotonin that I lacked.

Years later, you will still pop into my brain like a lightbulb flickering to life. It’s not nearly as often as it used to be, as time has worn away the potent feeling of your presence, but the fact that it happens does sometimes astonish me.

In my dreams and imaginations throughout the years, I went through scenarios and what-ifs. What would it be like to see you face to face as I am now? What might have been different if I came clean and told you what I felt? My favorite, however, is imagining what a first date with you might have been like.

I am aware that dinner at a restaurant was a very likely scenario, as you had mentioned before that you didn’t “take friends to dinner.” But if my brain now could be swapped with my teenage one, I would have protested. Let’s go someplace quieter but just as engaging. A coffee shop in a bookstore. A picnic table at a park. A long drive through the hills in your truck.

I would have liked to talk, to really dive in and pick your mind. What were your passions? Did you know what the hell you were going to do for college? Was alcohol really something you should be drinking as often as you did?

Hmm, maybe not that last one. I’d be lying if I said even back then I didn’t know about how bad your drinking had gotten. I worried about you for a long time after graduation. But, when I do let myself check on old friends, I’ve seen you be nothing but happy and alive, and my fears quieted.

I could imagine us talking for hours as we had done on those quiet summer nights all those years ago. The topic really didn’t matter. It was just nice to have someone engage in conversation with me, and for the most part, have an open mind to my ideas.

Hot coffee would be pressed into our hands as we walked the bookstore isles. A dog would charge to our table and bark in greeting, and you would melt into a puppy frenzy. The setting sun would catch in the rearview mirror as you drove through the countryside and sang along to those insufferable country songs. I lied to you: I never liked country music, but it was tolerable when you were singing it.

Maybe at some point, we would be walking on the streets of our neighborhood taking in the nighttime vistas, and you would invite me over to your place. If this had actually happened, I guarantee you I would have said no. I’ve said no to you before when you had come barreling down to my home like a white knight to save me from an abusive exchange with my mother. Even for that, I was too scared; too unsure of what the butterflies in my stomach meant.

With the taste of berries and spices on my tongue, I might have actually had the courage to open up to you on this first date. Maybe you would too. You kept so many secrets, as did I.

In the end, time with you was all I wanted. Even now, my dreams involve conversations that might have been or could be. Romance or not, butterflies or not, that one theme remains the same.

You would be a gentleman, as you had grown to become. Your flashing smile would prompt a rare, genuine smile of my own. You would make sure I got home safe and sound. You might have even lingered at the door, reluctant for our conversation to end.

A kiss perhaps. A soft one on the cheek, or something cheesy like on the top of my hand. I’ve caught you placing one or two on my head in the past. I swear if I think about it hard enough, I can still feel the warmth in the gesture.

A young, unrequited love, but one that has lasted. Time has changed it into one of genuine gratitude for the time we did get, for the almost first dates and long conversations. I do hope one day that we can meet again and that I can finally tell you why I acted the way I did. Why I was so frustratingly hopeless and emotional. Why I wanted to end my life at age 14.

I hope I can wrap my arms around you once more, and tell you that you were one of the few bright memories in my dark and very tumultuous world.

Book hoarder, fantasy author, gaming goblin. I am currently working on my debut novel, CASTLING. Follow me on Twitter @Amanda_Starkes and subscribe to my email list at amandastarks.com to keep up with the madness!

More stories from Amanda Starks and writers in Humans and other communities.