‘Immature/mature’ is a dichotomy that needs to go

by Jacopo Mulini 10 months ago in humanity
Report Story

Maturity is an endless rainbow 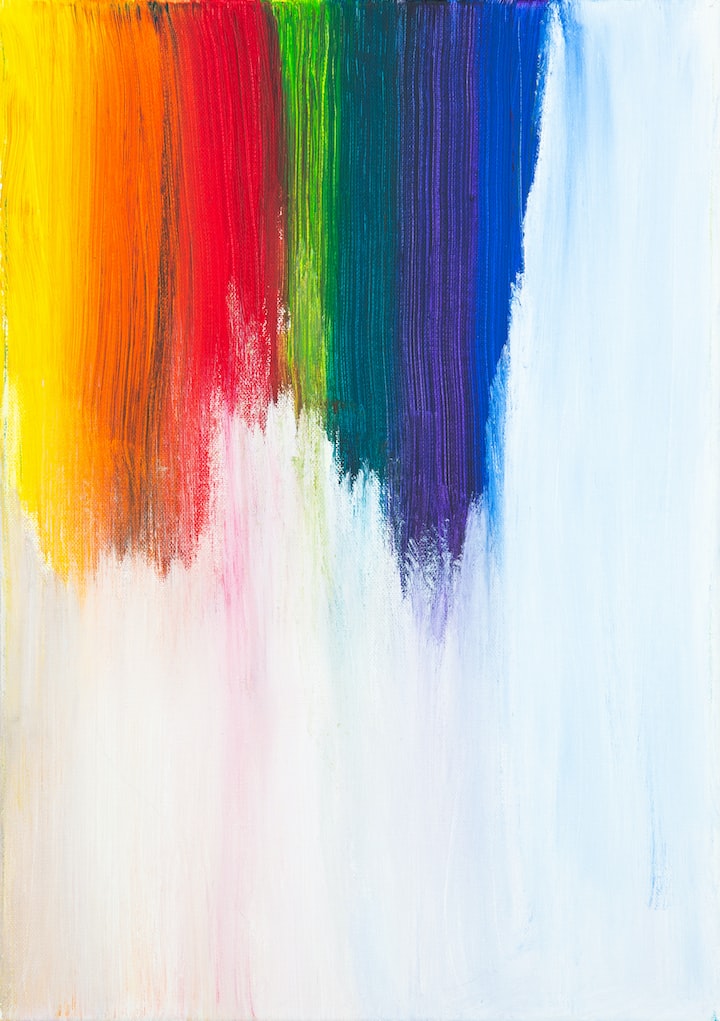 The terms immature and mature as a dichotomy have recently occurred to me as unhelpful over-generalisations of the rainbow concept of maturity. The reason for this is that maturity exists on a never-ending spectrum where a line cannot be drawn across it. That line cannot be drawn because maturity itself is a constructed collection of emotional and spiritual colours that can be at different individual stages of development. Those colours are emotional regulation and responsibility, compassion, empathy, acceptance, adaptability, humility, and so on. The journey along the rainbow from immaturity towards maturity is one of healing. In this essay I will outline why I think that using immature and mature as dichotomous labels is unhelpful for our healing and can actually be damaging.

Have you ever used that line or some variation of it in an argument? Have you ever been told to “grow up”? I have, and people in my life have too. But what do we really mean by this? It seems to me that it’s a statement from the ego, designed to make us feel better about our position in an argument and to hide us from our own flaws and emotional responsibility.

When we use immature as a hard label, there is the relativised implication that we are the opposite, mature. So, while we may be correct that the other persons behaviour has had elements of immaturity, the statement also portrays the less mature side of ourselves. To call someone immature is ultimately a statement that underlines our lack of compassion for the journey of the other while highlighting unforeseen obstacles on our own journey.

Our journeys are all different, and therefore our maturities are incomparable. Some of us come out of childhood with a lot more trauma than others, while some of us experience social systems differently, and some have the compounding effect of both. And so, for someone that is more traumatised, the journey is going to take longer to reach some hypothetical set of milestones. What I mean by this is that someone may have some less mature behaviours, but that doesn’t mean that they haven’t already come a long way, that they aren’t working hard on their healing. So, when the majority of our daily reality is what we know about ourselves and relatively very little is known about others, then we can easily jump to the conclusion that someone is simply immature.

On this conclusion, I recently toyed with the idea that someone who was not at least doing the work to heal their emotional and spiritual beings is immature. But I’ve thrown this idea out because I feel that everyone will be somewhat compelled to do the work to heal once they become more aware of themselves, but some childhood traumas create such a block to awareness that it can take a long time to unlock. So, there is no low end of the maturity rainbow that is sign-posted immature, there is just a cloud of trauma and mental blockages that maturity ascends from.

I recently saw a social media post from a clinical psychologist titled ‘My problem = your problem!’ Emotional Immaturity Explained. I found the text was great, except that it used statements like ‘emotionally immature people do …’ when it was specifically about emotional irresponsibility. There’s a difference, remember maturity is the rainbow and responsibility is one of the colours that creates it. The reason I bring this up is that I thought it was unhelpful to call the readers immature if they recognised any of that behaviour in themselves and have had negative experiences being called immature in arguments, particularly from a condescending parent.

Calling someone immature is not going to impel them to work on becoming more mature. Although, I don’t think that we can work on becoming more mature because it is a construct of responsibility, compassion, empathy and so on. We can only work on those things individually, and maturity comes with the cumulative work on these specific aspects. This is why I find the label immature, as opposed to spectrum statements like less mature, are unhelpful and actually damaging. Actually, I think that only statements that are directed at the problem and delivered compassionately are helpful. For example, ‘I see that you behaved this way towards me, I felt that it lacked responsibility and I would like to talk to you about it.’ Rather than, ‘your behaviour was immature’, because the subtext to that is that we are better than them and we’re going to expect them to read our minds on what we think was immature, which is less mature behaviour in itself. When immaturity begets immaturity, then how can we pretend to be mature?

The fallacy of ‘being mature’

Have you ever tried to reach the end of a rainbow, to find the pot of gold? But realised that it just keeps a healthy distance from you. Sometimes, when we’ve been handling the world particularly well, where our stressors, relationships, and disagreements have all been navigated without stress, we can feel proud of ourselves and slip into the notion that we’ve finally reached maturity. That we are mature. But if we feel that we have now reached the nirvana of maturity, then we can become complacent and let our less mature ways back in. Perhaps then, to feel mature is a less mature state of mind.

I feel that the truth about maturity is that it takes continual lifelong work on our compassion, empathy, emotional regulation and so on to become more mature. This is easier for some than for others, but the good news is that being better at these things can be habituated with practice. And that practice is personal. To feel good about the work that we’ve done only to look down on someone as immature is evidence that there is still personal work to do on humility.

We can also create unrealistic expectations around being mature. When we say that someone that we look up to is mature, then we put them onto a pedestal of perfection, setting them up to let us down and ultimately lose our respect when they eventually make a mistake. But if we say that they are more mature, then we are holding a healthy perspective that this is a person who responds to the world in mature ways because they have done a lot of work on themselves, but they could still reasonably make mistakes as they are ever on their own journey.

When we recognise that we are just pushing ourselves along on a never-ending rainbow of maturity, where the colours represent the real things that we can work on, like compassion or responsibility, then we can strive to be better every day of our lives while removing judgement for the journey of others. The acceptance of our own journey begets the acceptance of that of others.

I have no doubt that I’ll catch myself using these labels in the future. But there are many things that I will do in the future that betray my imperfection. And I will forgive myself as I would forgive anyone else. But I will strive not to use the terms, to think more deeply about what I really mean before brandishing an unhelpful generalised dichotomy.

More stories from Jacopo Mulini and writers in Humans and other communities.