I Wanna Know What Love Is

by Madi Scruggs 4 months ago in single
Report Story

Post-breakup, I stumbled into a bar and grabbed a karaoke mic. 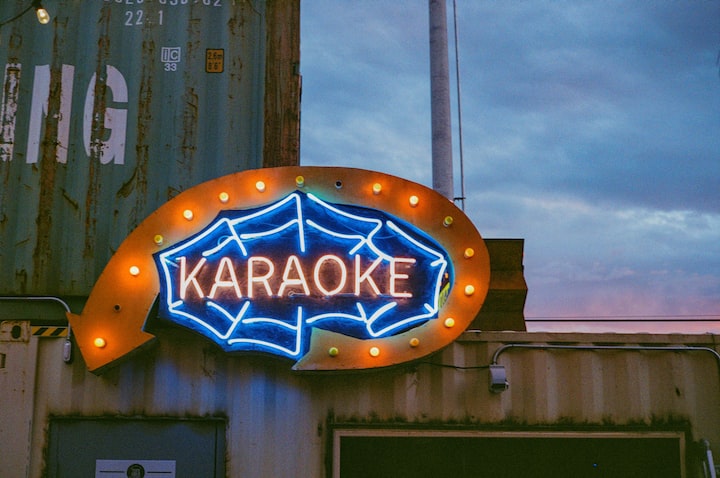 Photo by Nikola Đuza on Unsplash

Drunk, I stumbled into the bar hours after he had ended things. Alcohol numbed the sting that the disintegration of young love had left behind. I felt good.

My friends plied me with chicken wings and hard liquor. I wandered over to a brewer from work who came to this bar often, and asked him if he knew who my ex-boyfriend was. He did. He'd also ended a relationship recently. We hugged. I felt a little better.

Slightly on the verge of puking, I wandered up to the karaoke table and requested 'I Want to Know What Love Is', knowing fully well that I probably couldn't sing it in my condition. I sat back down after the guy wrote my name beside the song title and gave me a thumbs-up.

The night was winding down. The chicken wings were gone, and my friends had already devoured all of the fries. I felt empty and alone, and realized that I'd have to go home that night and lie in my bed alone, unlike the week before, when I'd convinced him to invite me over and we'd had sex on his couch. I rested my head on my best friend's shoulder.

"Do you want me to take you home?" she asked me.

We stood. I put my jacket on one sleeve at a time and slumped into the leather. I turned, stepped out of the booth, and was stopped by the guy moderating karaoke.

My best friend laughed along with him. "Oh man, there's no way. She's gonna puke."

Karaoke Guy laughed. "Awesome. Hope she does it onstage."

Suddenly, I was determined. Suddenly, I wanted to sing. I shed my jacket and it landed on the floor of the sticky bar.

The brewer from my work gave me a smile and a thumbs-up as I took the stage. Karaoke Guy announced me and my song and then added, "She might puke, so watch the front, guys." Those in front took a few steps back, just to be safe.

The first few notes of Foreigner trickled out of the front speaker. I leaned into the microphone and said six words that managed to get everyone in the bar invested in me within moments of me uttering them.

"I got broken up with today."

The crowd erupted in cheers. Karaoke Guy laughed, and the brewer from my work sitting beside him grinned and took out his lighter. As the words began, my voice clicked into place-- probably because of the alcohol-- and every note was clear as day. The audience took note of the single flame in the corner of the room and several others raised their lighters as I hit the chorus, singing into the crowd:

"I WANNA KNOW WHAT LOVE IS."

There was that one moment during the song-- you know the one, where Lou Gramm shouts that there's been heartache and pain-- where everything felt good again, despite it all: where everything felt right. The gin and tonic someone had shoved into my left hand rocked back and forth as I swayed with the music, the ice cubes clinking perfectly in time.

Eventually, the song ended. Applause billowed around the bar like wildfire. I stepped offstage, lighters flicked off, and the brewer patted me on the back and told me he'd see me at work in the morning. I picked my jacket off the floor and my best friend put her arm around me, leading me to the car.

I didn't feel like I was going to puke anymore, but I knew that feeling would come back, or that I would dream about him, or that I would wake up in the morning feeling empty and alone. No matter what was coming for me in the upcoming hours, I took comfort in the memory of the lighters, of the tinny karaoke speakers, and of the pat on the back. Someday, someone will feel as good as that memory. It probably won't be him.

And, at least for right now-- that's okay with me.

More stories from Madi Scruggs and writers in Humans and other communities.