I've Got a Plan

it's the best one yet! 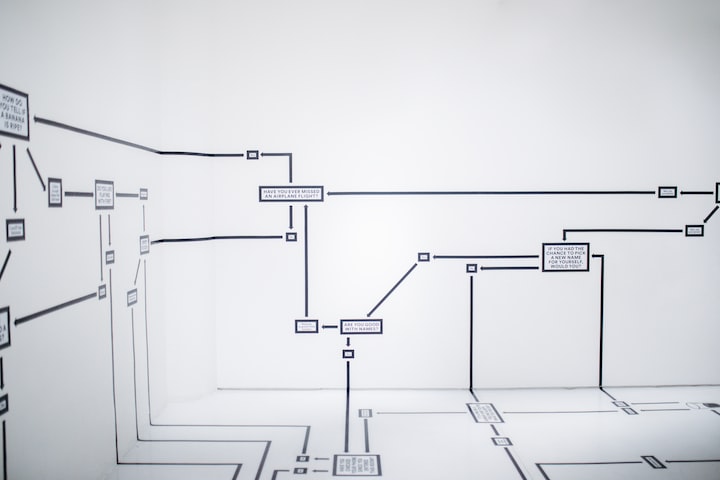 Photo by Hanna Morris on Unsplash

Sigh. Those were famous last words.

“That’s what you always say, and then-”

“And then nothing” he retorted, rather irritated. “This one’s going to work; I just know it.”

“Forgive me for having my doubts” I replied with a sneer. “Your plans in the past haven’t exactly landed us in the best of situations.”

“We’re alive, aren’t we?” he waits until I nod to continue. “We’re alive and well, and now we’ve got another shot at this. And this time; this time it’s going to work” he spoke with a confidence I hadn’t heard from him before. Would this plan be different?

“Alright, you’ve piqued my interest. What’s the plan?” I asked, knowing I was likely going to regret even asking. He had his plans, and they never worked out; that’s just how things went. Was it his poor planning? Bad ideas? Or was it bad luck? Regardless, whatever it was, I was tired of continuing down this road.

“It wouldn’t be fun if I just told you.” He teased, and immediately my eyes rolled. Of course, there was always a catch. He could never just tell me, like every villain in every movie that’s existed before they hope for the demise of their enemy before the hero uses the villain’s need to explain what they were doing to save the day just in time. No, he could never just tell me. That would be too easy. It would make too much sense.

“I’m not interested in having fun” I spat back, feeling anger flow through me. As much as I was interested in this alleged plan, I had to admit I was pessimistic. If every other plan up until this point had failed, regardless of how confident he sounded. “I just want it to work!” I exclaimed, voicing my frustration. I knew I didn’t need to. I knew he was equally as frustrated as I was. Me voicing it aloud was like a slap in the face to him. The look on his face told me I was right; he was deeply offended by my statement.

“Don’t you think that’s what I want too?” He asked, though I knew it was rhetorical. He didn’t want me to answer, so I didn’t; I waited for him to continue. “I don’t just come up with these plans for nothing. I don’t spend all this time thinking of something just for fun” he snapped, standing up and approaching me. He hovered over me, as I was sitting at the kitchen table, as a means to intimidate me. I immediately got up from my chair, the scrape of the chair against the floor causing me to cringe slightly. I pushed it back into the table and turned to him, matching his level of intensity.

“Obviously, I know none of this is for nothing” I spoke, my voice barely louder than a whisper. “I wouldn’t keep going along with this if I thought it was for nothing” I added, my voice gaining volume and intensity.

The room was silent for a moment, neither of us spoke. The only sound that could be heard was the hum of the fridge, which was way emptier than it should be. I made a mental note before concentrating my energy back to the problem at hand.

“Can you just tell me what the plan is, please?” I asked softly. I tried a more gentil approach this time. I hoped it would be more receptive; I was, of course, disappointed.

“No.” The one-word answer caused my fists to clench in anger. “I’ll explain it, eventually” he added with a smug grin. This is how it always had to be.

“Maybe I’ll come up with my own plan.” The words escaped my lips before I even had a chance to think about what I just said, and all its implications. The look on his face was at first one of surprise, before anger set in.

“Are you kidding me right now?” he asked angrily. I could see the look in his eyes. It was the same look I had. Of anger. Of intensity. It was in this moment I knew neither of us would back down.

“I wouldn’t joke about something so serious” I snapped, stepping away from him. I peered into the living room; anything to avoid his gaze. I knew the look he would be giving me. I knew the disappointment and anger that he would have. It took me a few seconds before I found it in me to turn around to face him. And when I did, much to my surprise, I was greeted with a grin. “What are you smiling about?” I asked, the anger melting away as confusion set in.

“It’s working!” he shouted, pumping his fist up in the air.

“What’s working?” I asked, now growing irritated. Where was the anger? Why did he seem like he was achieving his goal? He hadn’t even told me the plan, and yet, he looked like his plan had finally worked.

“The plan. My plan.” He clarified. “Finally. I told you, this one was going to work.” He took a seat at the kitchen table and grabbed an apple from the bowl in the center. He didn’t take a bite, he simply tossed it in the air, catching it with ease before throwing it once more.

“You didn’t tell me your plan. Nothing is working. You’re losing it” I retorted, angry. “I’ve already told you; I’m going to come up with my own plan. Like I should have done so long ago. Maybe, I should have done it all along.” I kept talking, words flowing out of me like word vomit. I wasn’t even sure what my plan was, but I knew I was going to think of something better than he ever could.

“Do you want my help?” he asked, putting the apple back in the bowl. How calm and collected he is only causing confusion. “Just let me know how I can help!” he spoke in a cheery voice, and he eyed me curiously.

I was too frustrated to answer. I turned away from him and went to the living room and resumed in my head the plan I had to rearrange the furniture. I had a vision in my head, and I was determined to make it happen. His plans never worked. What he suggested never made sense. Especially today, with whatever his plan was. It clearly wasn’t working.

“Do you wany my help?” I heard a voice come from the kitchen before he approached where I was standing. His smile was still on his face. “Mark today on your calendar, my plan finally worked!” he exclaimed, planting a kiss on my cheek, and wrapping an arm around me, pulling me into him.

“What do you mean? I’ve already come up with the new living room layout, not you. I don’t even know your plan.” I retorted. I brushed his arm off me. I was about to begin the changeup when I heard light snickering coming from him. “What?” I asked, frustrated. “Why are you so happy?”

“Because” he spoke with a smile, helping me move the coffee table out of the way. “We’ve been planning on changing around the living room for months, and no plan I’ve ever come up with has been to your satisfaction. And you never give me your input. So, my plan-”

“Was to make me come up with something…” I trailed off, feeling a wave of stupidity wash over me.

More stories from Anna Kerr and writers in Humans and other communities.