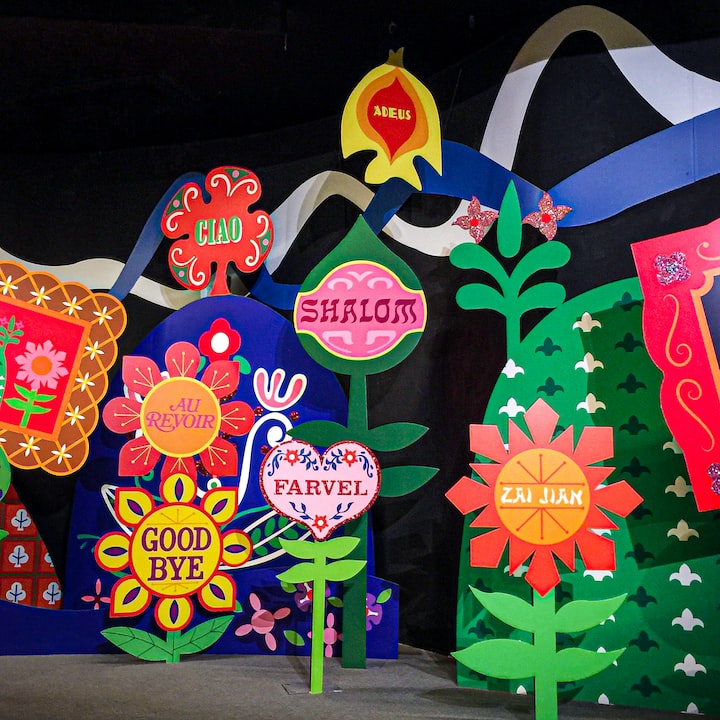 Photo by JACQUELINE BRANDWAYN on Unsplash

Since I was fourteen years old, I had one goal to work on for the rest of my life: to be a polyglot. I was always intrigued by various languages and how they sounded and were written. I grew up in a multicultural neighbourhood in which many of its residents spoke languages such as Tamil, Tagalog, Mandarin, Korean, Turkish and many others. Once I started devoting my time into studying and mastering the Russian language, I started exploring other languages like German, Arabic, Spanish, Vietnamese, Korean, etc. There were some languages that I chose not to study, mainly because I was less interested in them. But I hope to get back into these languages at one point.

When I was fourteen years old, I enjoyed learning French in school, which lead me to being a recipient of The Best French Student Award in Grade 8. I would challenge myself to speak only French with the French teacher and enjoyed that. I ended up doing pretty well in that class. When I was fifteen years old, my passion for foreign languages only got bigger, not smaller. Even though I no longer pursued and studied French in school, I still managed to continue mastering, studying and learning Russian. As an adult, I set myself a goal to master twenty-five languages that I would be able to read, speak, understand and write for the rest of my life.

What is so great about my love for languages?!

Although this is not the case for every individual on the autism spectrum, many of them have an innate ability to learn and master different languages. Even if it is not a foreign language, they can at least learn and master computer coding, which is like learning another language that can't be spoken, but rather read, written and translated. It's just how their brains operate. They have many abilities and skills that neurotypical people wouldn't have.

I'm on the autism spectrum, and I was always told that I have a fantastic memory and the natural ability to learn languages. I was able to master Russian, without a problem. Once I started improving my Russian reading, writing, speaking and comprehension skills, my family and friends were amazed and couldn't get how I had such a talent to learn complex languages. I was so good at languages that they even recommended I pursue a career as an interpretor. I thought this was a possibility to consider, but I don't retain information as effectively and quickly when I hear it. I'm a visual learner which means I have to see demonstrations, words and visuals to retain information faster. You need to have great auditory learning skills to be an interpreter.

Over the years, I realized that I could apply my phenomenal language learning abilities to other jobs and activities like writing, working with people and customer service employment opportunities. I tell my friends and family that languages are versatile and that I can use them in any job, not just as an interpretor. I chose to apply these skills to my writing projects and jobs in which I work with people from all cultures, religions and backgrounds.

I write social media posts in languages like Russian, German and many other foreign languages. I have a lot of online friends around the world and many Instagram followers from Ukraine, Israel, India, Kyrgyzstan and other countries because they are so amazed with my ability to speak in different languages. I can easily connect with people across the globe and I don't have to worry about having a language barrier with my followers from Ukraine, Kazakhstan, Kyrgyzstan, Germany and other places. Many of my Facebook posts are in Russian and German, because I'm more fluent in those languages than any of the other ones. I'm beginning to write posts in Turkish and Tatar, so I can apply my knowledge to native speakers who will be able to see my posts and follow me. The main reason why I love social media so much is because I get to speak different languages and meet people around the world.

What are the twenty-five languages I want to master and preserve for the rest of my life?

Other than German and Russian, there are heaps of languages on my list. I believe that the more languages you know, the better off you'll be. Knowing more languages can land you more jobs, increase your cognitive abilities, improve your ability to connect with others and can expand your travel opportunities, especially in countries like China and Russia where many of the residents speak zero to very little English.

I'm open to learning languages that come from a variety of language families, not just languages from the Germanic, Slavic and Turkic language families. Other languages besides Turkish, Tatar and the other ones I've mentioned in previous Vocal stories that I want to learn and master one day are:

How would I learn, master and retain all these languages?

Luckily, I have access to multiple language learning apps like Duolingo on both my iPhone and iPad. I can easily learn languages on Duolingo with all the audios, visuals and activities such as reading stories on the go and at home. Although these are not language learning apps, Pinterest and YouTube are fantastic no-cost, accessible and engaging sites for learning languages. I can save any language learning pins and refer to them at anytime.

To learn the languages I want to learn in the future, I would mainly stick with the apps and platforms I'm currently using, because I learn best with visuals, audios and demostrations. To apply my further knowledge, I would find newspapers, films, songs, library books and word puzzles in each of the languages. I would also visit shops and interact with native speakers, so I don't lose it. What's great about where I live is, there are plenty of restaurants, shops, cafes and people to speak Chinese, Farsi, Korean and Tagalog with.

For the Members-Only Vocal challenge, I decided to discuss my passion for languages, because I believe it is a significant talent that many people admire. Not everyone can learn and master a language as effectively as myself, so it will definitely be a unique topic to write about.

According to my friends and family, I'm perceived as the "jack of all trades" because of the multiple talents I possess. Learning languages isn't my only gift, nevertheless it is one talent that puts many people in shock. My own family and network of peers don't even believe that I can master such difficult languages like Russian. Many people have asked me how it was possible for me to learn Russian and if I have family members from Russia. I simply tell them that my ancestors were Russian and that I always have my resources for learning Russian. It's the same thing with other languages. Depending on the language I'm currently learning or wish to learn, people don't always ask me if I have family members from the country where they speak the language, however they have asked me if I have friends that speak Chinese, Vietnamese or Turkish. I tell them, yes I have heaps of friends from Turkey, China and Vietnam and that I live in a multicultural area of Toronto. They are always proud of my innate language abilities and would always encourage me to keep following my passion for foreign languages.

I refuse to let any barriers such as my mental health condition stop me from following my passion for learning languages. Life is too short, so I need to achieve whatever I can while I'm still on this earth. It doesn't matter how many or the types of languages I decide to learn. What matters is, I am achieving something and making the best of my time on this planet. I don't care if people think it's strange or useless. I only care about what makes me happy.

The same should go for you as well. You only have a certain amount of time on this earth, so achieve whatever you can and don't let anyone prevent you from doing so. There will always be the odd person that will not agree with you, but you have to walk your own path and trust yourself.

Thank you so much for reading this story. I hope reading this story has inspired you to follow your passion for whatever it is that you want to pursue. If you liked this story, please click the heart button, share this story with your friends and family, and don't hesitate to send me a tip. To see my multilingual posts, please follow me on Instagram @naturalbibliophile22. I'm always keen on meeting new people around the world. Cheers and have a great rest of the week! Bye!

I’m a 23 year old woman who writes poems and articles on various subjects! I’ve been writing since I was 8 years old and I love to do many things like read books, walk outside, do puzzles, listen to music, etc!

Be yourself! Let’s connect!

See all posts by Talia Devora →