by Eshal Rose 23 days ago in friendship

A friendship forged during the pre-internet era still stands strong 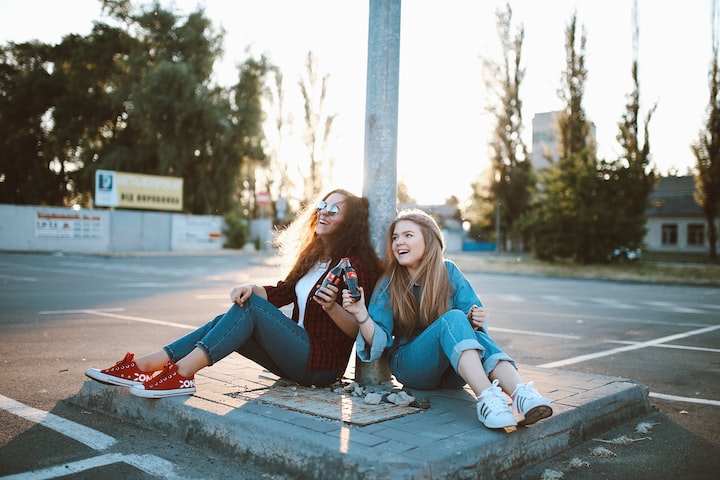 Photo by Taisiia Stupak on Unsplash

I met her for the first time in third grade. Little me found an empty spot at the back of the classroom right next to her. I was sure she didn’t like me. In third grade, she would have thought I was a bitch. And that’s how all great friendships begin.

Other than sitting next to her in class, I do not remember how we became friends. The details are hazy. After all, it's been 22 years. Every year we had the option to pick different spots in the class. I had other friends besides her. Yet, every year we chose to sit together.

If I had to describe Shadi as I called her, a nerd would be the term I’d use. She was the one who always turned up with her homework done neatly. And I was the one who copied it in the morning before class. And for some reason, she allowed me, even after admonishing me many times. We met in school, then came back home and talked on the phone every evening.

The ending of high school meant different paths for both of us. And as life happened, we got busy. Through med school, we managed to keep in touch.

Once in 3 months was our schedule.

We would call to update each other on what was happening in our lives. In the next three months, there was nothing.

As new friends came and priorities began to change our schedule remained the same.

Once, in three months.

Three years after high school, I met her at a grocery store back home. We stood there talking for a half-hour while our families shopped. When I got home, I realized I forgot to take a photo with her.

After a few years, her family shifted back to India for good. Which meant the slim chance of meeting her when I went back home for vacation was gone.

With the start of Facebook, I managed to stay in contact with a lot of school friends. Shadi, on the other hand, decided not to join the social media party.

Over the years, we have both been through our fair share of ups and downs in life. During this time, we finished our studies. I broke up with my boyfriend, and she got married. Six months later, she got divorced.

I never asked her what happened. I knew she would tell me if she wanted to.

All these, I came to know through our scheduled calls.

Even though at present, we have the option of messaging through WhatsApp or Facebook, we chose our three-month calls.

Over the years, I have had a lot of people come and go in my life. All my close friends message me frequently or send memes as this has now become a way of keeping in touch. My social media is full of beautiful memories with friends.

The only person missing there is Shadi.

We all have friendships that flow through time. No matter what you experience or how far you grow apart, the minute you meet them, everything is the same. Those who understand that life happens. The ones for whom friendship is not measured by constant contact or pictures on Instagram. Even when we do not talk every other day, we know they are just a phone call away if we need them.

The other day Facebook reminded me I had been friends with Shadi for 5 years. Facebook had no video for the Friend-versary as there were no pictures of us together.

And that’s when I realized I had no photo with my best friend of 22 years.

We only have phone calls.

Once, in three months.

Receive stories by Eshal Rose in your feed
Eshal Rose
Read next: Top 10 Things The World Googled In 2020