I am a kite string

by NatalieMarmol 4 months ago in love
Report Story

"Little girl, look how great your father is doing!" A somewhat hoarse but laughing voice kept ringing in my ears. 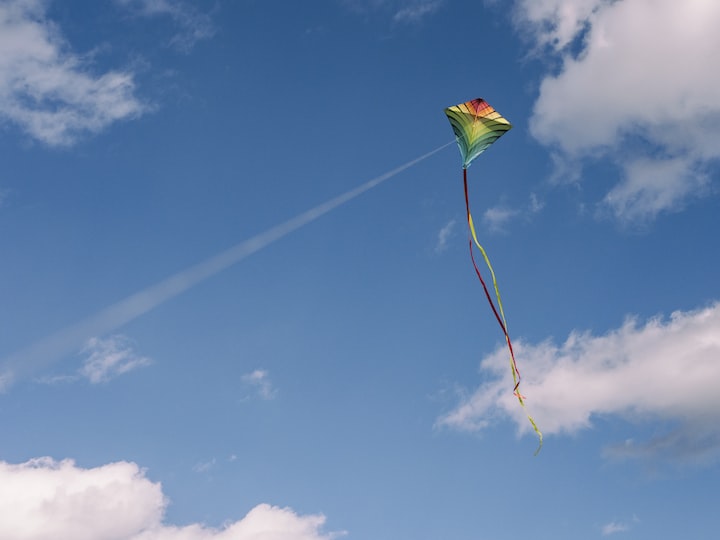 "Little girl, look how great your father is doing!" A somewhat hoarse but laughing voice kept ringing in my ears. It was a community volunteer, a charitable grandmother, doing the job of guiding us to sort our garbage.

Our neighborhood is relatively old, with red wall tiles crawling with unknown greenery, old gates with thick layers of rust, and even extremely dowdy piles of rubble, and ancient wells giving off an old air. Just a short while ago, the bulletin board, which no one had touched for months, posted a notice for weekend volunteer work in garbage sorting, recruiting elderly people or people eager to exercise themselves, and that old grandmother was one of them. I thought about it, but I signed my name to try it out.

The first day of the "induction" was not much of a bird's eye view, I just remember the hellish heat and the noise. The good mood suddenly wore off most of the time, but still patiently instructed each person who came to throw out the garbage - there are young people, but also the elderly, but they do not know much about how to sort the garbage, so I had to teach, again and again, sweat-soaked clothes, throat dry, but also to smile and finish. Maybe it's not practiced, but torture, right? I thought angrily at that time, and once wanted to leave directly.

I kept looking at my watch, eager to get off work soon. But at that moment, in the distance came a little girl, seven or eight years old, some wobbly. Only when I got closer did I realize that she was carrying a large box of garbage that was not sorted. "Sister you say I am not superb, mom and dad let me throw the garbage alone, I did it! It's just that ...... doesn't seem to be sorted." The crisp child's voice touched me somewhere, and the ancient well of my heart blew like a breeze, rippling up layers of ripples. "I am a garbage sorting volunteer." After saying this mechanically, I couldn't help but add another sentence, "Let me help you." The little girl seemed to be showing off and tilted her head high to me, "Let's come together, I can do it." As if the day's depression and worries were washed away by these few short words. "Come, these are food waste, meaning the garbage produced when cooking, such as fruit peels, leaves, and so on." The little girl seemed to understand nodded and began to pick up the peel, fat little hands grabbed a piece to throw into the bucket, I hastened to stop: "How tired ah, you can put them together first, and then throw ah!" The little girl smiled at me, and her dimples seemed to be filled with aged wine, which was intoxicating to the human heart. "Let's compete to see who is faster! My mother likes people who are quick and easy to do things!" She provocatively raised her eyes and met my gaze. I was also motivated to start picking trash faster than a child, which was quite interesting.

The sunset slowly descends to the west, time is mercilessly filtered through the blink of an eye and fades away without a trace, leaving only a touch of fish belly white and a few wisps of blood like the remaining sun. The trash in front of us was all sorted and thrown into the corresponding trash cans, and the little girl looked around: "It's so clean, it's beautiful! I want to grow up to be a contributing member of society like my sister!" Obviously, it was a "set of words", but I willingly believed it and looked into her eyes: "Okay, then I'll wait for you to grow up, let's cheer together!"

The kite on the canopy is so striking, but the line is silent, but without the line, where is the kite? I would like to be the line that sends the kite named "society" and "dream" to fly in the blue sky all the time.