by Billie 6 days ago in lgbtq

I'd rather lose the relationship than be unhappy 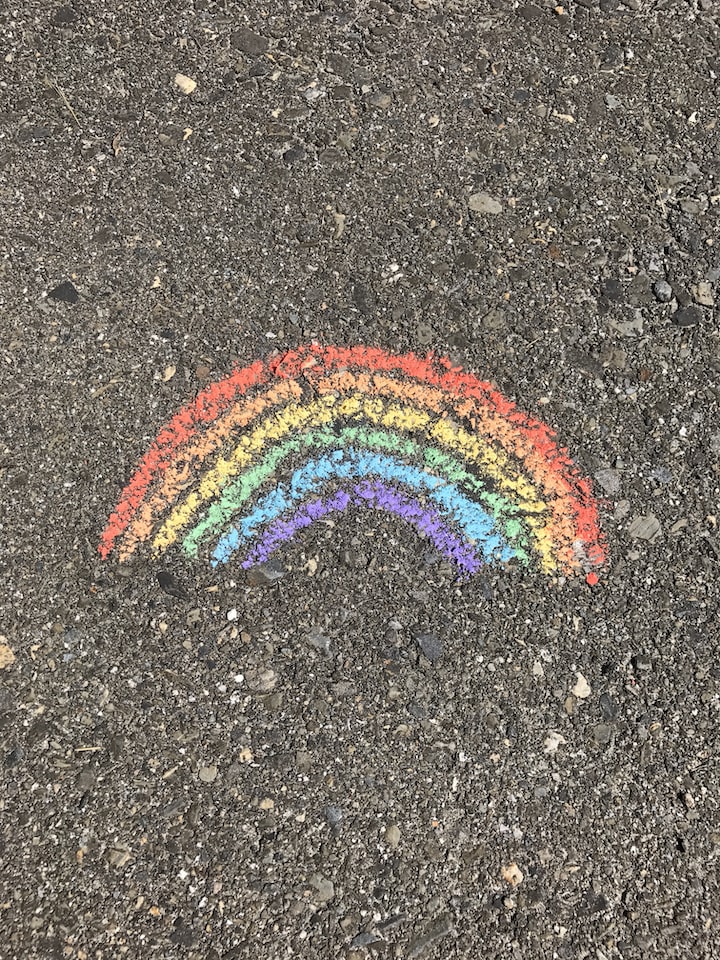 Photo by Alex Jackman on Unsplash

I've known since I was four and you know what sparked my curiosity? an Austin Powers movie, I remember the exact scene too. When that assassin came to seduce and kill Austin but got seduced by him instead during a game of chess; and it zoomed in on her breasts. Mind you, I wasn't supposed to see that overly sexual and ridiculous movie franchise but honestly what kid hasn't seen things they weren't supposed to. But, like I said I was four, so it wasn't an interest that dwells for more than a second.

I honestly can't fathom why New York kids want to grow up so fast, and hearing discussions from my classmates about doing this or that with their partners when we were only nine was really uncomfortable. I remember being asked if I was a virgin around the second or third week of starting the fifth grade, and I luckily answered correctly. My discomfort and curiosity only grew from there. I had zero interest in dating despite my surroundings but it also came from fear too that I didn't know I had until late into high school.

Because I grew up trusting neither I blindly hid behind the lie I'd tell myself and my friends that I'd date whoever, the gender didn't matter. At one point I did firmly believe this but the reality was that I trusted boys more than I did girls and I feared girls more than I did boys. I had very little female friends and I always felt more at ease with the boys, not always but there were the select few. I had plenty of experiences to tell me why I felt this way but I refused to acknowledge it until I was forced too and I wasn't ready for it. When I had my unwilling first kiss from a boy in middle school, I cried and I felt violated but when I kissed a girl accidentally in highschool I laughed it off and felt very confused. This was before I had my first relationship and still had very little interest in dating so I brushed it off but unfortunately, It started to manifest itself into internalized homophobia. Love is love that's how I always looked at it. I've always been a huge supporter of the LGTBQ community but sadly when it came to me, it was an entirely different story.

My sexuality was never at the forefront of my mind so when things started to come up, it baffled me but also gave me a lot of clarity along the way. On top of my own denial, my fear came from me being raised into catholicism. I was w0rried about the possible judgment Id receive if I even brought up the topic. My family was also conservative and traditional, well at least my dad is; my mom was always a bit more flexible and my character was always put into question so the stronger my facade had to be to avoid ever having to tell my family.

This was my reality for several years, but I grew tired of feeling uncomfortable in my own home, in my own skin, and strangely enough, dealing with a breakup is what pushed me to come out. My ex told me this once while we were dating "You know, we've been together six months and I still know very little about you" when I remembered that a thought came to me and it was simply "how long do I intend to deceive myself." The first person I had to come out to was myself before anything else and once I did I just went down the list of who I wanted to know and who it was important for them to know. I didn't tell many, my close friends, some family, and some who were no longer in my life but wanted them to know except one person of importance doesn't know. My dad, I'm still terrified to tell him even though I'm very sure he's been speculating for quite some time, after all, I haven't exactly gone to great lengths to hide anymore since that day. I'll tell him one day though when I'm ready for that part of my coming out story to have an official ending.

I behave now in a way solely based on how I feel a little feminine, a little masculine, or both some days. I chopped my hair off which was liberating, fully embracing my "lack of" feminity, dressed as I pleased without worrying about the opinions of others. I'm finally able to start learning about myself in a light that I closed myself off from for so long and I couldn't be happier with or without his acceptance.

Sometimes I ramble, overshare, or don't share enough. Maybe I'll share too little detail or too much but I try to as transparent as possible. I think more often than not too much time is wasted on trying to keep our feelings hidden.

See all posts by Billie →