by Robert Turner 10 months ago in science

Ever wondered why the universal head movement for no is the repeated movement from side to side? Why yes is the nodding movement? Welcome to the fascinating world of non-verbal gestures and body language, where, what we don’t say is more important than what we do say. First impressions are hugely important and understanding that your body sometimes communicates a different message to your spoken one is important. This article will show you how to make sure your non-verbal persona is in sync with your spoken word.

It’s a field of study called kinesics, from the root word kinesis, meaning movement. It encompasses your hands, your limbs, your body, and your face, in particular, your eyes and mouth. Here are some of the more interesting visual cues we can look for when interacting with others.

There are three types of gestures we use, Illustrators, Adaptors, and Emblems.

Adaptors (touching gestures) to exhibit anxiety or as an outward manifestation of stress or boredom. These are physical gestures and typically include fidgeting, like tapping a foot, clicking a pen or twirling your hair. A person can also internalize an adaptor by coughing or clearing their throat frequently. Watch for this when someone is speaking in front of large groups of people. Using Object Adaptors like paperclips, pens, drinking straws or even cellphones, indicates boredom or anxiety and these ‘tics’ are easy to pick up on. Self Adaptors include grooming activities such as tugging at a beard or straitening hair.

The next time someone fidgets whilst you’re speaking to them, they may be trying to tell they’re bored. If they fidget whilst they are speaking, this indicates anxiety and could also mean they are lying. This is particularly noticeable in small children. Adults are able to override this ‘tic’ as they become aware of it and they are more adept at lying convincingly.

Emblems are universally recognized gestures such as the raised thumb for hitchhiking or describing circles with your finger beside your ear to indicate madness. and are only be used in their appropriate settings.

Illustrators are the most commonly used of all gestures. We make these whilst we speak to aid with description and there is no recognized pattern and these gestures are often unique to an individual. For instance, we use hand gestures to indicate the size of an item we are describing. The more excited we become the more animated these gestures will be. They are the most common type of natural, unlearnt gesture and we even use these gestures when no one is around to see us making them. Think of an animated phone conversation with someone. What are your hands doing?

What our heads silently say

Have you ever noticed how an infant will shake its head from side to side when offered a breast if it doesn’t want to feed? It repeats the same action when an unpleasant spoon of food is offered. Even before speech or learned behavior is established, we know to use this movement to indicate refusal or displeasure. No.

Nodding your head up and down is the universal sign of agreement. Other head movements we need to be aware of during interaction are the following.

The windows to the soul

Our eyes are one of our most meaningful and powerful non-verbal communicators. They even have their own field of study called oculesics, from the Latin term ‘oculus’, meaning eye. We use our eyes to indicate a desire to communicate verbally by engaging in eye contact with someone. If we don’t want to engage, we simply won’t meet the other person's gaze. Eye contact is often the first intimater of conversation.

It’s easy to spot people who want to be left alone. They will keep their eyes averted or focused on a distant spot. They make a point of not meeting anyone else’s gaze. Often with their heads tilted downward, their body language clearly says ‘leave me alone’.

These visual connections are also culture-dependent. American speakers tend to Engage and disengage their gaze from the listeners' face every few seconds whilst they are speaking to the person. When they approach the end of their speech, they will focus more firmly on the listeners' face to indicate they are nearly done. When it is their turn to listen, they will focus more closely and intently on the speaker's face to indicate interest and will only glance away occasionally.

Looking away into the distance is a clear indicator of thought processing and tells us we shouldn’t interrupt. The person is removing visual stimulus or input by ‘un-focusing’ their vision, breaking our gaze, and allowing their brains to think in an undistracted environment. It turns out our brains really cannot multitask.

So, in short, without eye contact, there is no active interest in the conversation you are having with an individual. Chances are, they’ve blanked your voice out and their thoughts are elsewhere. If you want someone’s full attention ensure their eyes connect with yours or wait for another opportunity to engage with them.

Notice the guy standing in the corner with his hands on his hips. He is subconsciously trying to be assertive by appearing larger and if the elbows are pointed outwards, he is attempting to dominate you by preventing you from passing. This type of person will often straddle a chair, another sign of dominance, but also of insecurity, as the chair’s back protects his abdomen and groin area. 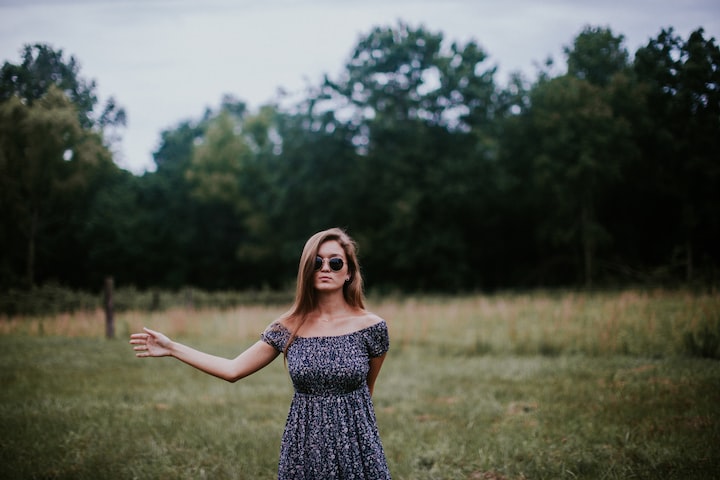 By Hannah Busing on Unsplash

How we sit and how we stand tell the world how we are feeling. Are we turned towards someone whilst seated or is our body facing away from theirs, a clear sign of disinterest. Are our arms crossed, a closed-off defensive posture or are our arms outstretched, a welcoming confident and engaging attitude.

All the non-verbal visual cues I’ve described above, allow you to form an opinion of the person in front of you. Your brain will do most of the work subconsciously as it interprets the signals it knows to look for. The results are filtered through to the conscious mind and make up a large part of your decision regarding the person. Does what the stranger says, match up with your visual interpretation? First impressions really do count.

Strangers use exactly the same skills to sum you up when you meet for the first time. For this reason it is crucial that you are competent at conveying your non-verbal persona in the most confident and non-threatening way possible. Your ability to do this is called non -verbal communication competence.

Getting your sync on

Rather than occurring in isolation, non-verbal communications are sent in clusters. A certain body stance is accompanied by a particular facial expression and the use of your eyes. The consistency of the expression across the different channels is called congruency and if one of the parts is off-key, the observer will pick it up subconsciously.

With the complex range of non-verbal signals at our disposal, it is easy to send out this mixed message. Offering a congruent first impression, on the other hand, leads to increased credibility. How then do we ensure that our non-verbal persona is perceived as being congruent?

When we first meet someone there are a few simple things that we can do to ensure we generate the correct sort of non-verbal message to the stranger in front of us.

Now you’re ready to match your great verbal introduction to your congruent body language for a truly memorable first impression.

It’s worth mentioning here that even our own bodies are affected by these non-verbal cues. Adopt a stressed pose with your arms crossed and your fingers clenching your biceps and it won’t be long before you’re feeling really tense. Sit with your arms spread open in a relaxed pose and feel that anxiety literally drain away. Next time you feel your blood pressure spiking, check your body posture and adjust it. Relax and breathe. There. Doesn’t that feel better?

Published author and Founder of Cre8tive Media. Outspoken advocate for a better internet. Follow me on Twitter @robturnerwrites

See all posts by Robert Turner →