How I Lost Everything and Found Love

by SWS 2 years ago in love
Report Story

One day at a time. 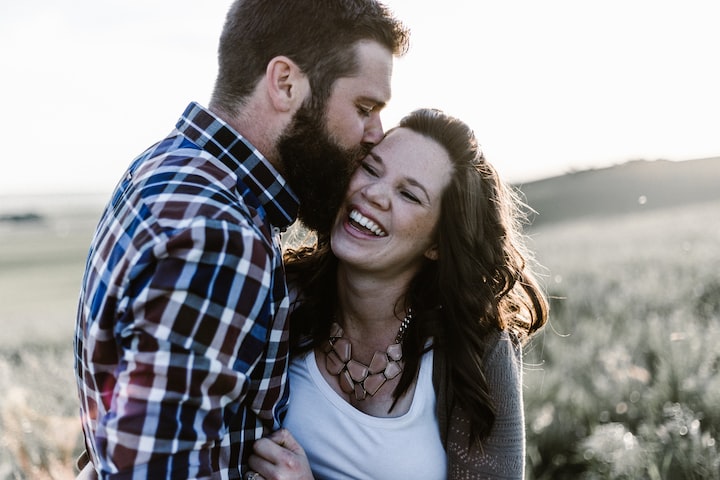 I sat in my own darkness for years.

It was like the chaos was a comfort to me.

I couldn’t find love because I didn’t even love myself.

I would love to tell you that I just met some wonderful woman (I did eventually), and everything just magically changed over night. However, that is not the case. This story is more than a story of romantic love with another. It is a story of learning to love yourself.

For the first 6 years of my life, I lived in a chaotic home. My father was a drug addict and an alcoholic. He came home drunk every night. Before he got home, he most likely gambled all our money away. He cheated on my mother constantly.

It was hell. It was hell to watch my mother’s self-esteem be destroyed. He would isolate her. He emotionally and verbally abused her. He took the phones out of the house, so that she would have no support system.

My mother and father ended up getting a divorce. I never saw a proper man and woman relationship growing up. My dad ended up marrying the woman he cheated on my mother with. He abandoned us to raise her kids.

My self-esteem was nonexistent growing up. I was forced to go to my dad’s house every weekend. I would watch him show up for his new family in a way that he could never show up for us. It was the worst feeling in the world. I never wanted that. I still don’t.

I would say that growing up feeling this way lead me down a pretty dark path. My grandparents took us in. It wasn’t that I had a terrible life. I just had some untreated trauma. I didn’t come from a family that really talked about those things.

Life went on and I didn’t know how to deal with it. I eventually turned to whatever I could to get outside of myself. It started with innocent things like video games or comics or card games.

It very quickly turned into sexual relationships with women, alcohol, and then drugs.

On and off from the age of 14 to 26, I had a terrible problem with drugs and alcohol. I always tricked myself into believing it wasn’t that bad. I was able to manage it and usually hold down a job.

I was even in the Marines for a bit as well. However, I joined to try and run from my addiction and it didn’t work. It was still there, lying dormant.

The cycle was never ending. Through all of it, I never once realized I could get help for my addiction and my mental health.

I went through life wanting more than anything to be nothing like my dad. I ended up being just like him.

I used women. I used drugs. I used alcohol. I used people. I used myself.

I lost jobs. I lost my car. I dropped out of college twice. I lost relationships. Family members wouldn’t talk to me. I lied. I cheated. I stole.

I couldn’t stop this self-destruction.

Until I found help. I went to rehab and my life began to change. Admitting to my family that I had a problem was the most freeing thing in the world. In doing this, I was able to start seeing that I didn’t have to live as a victim anymore.

I learned to listen and listened to learn while I was in rehab. After treatment, I was moved to a recovery house. I made it 10 months and even managed the recovery house, but my desire to be back out on my own blinded me. I ended up relapsing.

It took me a week to realize that it was only going to get worse. It always does. Substance abuse disorder isn’t something you can work away or wish away. You have to manage it every day, like any disease.

Things got better. I got better. I started seeking therapy for my mental health. The first few times and few therapists didn’t work out for me. I kept trying, though. Today, it works very well. The thing about therapy is you can’t just give up on the first try. It’s supposed to be hard, especially when you are trying to work through issues you have suppressed for years.

I began making amends to the people I hurt in my life. I rebuilt relationships. I went back to college and have been an A student ever since. I bought a brand new car. I fixed my credit. I currently rent, but I am about to buy a house with someone I love. I found hope and I never gave up.

Through all of this, I met a woman. Yes, the wonderful woman that I was talking about.

You know, we have to learn to love ourselves before we can love anyone else. But sometimes in life, you need catalysts. And by catalyst I mean, you may already be well on your way loving yourself little by little every day. However, it may not be very noticeable.

Then, you meet someone and they practice self-care and self-love with great consistency. You learn from them. They teach you how to love yourself more and more every day because you watch them. It just so happens you also fall in love with them like I did.

You start building this wonderful life together. And, halfway through you realize there are still some issues, such as abandonment, trust, and self-esteem issues that you haven’t worked out fully.

So, you put in more and more effort. You gain the awareness of your mental health issues, but also the acceptance needed to change them. You can know everything, but without acceptance of yourself or your issues, awareness alone will never be enough.

I found belief in a God of my understanding because I couldn’t believe in myself. I found the strength that I needed to. I established boundaries. I told my father I could no longer have him in my life until he was willing to take responsibility for the pain he caused me and my family. Instead of always blaming everything on someone else.

We text occasionally, but we don’t have a relationship. It sucks because I deserve better. But I know it wouldn’t be good for me. He will just disappoint me. I use to need that approval, but I learned to be my own man. I learn more and more every day how to be a good man. Most of it, I learn from watching the other men that I’ve slowly but surely allowed myself to be open enough to get close to.

I never saw a proper man and woman relationship.

And I had help.

This story was originally published on Medium:

More stories from SWS and writers in Humans and other communities.