How I know that I'm hopelessly in love

by Ellie Jackson 2 months ago in love 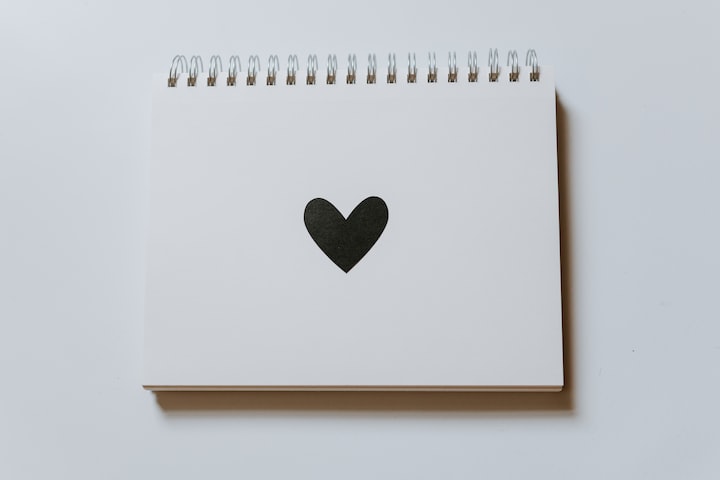 You know when you were a kid and whenever you went up to the counter to get a drink or an ice-cream, you always secretly eyed them and gave your sibling the one that was less full, or looked less yummy?

That wasn't because we didnt love our siblings, of course! We loved as much as we could love the most annoying person on the earth to us then and there. We just wanted the better drink, the better ice-cream. I think we got a cheeky little sense of pride as we handed them the slightly dodgy looking one, knowing we got a few extra sprinkles.

They definitely did this too by the way.

I am older now, and I still do this with my siblings sometimes. Usually, I tell them about it with a grin and then eventually go and fill their drink a little more or give them some of my sprinkles.

With my boyfriend though, it's a completely different matter.

I find myself automatically giving him a little more. I look down at the ice-cream I had just finished scooping, and a little heavenly chunk of gooey chocolate catches my eye, hiding in the corner; I watch my hand carefully weasel it out and place it in his bowl with a little smile.

If there is only one bowl's worth of cereal left, and the next box isn't as good, I'll unthinkingly give him rest of the good cereal.

I catch myself doing this a lot, giving him the best plate, the cleanest cup, the shiniest fork, spoon. It's even got to the point where if I rip two pieces of paper towel, and one of them is missing the corner, I'll give him the full one.

It makes me laugh. That paper towel corner probably wouldn't have been used at all, even pondered for a second in his mind; somehow my unconscious mind deemed it utterly necessary to give him the complete paper towel.

He is a complete workaholic. I have never heard of anyone who works as much and as easily as him. He's currently in university, and works from 10am until at least 10pm every single day, with a stop for lunch. When I think about doing that, it makes my head swim. He just does it so effortlessly and matter-of-factly, it's admirable, and also crazy. I'll give him little kisses on the head as I walk by him sat at his desk. Occasionally, when he has a test or an online interview, or even just when he's in the toilet, I'll smile a little cheekily and write him a note saying 'you got this' or 'love you so much, good luck' blah blah blah, and put it in his wallet or under his computer to find when I'm out. When I am working I always look up every now and again to check on him. There is no need to, he's fine, just doing exactly the same thing he was hours ago.

All the while he sits concentrating, in a world of his own; while I think to myself, I might be a little too in love with this man.

And before you say it, we have been together a long while, and it is still this way. And it's reciprocated by him, it's not an unhealthy kind of love, he doesn't seem freaked out just yet. I think we'll be 80 and still probably battling to give eachother the best of the best.

I dont think these little good-deeds are unique to me, I'm sure a lot of people have a similar situation. He acknowledges me doing this sometimes, and appreciates me being 'so good to him.' A lot of the time, he doesn't know that he has the best one though. If he did, he would almost certainly give it to me and refuse to eat it until we swapped. I dont have a doubt that he does this to me too without me realising.

He also always gives me the biggest crisp. And will never stand down to an 'I'm not hungry.'

I think it's adorable and so wholesome to think about you and your loved ones doing these little deeds for eachother. With all of the mess surrounding us in life sometimes, it's amazing to have these tiny acts of love and support; to help you through the day. It's so important that we show our loved ones we care.

That's just a beautiful, cute little thing about being in love I guess.

Thanks for reading! any tips to help me make more stories in the future would be so appreciated!

A new writer! I'll write about all things life-experience, mental health, relationships, books, gaming, maybe even some powerlifting in there too.

See all posts by Ellie Jackson →