Here are 10 signs he is ready to be serious with you.

by Gina Stefan about a month ago in dating
Report Story

His plans include you and your schedule. 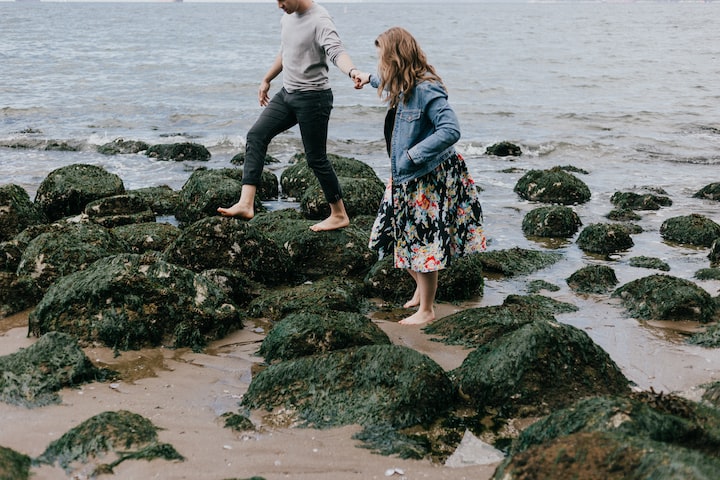 While women are known to be difficult and sometimes frustrating when it comes to relationships we often know what we want. Men, on the other hand, are never really sure. Commitment can so easily scare them off yet if you date other guys they get jealous. They love to say they don't believe in monogamy yet they want to spend every night with you. Or how about when they disappear for a few days, like full blown fall off the planet. No warning, no reason, he just vanishes like a ghost only to text you a few days later and act like nothing happened. How the hell are women supposed to keep up?

Mixed signals can be one of life's greatest mind f**ks and more times than not it is the men sending them. If being forward and asking, "what are we, where are we going, are you serious about us", is not within your ability then it's time to pay attention to his signals. His actions and words can relay a ton of info and if you listen hard enough you may pick up on the signs he is ready to be serious with you without him saying words. Keep in mind, no guy or gal loves a partner who is too clingy from the get or begging for commitment so if you have been dating less than three months you need to save this article and revisit at a later date. However, if you are at a reasonable point in your relation/friendship and want to know if things are progressing or if it's time to leave this forever bachelor behind then get your observing senses ready! Here are 10 signs he is ready to be serious with you.

It's out in the open.

Hook ups are often kept on the down low and booty calls are almost always a secret. This is an important sign he is ready to be serious with you. However, if you guys are doing things together in public and during daylight and evening hours than you, my friend, have a man who is happy to be seen with you. Bumping into friends is always a possibility so pay close attention to what he introduces you as, friend, girlfriend, or if he just first names you. Regardless, you guys are on the right track if you're hanging out is out in the open.

You've met his friends more than once.

It's one thing to meet his friends once, because honestly sometimes a man just needs a date or wants to meet up with his buddies, but if you have repeatedly spent time with his peeps than that is one of the signs he is ready to be serious with you. Friends know a lot about each other and their opinions matter, so if he is cool with you getting to know his pals and form your own connections with them then I would say you are definitely out of the friend zone and on your way to "girlfriend".

His plans include you and your schedule.

Not only does this show he cares about you but it is also a great sign of character. Making plans around your work schedule and social life means he wants to spend time with you and is willing to do whatever it takes to make that happen. It also demonstrates his ability to be kind, reasonable, and patient. So next time you ask to reschedule dinner because of having to work late or emergency plans with your sister, try not to worry, I predict you have a good man on your hands who is interested in keeping you around.

He has married friends.

This doesn't necessarily mean he wants to get serious with YOU but it is one of the signs he is ready to be serious. Seeing your friends fall in love, get married, and start families can really light a fire under someone's ass. So take a good look at who he is surrounded by. If it is a group of single dudes who are always bringing around new chicks then I would prepare for a fling. If most of his friends have a ring on their finger and wife on their arm, don't give up on him too quick. This could be an important sign because otherwise, you could be in a situation where you want to get married but your partner doesn't.

He talks about the future.

Pay attention to conversations regarding future plans. It doesn't have to be vacations and world traveling, although that, without a doubt, means he is serious. It can be as simple as a joke about how cute your children together would be. Any mention of you two in the future is a great clue to if he is serious or not.

He wants you to meet the fam.

When a man takes a woman to meet his family, his parents, then he has got to have some grand plan of keeping you around for the long haul. The last thing any guy wants is to have his mother fall in love with a girl that he has no plan of seeing again. Think of the complaining he would be setting himself up for. Not to say things may not naturally work out, but it's the initiative of taking this step that is as good as him waving a green flag with COMMITMENT stamped across.

He remembers specifics about you.

You have got to love a man with a good memory, take it from someone who has been in a relationship for nine years. For some reason as the years pass a man's memory or perhaps hearing lose strength. They can no longer remember what you find romantic or hear the birthday gift hints you've been dropping for the last month. On the flipside it could be that during those first blissful months, when a man is interested in a woman and pays attention, he is able to retain information like what she likes, doesn't like, is allergic to, or fears. So if you have told the man you've been seeing you are deathly allergic to fish and he takes you to a sushi restaurant, well then he hasn't been listening and should probably be kicked to the curb. However, he knows how much you love to cook and takes you to a cooking class date, well then he has been paying attention and that's always good for a future relationship.

Car breakdown? Drama with a friend? Whether it's getting the engine running or being your shoulder to cry on, he's learned the lessons of being a man. If the man you are seeing will almost always respond and be helpful then you have a man who cares about you and your wellbeing. He enjoys being your hero and wants you to rely on him which no man would do if he was not seriously interested. This is one of the key signs he is ready to be serious with you.

You've had an overnight date.

I don't mean an overnight like you had sex, he passed out, stayed for coffee (if he is a gentleman) and then embarked on the walk of shame. This is not a sign of anything other than he was tired. However, if you plan to spend the night together like a weekend trip with some friends or a wedding followed by a hotel stay, those are signs he is ready to be serious with you. I would even take a night at his house followed by breakfast and a daytime activity as a promising candidate. The fact that he wants to purposely go to bed, wake up, and still spend time with you is the start of something serious.

Social media is, unfortunately, a fantastic way to tell if the man you are seeing is serious about being with you and just you. I do not, I repeat DO NOT want you to go stalking his pages, but an occasional glance, tag, and comment can't hurt. If you see he has pictures of you two for all to see than pat yourself on the back because that boy is as good as gold.

However, if you are on Facebook and see weird flirty posts or tags out at bars and restaurants with other females, then it might be to time to have the uncomfortable exclusive talk. Side note, don't go all crazy on his ass and credit you're stalking his social media as proof of him being a player because any chance you did have just got shot down. Instead, come from a place of curiosity for yourself and what's best for you. It may seem silly to judge the future of a man based on his Instagram, but it's the best way to see what he is doing when he isn't doing you.

More stories from Gina Stefan and writers in Humans and other communities.