by Leighton Beck about a year ago in breakups

Ramblings After a Break Up 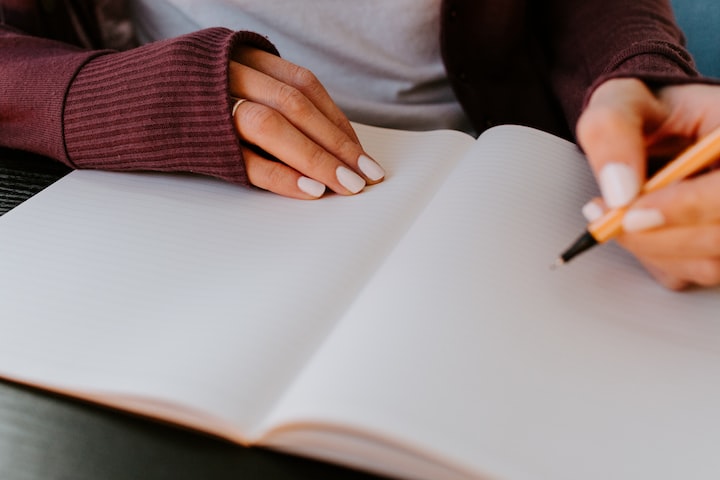 I think we have all experienced heartbreaking relationship at some point or another. Here are some things I felt after one that was particularly difficult for me. These thoughts are not exactly in any specific order, just here written out the same way they came to my mind at different points of healing... Maybe they can help someone to find their own path to healing.

I miss him like crazy. Sure, the last couple of times were not that great, but it's like I have this awareness now, and the feeling that something is missing from my life that I never felt before. It isn’t only the sex, to be clear. But for most of last year I thought he was the one. I thought this guy is special and I need to hang on to him.

I didn’t want to be an option, I never deserved for him to treat me like one, and so it ended with me deciding not to accept those terms. He is not the “good guy” that he and his buddies tried to make me believe he was. I realize now that much of the emotional rollercoaster ride was merely an emotional mind game for him. The attempt of a weak man trying to maintain control in the situation.

I could never do it again with him. I told him so much about myself, especially personal things, that he didn’t take seriously. I know he only ever wanted one thing from me, and now that I know that's all it was for him, there's no point in pretending otherwise. But I can’t shake the feeling of impending doom like he will somehow try to come back into my life. I know it’s probably just in my head, but I have had this feeling for nearly two weeks now, and I can’t shake it.

He had me and didn’t want me. Something to remember if he ever comes around again. It’s been so peaceful without him, I don’t even think I could handle something as simple as just being friends again. I need this time completely cut off from him to heal. And he needs to remember that the problems in his life are because of his own decisions and not because of me.

He will never change. At the moment I want nothing more than to move on and forget I ever knew him. In fact, there are times when I wish I had never met him. He never should have pushed his way into my life, and I think part of him knows that. He knows he was lying, he knows he wasn’t fair, but he will never be able to admit that to me. I don’t think we will ever be able to speak again until he accepts that he never cared about me and was just using me. As much as he wanted to believe that he was my hero, he was in fact the worst that ever happened to me.

I sometimes wonder if I ever really knew him. I know one thing for certain, I don’t love him. At least not this side of him, which is probably the only real side to him. I’m not sure if he ever friendly to me just to be friendly, or because he was using me. I am not ready to see him again or try to speak to him again. Pretend that it’s all cool, and I’m cool, when in fact I know I’m not over it yet.

I am not ready for it, but at the same time I want to see him again. Look him in the eye and let him know he doesn’t have the power to hurt me anymore. Make it clear that I don’t care what he thinks about me anymore and maybe tell him that he shouldn’t have lied to me. Perhaps the most important thing I want to tell him is that as much as he tried to make me believe that he was different from the other guys he's not. That I loved the person I believed he was until he proved me wrong for believing him...

I lost a sense of peace and happiness when we were together. It takes a long time, but I found it again. I don't think about him so much, little things don't remind me of him, and I find myself enjoying my life and feeling fulfilled. I haven't seen him since things ended. Single? Yes, and not wondering if I made a mistake by letting him go, or nervous about when I will meet someone better. I feel happy, free, and confident in myself again.