Growth from a Small Town

by E.L. Martin 13 days ago in friendship · updated 6 days ago

Part One: The Reason for Visitation 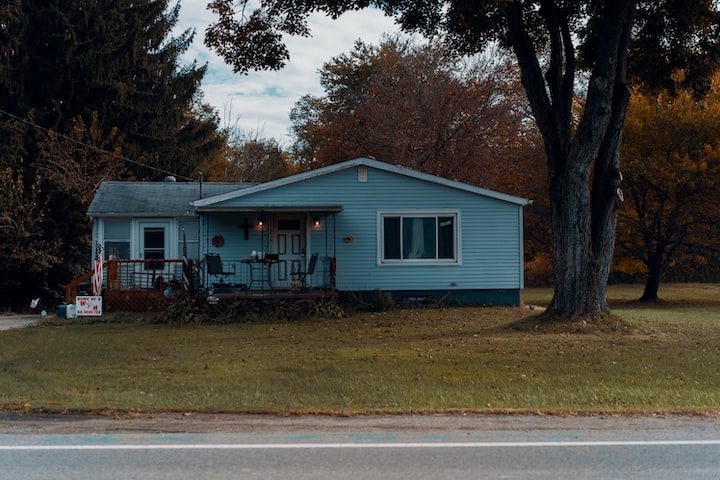 Photo by Ross Sneddon on Unsplash

The year is 2021, and the month is October. My best friend from high school's mother has passed away, and I've just heard the news through her sister's social media announcement. I haven't heard from my former best friend in years, but somehow her sister and I are still connected on social media. My former best friend and I didn't have a falling out. She just dropped off the map after a while for unknown reasons. The last time I saw my friend in-person was on my wedding day as a guest I happily thanked and hugged for attending. I had no idea at the time that this would be our last physical interaction. The last social media post I know of from her was back in 2018, the same year her social media account was active. Yet, I know from her sibling's posts that she is alive.

For a few years prior to this disconnection, our relationship messages consisted of me reaching out every year to wish her happy holidays, especially "Happy Birthday!" as ours was the same day. She usually responded with an "Oh, hi! And you too!"

She frequently lashed out on social media posts about various things, but despite our differences in opinion, political, or religious beliefs, my loyalty to her remained steadfast. I was never one to intrude into others' personal decisions or lives, and gladly supported many of her newfound beliefs even when they and she changed frequently. When she dropped off the map and away from contact completely, I'll admit I missed her. No matter how much she changed, and no matter what her decisions were, I always and will always care for her. I'm not one to let go of loyalty easily, despite being forced to recognize that sometimes others do. I also understand now that two friends can have a completely different definition of friendship and commitment to one another. Experience has taught me this reality, and I'm just now coming to terms with and accepting it. I am also truly fortunate to have a small, significantly important handful of friends that share my same ideals on the matter. This particular friend just wasn't one of them, and that is okay. I hold no ill-will toward her for it. It doesn't make the time I spent with her any less cherished and appreciated. People are different, and both times and people change.

I had seen signs of some life instabilities and regrets she may have had in the few years prior to losing contact, but did not intrude. From our past friendship history, I knew she wasn't the type to want intrusion, and I respected that even though I wanted to be there for her. My idea of being there for her, and her idea of how she wanted me there were likely different. "When and if she feels comfortable, she might talk with me about it," I thought, and kept myself on hold and available. When I didn't hear from her, I justified it as "She probably thinks I don't understand, and is turning to somebody else she can relate to better." I always tried to understand. She hadn't really kept important things secret from me before and I hadn't given her a reason, but then again I always thought it was likely there was someone better out there. Someone who would understand better. Someone who she could talk with better. Someone who could be there for her better in a way that maybe was beyond my grasp or comprehension. She often pointed out my simplicities and that I was slightly less intelligent than she was. Maybe that was the reason.

Her friendship had always made me think of the song "Drops of Jupiter (Tell Me)" by Train, but I still held on.

Though the real meaning of "Drops of Jupiter (Tell Me)" is about a much more powerful relationship of a son coming back together with his mother after she passed away, the lyrics always reminded me of our dynamic. I always envisioned her drinking "the best soy latte" that she's ever had, "checking out Mozart while she does tae- bo", and finding "heaven overrated." I wanted to be the embodiment of the song's line, "Your best friend always sticking up for you even when I know you're wrong." She was always willing to shed her past circumstances and create a new life somewhere else, whereas I was more like the man in the song, "afraid she might think of me as "Plain ol' Jane" and "too afraid to fly" because my past is part of me. Still, I selfishly always wondered if she would "miss me while she was looking for herself out there."

It led me to a stark realization; I remind her of a past she wants to forget.

Though the reason for this is unknown, there are a plethora of possibilities. We were both outcasts in school. We also both had complicated relationships with family. I can hypothesize and conjecture all I want, but that doesn't mean I'm any closer to the reason. One thing I do know for certain is that she hated that small town. She hated the location, the place, and the majority of people in it. She wanted nothing more than to leave it all behind. The very same small town her mother's funeral would now be held in.

Given this information, I was unsure as to what to do when I heard of her mother's passing. Their relationship had been complicated, and I wasn't sure of my former friend's recent thoughts on the matter. Maybe I should have done nothing. After all, it didn't have anything to do with me. This former friend and I were now practically perfect strangers. I didn't know her religious or spiritual beliefs. I didn't know how she had coped with things in her adult life. I didn't even have her contact information, but I wanted her to know someone was out there wishing her well and caring for her regardless of what life threw at her. This situation would be a whammy for nearly anyone, and I realized that who I am as a friend couldn't simply do nothing.

I didn't know if my friend would attend the funeral, and if she attended, I couldn't say for sure that she would want to see me there. In my mind, I had become an omen of a past life she wanted to leave behind, and I didn't want to make the situation worse. A rational human being may have just sent an electronic condolence on the funeral home's website.

Instead, I picked out a non-religious card with pretty feathers on the cover. Something about silver-lined feathers among clouds reminded me of her. I wrote a short message inside it in the best cursive my chicken-scratch scrawling could muster. I had written several different messages in a notebook before deciding to keep it fairly short, but heartfelt. I signed at the bottom, "Your (Old) friend." I chuckled almost out-loud that she would likely know who it is from immediately since it was such a "simple" or odd thing to do. Then, I took a trip down memory lane, and hand-delivered the card to the funeral home.

As I drove to the funeral home, I realized why the silver-lined feathers made me think of her.

There was a 4-H song we sang every year at camp, "Make new friends, but keep the old. One is silver and the other is gold. A circle is round. It has no end. That's how long I want to be your friend."

I still hadn't grown out of that, had I? My subconscious mind had spoken and I listened to it unaware.

I don't know if I picked out the right card, after all. I don't know if the words I wrote within it helped her or even if they were the right ones to say. Even after experiencing a parental death, I still have no guarantee I'm doing or saying the right thing. I'm not sure there is a right thing to say or do. Sometimes you just have to trust instinct and go with your heart. So, that is all I knew to do in hopes that it would do more good than harm. I don't know how or if any of it was received, interpreted, or considered. I simply spoke with the funeral home director on the morning of the funeral who told me to place it in a basket for the deceased's family and friends, and I did so accordingly. I could still hear from my former friend, but I knew by now that chance was slim to none. Still, I wanted to give her one more well-meaning message on the off chance it would show some support for her grief and remind her that others care for her. I considered it a final farewell if I heard no response. If I hear no response, that friendship could now officially be laid to rest peacefully in the corners of my mind.

"That's how long I want to be your friend." I sighed and then smiled. That agreement depended on two people didn't it? I may have wanted to be her friend forever, but that did not mean it was reciprocated. It didn't have to be. I wasn't entitled to a response or her friendship. If it made her life easier to forget me, then so be it. I could respect that. It didn't change the fact that it enriched my life to remember her.

Every smile from that stone-faced teenage girl turned young woman would always mean something to me. No matter how many times she criticized my clothing or jokes, her smile said otherwise. She was a girl who rarely smiled. Others made jokes about it, but she was beautiful nonetheless. If I caused a smile across her lips, no matter how pursed, I felt I had accomplished my goal for the day. No schoolwork grade on homework could outmatch my toughest and most beloved critic. She would forever be remembered in my mind with both dignity and gratitude. She, at least, deserved to know that. I won't leave without a final goodbye, and thus I said my farewell with love akin to my heart, to my mysterious former friend. Love will always rest in my heart for her, no matter the circumstance.

Author's note: This is a portion of a series, but is written with intention as a stand-alone piece if you do not proceed further. I thank you for your support regardless of whether or not you proceed with this series. If this has caught your interest, Part Two is now available on the link below. Thank you for any and all support. <3

Receive stories by E.L. Martin in your feed
E.L. Martin
Read next: The Mysterious Gift