Good things about being dumped (a week before Christmas).

by Lauren Meek about a year ago in breakups 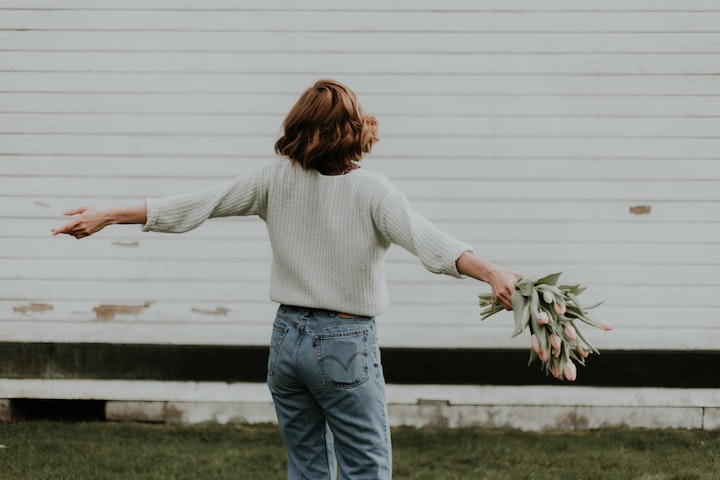 I know you're probably not sure how to take the title of this, wondering if I've gone round the twist or started on the Christmas gin's a bit early bit hear me out.

I was (as the title suggests) dumped less than a week ago by a guy I'd been seeing for about 6 months. As if that isn't bad enough, he did it by text saying that it was easier for both of us that way. Let's be honest, he was saving himself from the stooshie he thinks I would have caused but actually, I'm fine.

I mean, I cried for about 30 minutes I'm not made of stone... my best friend came over with a bottle of wine and we talked it all through. I think she was more angry than I was. I've done all the usual things since then - talked it through with various people, checked my phone more times that is reasonable in a day, wondered about and questioned every single one of his actions for the last few months but this morning, I realised I'm fine. I know that this is now the second time I've said that but I promise I'm not turning into Ross from friends (you know the scene).

So I was in the shower this morning, thinking about what I had to do that day when it hit me that I'm actually happy I got dumped. So here's why;

Firstly, it means the trash took itself out. I was not as upset as I thought I would be so he couldn't have been the guy for me, right? I'm going into the new year with a new flat I love, a bit of positivity about my job and no boy drama!

I also have less to distract me from my goals for next year - the main one being to finish the book I'm writing which is obviously a mammoth task and one that will keep me super busy when I actually sit down to do it. Alongside new goals, it's forced me to revisit some old ones like getting back into fitness. Prior to the pandemic, I was in the gym 5-6 days a week and I really let things slip over the summer. However, I've used this to find productive ways to fill my time. I use the Courtney Black app and I can't recommend it enough - she's mental in a great way.

This might not seem that important really, but there is nobody else using my shower. This means I don't have to constantly try to find my perfect temperature and shower height every single time I get in it making my mornings a little less stressful. In a similar vein, I can also go back to sleeping in the middle of my bed every night and not clinging to the edge for dear life almost in tears because the snoring is loud enough to wake the dead. 9pm bed times are back and I am LOVING IT!

I have more time where I'm not on my phone. Putting my phone down is a big thing for me, I try to make keeping it in my handbag when I'm out etc. a priority as I want to enjoy the moment and give the people I am spending time with my full attention. That being said, I'm not the same when I'm in the house myself so I've made the conscious decision to not be scrolling for much longer periods. You'd be surprised how productive you can be.

And finally... it has taken this break up for me to realise that I deserve better than what I've been accepting. I've also actually done quite well for myself in the past few years and I have never felt more positive or confident in myself.

So, I hope that if you're struggling with a similar situation you manage to find small positives and realise that what will be, will be. Focus on yourself and achieve something.

Last of all, have a great Christmas and new year. I will be spending mine Bridget Jones style - in my pyjamas with some wine and probably a solo dance party that will make all of the neighbours question my sanity!

I started this because I love to write and journal.

I’m just a woman in my late 20s trying to navigate through life!