by Yvonne Lovejoy about a year ago in dating
Report Story

Online Games, That Is 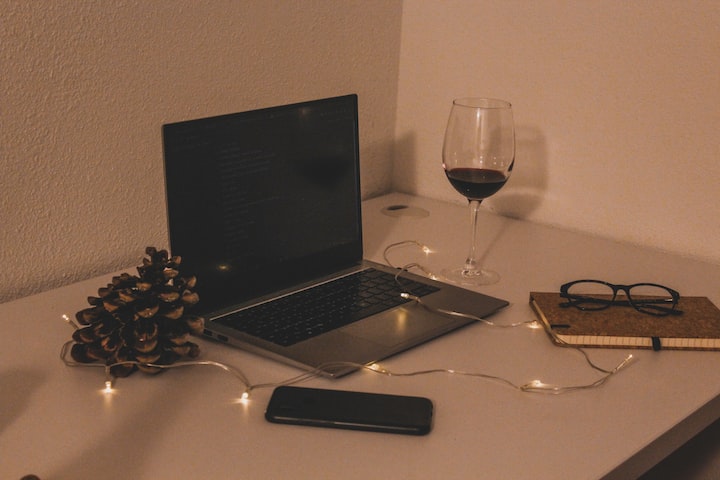 Photo by Árpád Czapp on Unsplash

It’s crazy to be so nervous and excited waiting for him to sign on to this game. Our game. The online game I started playing to spend more time with him after we met on a Skype call. There was just something about his voice with that slight southern drawl. I could never decide if he called all the girl's babe, hun, sweetie, and darlin’ because that was his personality or if it was because he didn’t remember our names.

When he was around, I know I blushed and my smile was bigger. Thankfully, we just used microphones for chatting and never webcams. Our group talked on Skype while we played. It made the game more immersive. It was a fantasy role-playing game. When our team would enter a dungeon for a battle, it was much easier talking than trying to type in a message box.

It was easy being on Skype. Everyone talked, teased, laughed, and joked like old friends even though none of us had met in person, and we lived all over the world. Going past friendship is something I wanted to approach with him, but fear is a great roadblock. He had talked about girls he knew in person over the last five years. In my opinion, they treated him badly. I was always supportive but never felt they were good enough for such a guy who seemed very gentle and kind.

Nearly a year ago I almost put myself out there and made a move toward the romantic. That would have been a big mistake. He was going out of town and, I was playing his character in our game. As soon as his character name showed online, his account started receiving private messages from other females in the game. All at once embarrassment and a bit of jealousy replaced the closeness I had felt with him. He had done nothing wrong, I just had read more into the situation than was there.

The few days that I had left to play his account allowed me time to build that wall of friendship and make friends with nearly every female in the game. Apparently, my pal was a serial flirt. Everything was in perspective when he started playing again. I teased him about the messages I received while playing his character and I swear we could hear him blush.

Over the past year, everything started to change. He and I were talking more outside the game. Long conversations without the whole group. There is something very liberating about talking with someone that you’re not going to see every day or even run into at the corner store. The topics had become endless. Even taboo topics like religion and politics were on the table. There was a closeness and ease to our time together.

His game character showed as being online just as he logged into Skype. Nervous excitement welled up inside me as I tried to be patient and not pounce on him as soon as he showed online. Luckily, he messaged me first. We chatted while we did our daily gaming activities. Losing my nerve was not an option tonight.

“Are you in a hurry tonight?” I asked

“No babe. What’s up?” he sounded curious.

I swallowed hard and stammered around for a minute before I worked up the nerve to forge ahead. “I hope you don’t think I’m silly, but I wanted to ask you on a date.” My voice cracked a bit. I held my breath, waiting.

“Babe, that’s a great idea. How about we watch a movie together? I even picked up some of that Merlot you like so much. We can share some wine while we watch.” There was a level of excitement in his voice that I took as a good sign.

“Perfect, I’ll get a glass if you want to pick the movie.”

I hurried to the kitchen and poured a glass of Merlot. It occurred to me that he remembered my favorite wine. It was hard to seem casual when my heart was racing. I sat down and could hear that he was already back.

“Welcome back babe” with that light southern drawl. “I think I have a better idea than the movie. Why don’t we watch Breaking Bad? We could watch a couple of episodes at a time.”

“Sounds good to me. Let’s toast to our first date.” I tapped my glass with my fingernail. He did the same and we both laughed.

“I’m glad you suggested this. I have been wanting to, but I wasn’t confident if you’d accept.” His voice was a little quieter.

“This has been a long time coming,” I replied. “Now turn on your webcam, so I can see the show too.”

We shared our wine and watched Breaking Bad. One date turned into many. Nothing became awkward. We still played our online game with our friends but at least once a week we had our date.

More stories from Yvonne Lovejoy and writers in Humans and other communities.