by Karis White 2 months ago in family

Treasures in the garden, and treasures of the heart 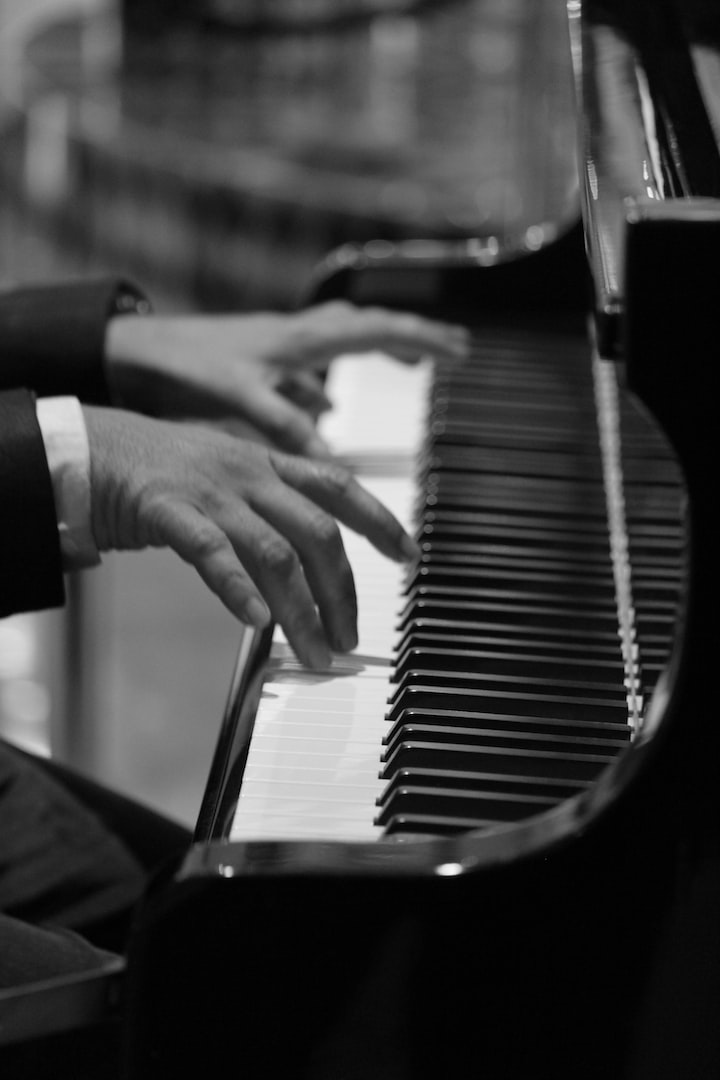 Photo by Divyadarshi Acharya on Unsplash

Grandpa is a retired pianist. Today, he is struggling to open a tin of beans.

I have decided to plant some bulbs in the garden because it’s the end of September, things are turning brown and everything seems to be arriving at a sort of death. I think: it will be nice to have some spring bulbs hibernating through winter, ready to surprise us in a few months. When I come back from university for Spring break, there will be daffodils blooming everywhere.

I’m digging into the soil, day dreaming. Grandpa is not in the kitchen any more, but the tin of beans is on the side, unopened. I can’t see him in the conservatory. The TV isn’t on, though I can hear some classical music still playing on the radio. He’s probably napping. He is tired so often nowadays.

I’m sweating beneath a white sky, enjoying the early autumn breeze on my skin. On my fifth bulb, my trowel suddenly smacks into something hard.

I dig around it, carefully brushing dirt away like it might be something valuable… a fossil, perhaps? How ridiculous! But the shape is coming now…

I feel straight edges. Square and hard. I carefully loosen it, then lift, manoeuvre it out.

I don’t know what to do first, so I just stare at it, waiting for something to happen. I quickly run through all the possibilities in my head, and after briefly considering that it might be buried loot, an alien communicator, or at least something a bit interesting like a time capsule, within seconds, I’ve concluded that it’s probably the coffin of somebody’s dearly-beloved-long-dead hamster. Still, my heart knocks about faster in my chest. With the box in my hands, I feel all tingly. I’m nineteen and now: I’m a child.

The box is rough, stained, bruised with time. I finger the lid, wipe off the dust. It is engraved:

I pull on the lid, but it’s stiff. It pops off with a little puff of dust. A curious aroma of dampness and cold earth wafts delicately out. There is a photograph on top, curled at the edges, slightly soggy and extremely faded. I can make out three young men, very young men. Boys really. On the back, ‘Brothers, 1916’ is written. They drape arms about each other and they are smiling as if the photo has caught them in in the middle of a delicious joke. I dive back into the box: there is a medal, dulled silver I think, almost bronze in colour. There is a small black book, blanketed in dust and a large cobweb, all of which I brush intrepidly aside. I expect it was a lovely little book at one point, but it sits in my hands now, chilly and moist. The paper edges are browned like tea stains. I open it up, eagerly flick through the pages.

It is old, beautiful handwriting, the kind that is tiny, but curls and furls aimlessly around the page. It reads:

My brothers, they are disappeared,

With just two words to mark each life,

I have returned back from the fields,

The two toned greens and reds of France,

And though I sleep the sleep of peace,

A heaviness I bear each day,

Who thought a sound could have such weight?

But screams and cries have substance too,

They’re stifled, trapped, they all stagnate.

It’s time for me to put an end

To all this sadness sat in me,

That I alone survived that hell,

Only to live in misery.

And use it wisely as you can.

That I may be remembered as a

I ponder on these words, read it again. And again.

To be a human being.

Back to the box – I quickly push around in the dirt at the bottom. Buried beneath, I pull out several coins, each one the size of the small of my palm and extremely heavy. I brush them clean, I can see they are gold, or at least should be were they not so discoloured. There is a man’s face adorned on the front of each coin; a horse and soldier slaying a dragon embossed on the other.

I look around to see if anyone is watching me. I skip into the house like the little girl I have become, my heart galloping wildly under my ribs like a horse.

No answer. I find him in the bedroom curled up like a lamb, skin hanging loose around his jowls in a soft and easy sleep. I sit down next to him, settle myself by stroking his beautiful hands. They are blood-spotted, rough and smooth like the skin of an orange, no longer the nimble, magical tools they once were. He stirs.

‘It’s a lovely day. You should come outside, Gramps.’

‘Grandpa, can I ask you something?’

‘What happened to the man who lived here before your Dad bought this place?’

‘He was well off, that I know. He came into a lot of money if I remember, lucky bloke. But then…’

‘Nasty business,’ he shakes his head and rubs his temples creating great rifts in his forehead. ‘Poor chap killed himself. Soldier from the Great War if I remember rightly. Not uncommon in those days of course.’ He closes his eyes as if deep in thought and adds sadly. ‘If there’s nothing to live for, it’s hard to keep going… I suppose.’

He rolls away from me, goes back to sleep.

My treasure: the wooden box, little black book, photograph, medals and twenty-five gold coins all sit on my bedside table, staring at me like an impatient child. What are you going to do with me? they ask, they plead! I immerse myself in the internet. It doesn’t take long to work out that these coins are worth something. Within a week, I have made some calls and sold these gold sovereigns to an auctioneer in London for a total of £20,000 exactly. In one moment, the moment I see the money in my account, it feels thrilling. I’m so excited, I’m pacing, I don’t know what to do with myself. But then, everything slows down, I am nauseous. I feel peculiar, even ashamed. I don’t tell anyone about my treasure, not even Grandpa. I spend these days in a sleepless kind of tension. I spend night after night on my laptop searching investment bonds, student loan repayment, savings, deposits for a little flat close by to Gramps. I have a biting sensation that this money isn’t mine, that I should give the money away to a charity. But then, I feel rushed with excitement again, and search for how much a round-the-world-ticket might cost. I’ve always wanted to travel. Grandpa used to take us to his caravan every summer when I was little and that’s all the travelling I’ve ever done.

It’s burning a hole in my pocket. It’s like an itch that must be scratched and I’m all wound up about it. This isn’t enough money to save the world, or to save Grandpa; but maybe it’s big enough to do something great, incredible even. One evening, I ask Grandpa what he would do if he won the lottery.

‘Seriously? But what could you play, Gramps?’ I immediately wish I hadn’t said that. He doesn’t like being reminded of his age, of what he can’t do anymore. He looks straight at me.

‘I’d play my Debussy again, of course. My sweet, sweet Debussy. Then,’ he smiles, ‘onto some German stuff. Perhaps some Schumann. No!’ he raises a hand. ‘On second thoughts, I’d start with Satie.’

‘Do you remember the first Gymnopodie?’ he asks me.

‘I’m not sure that I do,’ I lie. I want to hear him talk about it. I want to watch him hearing the music in his head.

He begins to sway a little, closes his eyes, hums under his breath with his worn out vocal chords. His hands dance in subtle little leaps like he is conducting. He moves his fingers unconsciously, like he is caressing the keys of his old piano. The opening of this piece, the right hand and left hand dialogue, always reminds me of a girl dancing on water; she is the melody, pulling her body in unexpected directions whilst the left hand chords undulate softly beneath her like the waves of a dark lake. We are hearing it: Gymnopodie. We are floating above it, gazing down on the ambiguous tonal centres, the meandering melody. We are clouds. We are the sky itself.

I suddenly have no more questions. There is no more confusion.

‘It’s bed time for me!’ I say. I am plunged into excitement. I have never been so sure about anything in my whole life. I kiss Grandpa goodnight. ‘Love you’, I say, and dash into my room, grab my laptop and spend every single penny of my treasure without a second thought.

It arrives on Thursday next week in a huge delivery lorry. I ask the lady next door to invite Gramps round for tea and cake, and he goes reluctantly when I say it will be good for him to socialise with other people his own age. I have the place to myself.

The legs are already removed, and the delivery men haul it dramatically through the front door on its side. Once assembled, I instruct them to push it into the corner of the room next to the conservatory window where it sits now, like a patient cat waiting to be loved.

I sit down and touch the lid, begin to think about my bulbs popping up through the late winter mud, springing into life. I imagine Horace Arnold, burying his last possessions away. I run my fingertips over the engraved brass plaque on the side:

For Horace: Brother, soldier and human being.

When Grandpa returns an hour later, he potters in, muttering as usual about what a cantankerous old biddy she is next door, and why can’t she just make a cup of tea with no sugar in it for pity’s sake! He falls into the sofa and tells me to get him a cup of tea - the way that tea should be made.

My heart is palpitating so fast now, I fear it might race off out of my mouth entirely. I hide behind the door to the living room with one eye around the door frame, peering, waiting.

He stands and holds his chest, stumbling.

‘It’s just a miniature,’ I say. ‘There wasn’t enough money for a full size.’

He walks backwards until he’s straight up against the wall. He covers his mouth with one hand, points with the other, shaking.

‘Well, I know that…’ he whimpers and takes a slow, tentative footstep towards it.

And another. He touches the lid tentatively, but pulls his hand away, as if it is burning like hot coal.

He strokes the entire lid from one side to the other. He lifts the cover, glaring at the instrument’s viscera, the cast iron, the strings, the hammers, everything inside like it’s an enormous trove filled with gold. He sits again, presses the pedal with his foot and sighs, wipes away a long streaking tear that has drifted down his cheek. He lifts the lid, rests his fingers on the keys, and plays.

See all posts by Karis White →