Who Wears White To Dinner Anyway? 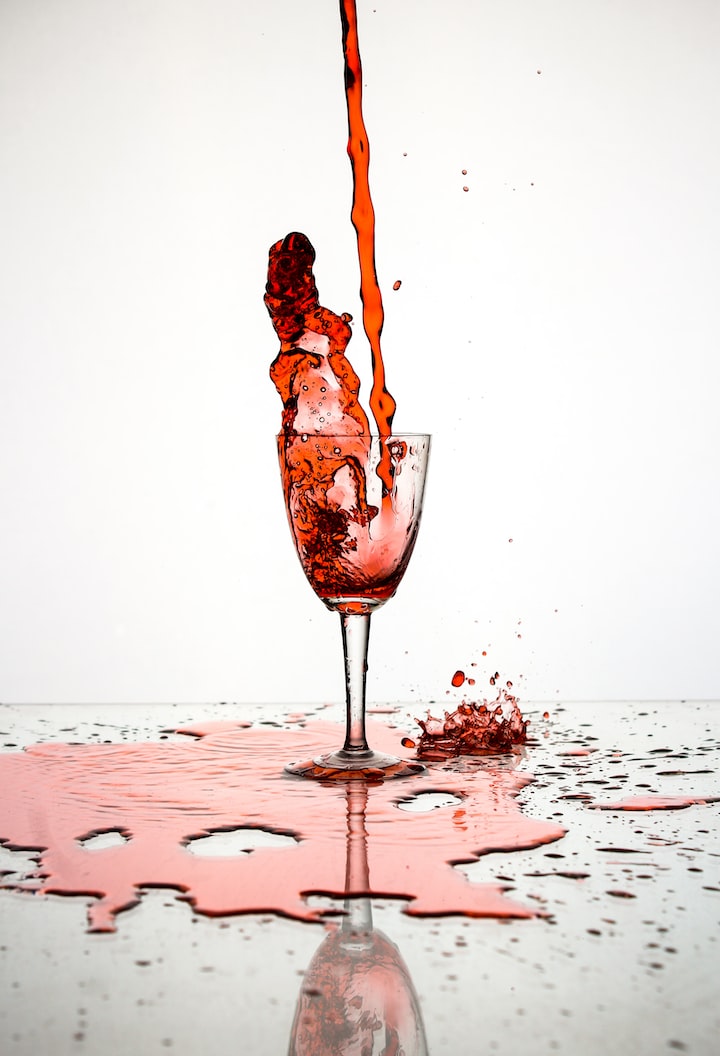 Photo by Piotr Makowski on Unsplash

I gathered the collar of my wool peacoat, to compensate for my forgetfulness to wear a scarf. Actually, I didn’t forget, I was simply trying to be cute. But cute instantly got tossed out the window as I fought with the strong winds that blinded me with every strand of hair on my head. Tugging at my collar, wiping hair from my face, while trying to read the walking directions on my GPS, was multitasking at its finest. I got turned around twice before I found myself walking in the right direction. I felt foolish for even needing my GPS considering I spent half of my life socializing in this particular part of the city. I knew it like the back of my hand. But since the pandemic, it had been an entire year since I stepped foot downtown. I never thought I would get lost in what used to be familiar territory.

I was one block away from the restaurant when Pierre called to inform me that he, too, was around the corner. Pierre and I met through a dating app two weeks prior to our first date. Neither one of us preferred online dating over the organic happenstance of meeting someone new. But because of Covid most things, including dating, shifted to the cyber world. As a result, we gave it a shot and stumbled across each other. From our phone conversations alone, I’d say we had a favorable connection. It didn't hurt that I was attracted to his photos either.

Outside the restaurant I awaited Pierre’s arrival. To avoid being caught off guard, I began to look for him in every direction. All of a sudden, a heatwave of nerves hijacked my entire body. “Great, the last thing I need is a pair of sweaty armpits on my first date.” My eyes lead me across the street as I noticed a man running towards me. “Too much energy for this time of night!” I had thought. I slightly squinted my eyes and realized that energetic man was Pierre. Our initial greeting felt like I was meeting up with an old friend. He ran up to me with his arms wide open and all my anxiety disappeared the moment we hugged.

We settled into our seats and began looking over our menus. Pierre was in charge of picking out the drink for the night while I took pleasure deciding on the appetizer.

“So, Lizzy, merlot or pinot? Your choice.”

“I’d say—I looked toward the ceiling as if I were searching for an answer to a difficult question—it’s a merlot kind of night.”

“Ahh, great minds think alike.” Pierre said with a bright smile upon his face. “And what appetizer did you decide on?”

“I'm stuck between the Macaroni Au Gratin and the Ricotta Ravioli?”

“They both sound pretty good! Why choose one when we can have both?”

“Alrighty then! Settled!” Pierre and I laughed.

Lots of laughter was shared throughout the night. Our sense of humor was tantamount to each other. Our conversation resembled music notes on a page, alternating from light small talk to dialogue that dug a little deeper within the soul. Pierre made me feel comfortable and safe to be exactly who I was. Our first date didn't feel like the first of anything. Instead, it felt like home.

Shortly after our waiter poured our first glass of wine, Pierre asked me to propose a toast.

“Here’s to a beautiful night.” We held our glasses high, creating a delicate chime as we joined them together.

It had been a beautiful night indeed. The merlot paired with our choice of food was a perfect match. Our conversation paired with the million smiles we shared was comforting. The red wine stain paired with my white sweater was embarrassing! “Oh no! How did that happen!?” I thought looking down at my sweater. At some point I misjudged the opening of my mouth. “Who wears white to dinner anyway?” I thought to myself.

Pierre dipped his napkin in water and handed it to me, hoping it would assist with removing the stain. I aggressively blotted away what looked like a maroon-colored Jackson Pollock painting on my sweater, as if I were at war with it.

“Don’t worry. If you can’t get it out, I have a way to fix it once we get out of here,” Pierre said as he analyzed the frustrated gestures my face was making.

“Do you have a washer and dryer in the trunk of your car?” I said as I let out a quiet laugh.

Pierre slightly jolted forward with laughter. “No! Hahaha. I have something better than that.” He responded with a reassuring wink.

We took our bottle of wine to go and headed back out into the unbearable cold. Walking as fast as our feet would permit us, Pierre suggested we walk to his car. And he would then drive me back to mine.

Within minutes we pulled up to my car. I wasn’t ready to say goodbye and what Pierre said next confirmed he felt the same way.

“Do you mind if we just chill and talk a little while longer?”

“Not at all! No need to rush the night.”

We sat in his car and somehow ended up discussing the two topics that usually stir up trouble.

Politics and religion. By some means we still managed to laugh our way through all the seriousness. So much so, we eventually found ourselves holding hands, not wanting to let go.

“So, I’m still waiting to hear this plan of yours to fix this mess on my sweater.”

“Yes! The stain! So, here’s the plan. I’m going to have you take your sweater off—"

“I promise it’s not what you think. I bought a pack of black t-shirts today that are still in my car. You can change into one if you'd like, without me looking of course, and I will drop your sweater off at the dry cleaners tomorrow for you.”

“That’s kind of you, but I could also drop my sweater off at the dry cleaners’ tomorrow.”

“That’s true. But if I do, I’ll be guaranteed to see you again very soon.”

“Hmm, so this is really your plan for 'having a way to fix it?' You said your plan was better than a washer and dryer.”

“The dry cleaner is better than a washer and dryer.”

I stared at Pierre who was obviously tickled by his own joke. You’d think we were watching a comedy show the way his body moved uncontrollably to the beat of his humor. I, on the other hand, looked on with disappointment to his solution for my stained sweater. Then suddenly unable to contain myself, I, too, burst into laughter at the sight of Pierre laughing at himself.

“Thanks, but no thanks.” I replied as we both came down from our high of silliness. “And by the way, dry cleaners or not, I’d like a second date also.”

“Oh, really! Okay! I would love that Lizzy. How about we toast to our second date by finishing off this bottle of merlot.”

“That would be nice, but we don’t have anything to pour it in.”

“Ahh, but we do. I happen to have a pack of plastic cups in my trunk.”

“Wow you apparently have everything in that trunk of yours.”

“Everything except the washer and dryer.”

We drank our third and final “glass” of merlot as we sat in a peaceful silence. He held my hand until we finished our drinks. Our night had come to a bittersweet end. Pierre opened my car door and we said our goodbyes. Before I got in, Pierre grabbed me by the waist and pulled me closer to his body. He wrapped his strong arms around me and hugged me in a way that felt so satisfying. I honestly could have stayed in his arms the rest of the night. He then took hold of my hand, raised it to his lips, and gently kissed it. And there it was, the blissful feeling of butterflies in my stomach.

“Have a goodnight, beautiful.”

“Next time we’ll have a glass of merlot at the laundromat. That way I’ll have a washer and dryer on standby if you need it,” Pierre said as he smiled and gave me a reassuring wink.

More stories from Rachel Elizabeth and writers in Humans and other communities.