Through the art of personal storytelling, I want to share with you my top-tier advice when it comes to Merlot and first dates. 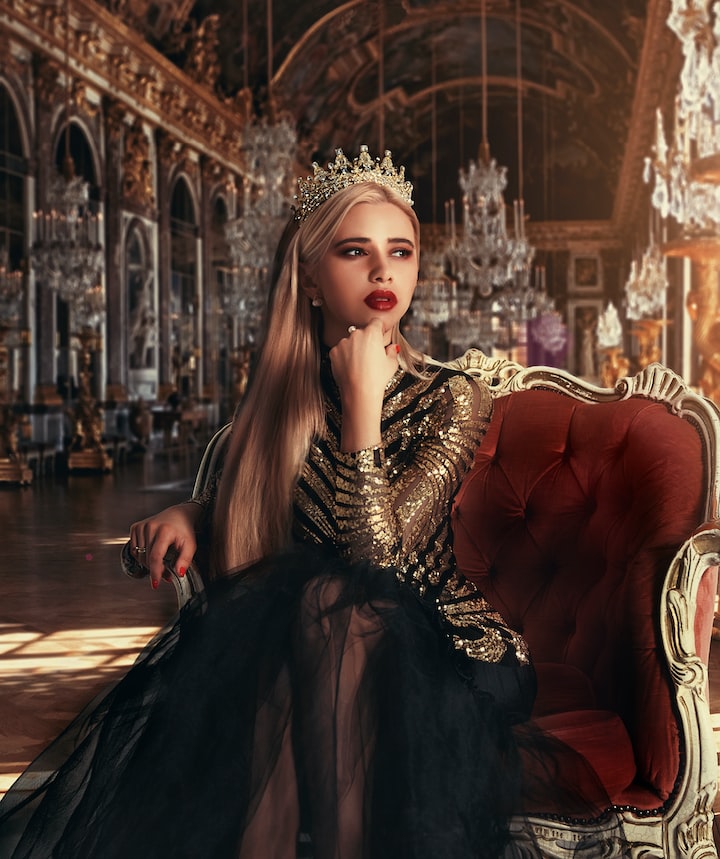 Photo by Alice Alinari on Unsplash

When I first became interested in settling down with my very own Prince Charming, my Fairy God Mother appeared and said:

“Finding your happily ever after begins with a glass of Merlot.”

I know, right? I was confused at first too, but what the media doesn’t tell you about success stories from the likes of Cinderella, Tiana, and Rapunzel, is that Merlot is the key to everything:

👠 Cinderella stole a bottle of Merlot from her evil step-mother’s wine cellar and drank a glass for Dutch courage before the ball.

🍷 Tiana fell in love with Prince Naveen over a glass of Merlot.

And let's face it, Merlot pairs well with any first date situation. With its:

Luscious notes of black cherry, raspberry, and plum, with hints of vanilla, cedar, and milk chocolate

This type of wine is the perfect fit for royalty.

A fairy-tale ending starts with a fairy-tale beginning. After many first dates with various princes, knights, lords, and the everyday Joes, I can vouch that a glass of Merlot really does make any first date an effortless, exciting, and engaging experience.

Now comfortably married with a baby on the way, through the art of personal storytelling, I want to share with you my top-tier advice when it comes to Merlot and first dates.

1. Don’t jump into your first date just because he mentions Merlot.

Once upon a time I was chatting to a frog prince on a dating app. He seemed cool, kinda woke. He was into hip-hop, meditation, and an advocate for body positivity. We spoke every so often during the first couple of days, but then he suddenly said it was imperative that we met before the end of the week.

I thought it was a bit too soon, but he said technology was not his thing and using this dating app harmed his zen. The frog prince invited me to a fancy ball and said we could get to know each other better over a glass of Merlot and dancing.

Ladies, there is no need to rush. Don’t do what I did on my first date. This…fraud gave me all the sweet talk as he hopped on to my shoulder the moment I arrived at the ball. His charm had me feeling so smitten that I kissed him immediately. He hopped off and right before my very eyes this frog prince transformed into a regular prince and just legged it. I was home before midnight.

I'm going to say it louder for the princesses at the back. Get to know your prince’s intentions BEFORE you go on your first date, because sometimes what they want, and what you want may be two very different things.

I get it, we all love Merlot. However, there is no need to drink an ENTIRE BOTTLE on a first date. Take it from a princess who did just that when I met up with a knight at a tavern for the first, and only time.

He had this Bright Cellars gift card that was awarded to him when he came first place in a Jousting tournament. He told me that I could order any wine I wanted.

He probably thought I was going to have a glass, but I ordered the whole bottle and pretty much downed it right in front of him. It didn’t take me long before I started speaking gibberish and passed out moments later at the tavern. I woke up the next morning in my own bed and a message:

“I called you a horse and carriage to take you home after you got royally wasted on wine. I’ve gone to slay a dragon and won’t have signal for a few years. Bye.”

3. Don’t let the Merlot do the talking.

Merlot is a real confidence booster. It makes us more talkative and personable. Obviously that’s a good thing, but you know what they say, too much of a good thing is a bad thing.

Let me break it down for you.

I once had a first date with a young lord who had organised a romantic moonlit picnic in an enchanted forest. Strawberries, olives, and various cheeses were on the menu. I brought a bottle of Merlot. When I arrived, this lord produced two glasses from the picnic basket and poured me a generous amount of wine.

The moment I had my first sip of Merlot I became an absolute chatterbox. I talked while I had food in my mouth, I talked while the lord tried to talk; the only time I didn’t talk was when I took further sips of my glass of wine.

By the end of it, the young lord knew my entire life story, but I knew nothing of his.

There you have it my fellow princesses. I hope my first date stories and advice have been useful for you. Now go out there and find your very own happily ever after, and don't forget the Merlot.

More stories from Fiona Teddy-Jimoh and writers in Humans and other communities.