The first time I met my father. 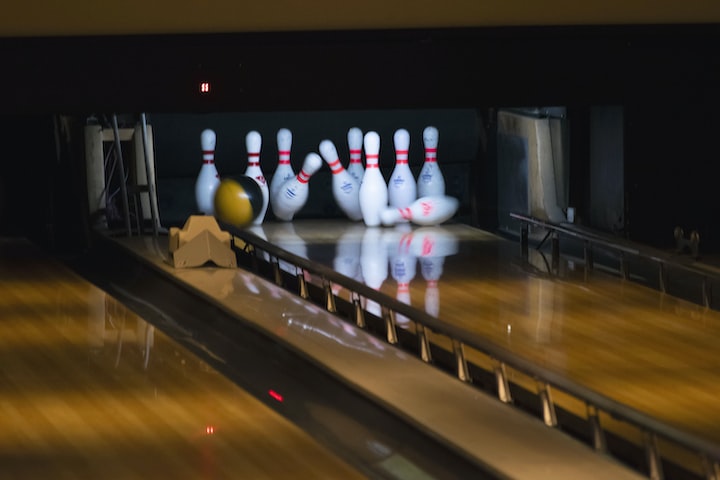 Photo by Karla Rivera on Unsplash

In mid-April of 1985, my grandmother, still nauseous from the terror-inducing 40-minute drive across the Golden Gate Bridge, watched as her eldest daughter was about to lie to the father of her child. The lie, born in fear and love, did not come easy, yet in the moment, it was her truth. What she needed. What she thought I needed.

My father held me in his arms in the western lot of Oak Knoll Naval Hospital, the morning sun barely escaping over the facade of the scrawling military complex, kissed me on my forehead, and asked my mother the question that he would not receive an honest answer for.

His once crisp, short sleeved corpsman’s uniform, aching from the stress of a night shift, nearly matched my light brown complexion as he continued to look in my eyes.

“No, he is not.” My mother responded.

35 years later, I sat alone in a bowling alley in San Marcos, California. I had immediately ordered a beer, and sat with my back towards the room, challenging any newcomer to identify and approach me. I was about to meet my father and his two adult sons for the first time.

I had always imagined that I would do this on my terms. In my home, holding my wife’s hand. My children distracting me with boyish arguments and adolescent curiosity. My dog tearing a toy to shreds at my feet that had been marketed as "indestructible." My grandmother waiting by the phone to hear how it went.

Instead, I was alone, 2500 miles away from home and about to participate in my least favorite activity of all time. Yet, I was calm. Little did my soon-to-be-family know, this was not my first time at San Marcos Bowlero.

Due to the insanity of being a 35 year old man riddle with social anxiety that was about to meet his father by himself in a strange city, I had inadvertently arrived a day early. I had sat at this very bar, drank the same type of beer, and stewed for 40 long minutes until I checked my email and realized my mistake. Oops.

I turned to see two tall men, one slender and stoic, the other large and loveable, walking to me. The larger guy, smiling, pleasant and welcoming, looked exactly like me.

“Yes?” I said, acting like I was surprised and didn’t expect a dreadlock wearing doppelgänger to approach me.

These were Ben and Charlie. My two new, younger brothers. Ben, a once mildly famous X-Box E-gamer, stood back slightly, taking me in. Charlie immediately wrapped me up in large hug. "You look just like him!" He said.

As we chatted, stoic Ben’s face turned to recognition as he glanced past my shoulder. I pivoted, and my father, slightly timid, yet obviously familiar with his surroundings, was approaching. He smiled and greeted each waitress kindly as they walked by, several of whom met him with a pleasant half-hug as they hurried to complete an order. He was tall and dark, the source of my height and complexion. He looked everywhere but at me. As I looked around my father’s frequent establishment, I had a sudden realization.

He was more nervous than me.

We were on his turf under his conditions. With his family. I smiled, and as planned, met my father for the very first time.

After years of wanting, needing, and not knowing, we met. Despite the dreaded activity of bowling, a skill I did not adopt from my father, we all had a lovely time. A chapter of not knowing ended, and a chapter of friendship and family was about to begin.

More stories from Matthew Agnew and writers in Humans and other communities.