by Tracy Nguyen 10 days ago in friendship

A story of a slightly white-washed Asian who now has an Asian friendship group.

It has been a long time coming for me to finally find my community.

My first ever group of friends who are Asian.

I didn't have many Asian friends throughout my schooling life and even now at university. I wouldn't say it's a problem, because I am liked for who I am as a person not for my background. It doesn't mean I'm shading my current friends and friendship circles I am part of but I wanted a group where I could relate to everyone on a cultural level. It naturally happens for people searching for familiarity in this world and to be accepted.

I spent the majority of my schooling at a private school. This definition may vary from country to country but it was a typical independent school that had more resources than public/government schools. It's what my parents wanted as typical immigrant parents wanting their children to have better opportunities.

With that, it was a very white (Caucasian) environment where there was a small percentage of Asians. To back that statement, I was the only Nguyen that graduated in my year, now that's a rarity life achievement. In previous years, there were at least a couple of people with Nguyen as their surname. Since Nguyen is one of the most populous surnames in Australia given the large Vietnamese population.

As mentioned before, I don't really care since and it really isn't a big problem. I just wanted another group of friends where I could relate on a culturally level.

Searching in the "online world":

As someone who enjoys a niche music genre (kpop) now becoming more mainstream with the help of social media and the artists branching out into the American market, it was hard to find friends.

I always hid my love for the music due to fear of being judged and being called names even to this day. Listening to K-POP helped me through a dark time from getting bullied and to escape from the world.

The internet has impacted how I interact with people online. I end up talking to my 'online' friends more on a daily basis than my real-life friends. It all started with talking about the interest to know what is happening with our lives. I have been part and am still part of many online communities which have allowed me to meet them IRL.

Through this, I have discovered a community that I could fit in. I met people who with a common interest branching out to an everlasting friendship. We have met up frequently and have become close friends who have each other's backs. 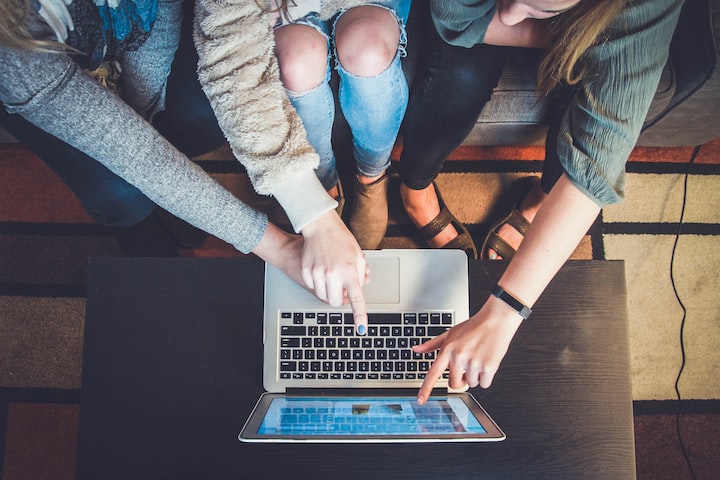 By John Schnobrich on Unsplash

This group of friends are special because they are my first group of 'just Asians'. I feel like they're people I've known for a long time and we've only been friends for 1 year. The cultural connection is something you need if you want to feel included as it takes friendship to a deep level from early on.

We have created many memories together and we are always out for each other as any friends are.

We have shared birthdays together, milestones and being vulnerable with each other. I can honestly say my life would be so different if I didn't venture off into the internet to find these people.

A community where I could fit in and be able to relate with people that you might never meet.

Eventually, if I fall out of listening to kpop, I will always hold a special place for it because it has been a turning point in my life. There are times when I think what would I be doing if I didn't jump into the world of kpop. It has allowed me to learn many things about myself and the world.

Just a 20-year-old taking life day by day writing her thoughts out loud for the world to witness.

See all posts by Tracy Nguyen →