Every Trick in The Book

by Isabelle Loobie 2 months ago in family 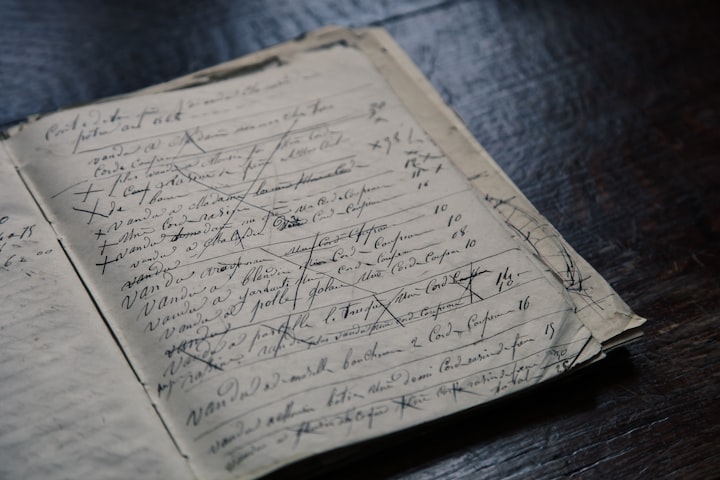 Photo by Dimitri Houtteman on Unsplash

Kayla and Nicole’s troubles began to build after the loss of their parents. Years of hardship began to take its toll. It was a normal day for the sisters, or so it seemed but little did they know, their lives were about to change.

“Where are we going?” Asks Kayla.

“I forgot to pick up our box from the food bank.” Nicole responded.

“Okay!” Stated Kayla as she looked around intently.

On their way to the food bank Nicole notices a deserted mall.

“Hey, didn’t mom take us to that mall a few years ago?.” Asks Nicole while pointing towards the rundown structure.

“Yeah she did. You think we might find anything in there?” Kayla replied.

To the girl's surprise, the mall doors were unlocked and everything was left unattended. Each store was slightly lit up with a few things left on display. Their attention was drawn to an escalator at the opposite end of the mall, which led to a large department store. The girls made their way down the broken escalator and decided to split up in hopes of finding supplies to salvage. Each aisle was filled with random products. Kayla noticed a few boxes of old pillowcases and quickly grabbed a handful and threw them into her duffel bag. In the midst of gathering, she noticed one of the pillowcases was slightly heavier than the other. She reached in and pulled out a small black notebook. The pages were old and filled with messy black ink, each page felt delicate to the touch. Kayla sat on a pile of shabby clothing laid out on the floor and began reading intently. Minutes go by and Kayla snaps back into reality when she hears her sister shout from across the store. “MARCO!” Kayla responds “POLO!” It was time to go. On their way home, Nicole noticed how silent her sister was but just assumed she was tired.

KSHACK! Nicole pulls down the garage door as they enter the house and locks it behind them immediately.

Kayla waits an hour before deciding to tell Nicole about the notebook she found and how it could affect them both. She grabs the pillow case with the notebook inside and makes her way to the kitchen where Nicole was shuffling through material. Nicole sighs. “We will just have to make do with this for now but I think it’s best we go back to the mall just in case—“

“um Nicci,” interrupted Kayla. “Yes Kayla, what’s up?” Kayla took a seat on the kitchen floor across from Nicole and proceeded to shake the black book out of the pillow case. “I found this old notebook earlier when we were at the mall, I had a feeling it would be important. I looked through it and—”

“I’m listening.” Says Nicole. Kayla continues. “there are a bunch of strange riddles and codes alluding to a prize hidden somewhere in the mall and if we were lucky enough to come across the notebook then—”“we should be lucky enough to find the prize.” Muttered Nicole. “Everyone we’ve ever depended on left us to fend for ourselves Nicole. The only thing that we have left is this house. I’m tired of scavenging for everything we have. This could be a blessing in disguise.” Kayla voiced. “I hear you Kayla but the chances of us finding anything in that old mall is slim to none. For all we know the prize could be claimed already.” “It’s not Nicci, It can’t be!” Kayla said hopefully. “Alright, first thing tomorrow we will go back to the mall and look. We better become the next Jeff Bezos.” Kayla laughs. “I’m not kidding,” Nicole says with a smirk on her face.

The next morning, Kayla wakes Nicole up and eagerly hands her two small bags. “I put a hammer, flashlight, screwdriver and walkie talkie in each bag. I have a feeling we are going to need them. Hurry up! Let’s go, let’s go!” Exclaims Kayla. “Alright, alright, give me a second will you.” Nicole responds.

When the girls arrive back at the deserted mall, they split up and clear the mall store by store. Nicole kept the book at hand and recited each riddle with Kayla through the walkie talkies. The mall was one narrow strip with stores polar to one another. The largest and final store was only accessible via the broken escalator. “I’ll stay on the left side, you stay on the right. If anything happens we will meet back at that broken escalator okay.” Kayla states. “Yup!” Nicole responds. The girls part ways and begin their search. Riddle by riddle, hour by hour, the girls clear most of the mall.

“Kayla can you hear me?” Asks Nicole. Kayla responds, “Yeah.”

“I only have one riddle left…moment of truth.”

Nicole clears her throat and reads,

“bags, bags full of light. Hidden truth in plain sight. You shall find me in a store, one of which will keep the score. 20,000 in a King. If you find me you will win”.

Score...MARK! MARKS MATTRESSES! Kayla, it has to be there!”

“Hidden truth in plain sight...King. What could this mean?” Kayla asked herself. “Nicci, I think the prize might be hidden in a king sized mattress! I’ll go look, meet me at the escalator when I say. In the meantime… look for more house supplies.”

Kayla makes her way to Marks Mattresses. Upon arrival she notices a large, rusted lock on the door. She used her hammer to break it open. 20 minutes go by and Kayla has ripped apart all of the aged King sized mattresses she could possibly find. She lets Nicole know that she didn’t find anything and to meet her at the escalator. Frustrated, she throws the screwdriver, she used to rip the mattresses apart, and begins to pace in confusion.

“It makes no sense…it should be here. It has to be!” She says to herself. Teary eyed, Kayla slips on the screwdriver she threw on the floor and falls backwards. She hits her head on a shelf behind her. FWAP! A navy blue bag the size of a pig falls right next to her. Curious, she opens up the bag. The feeling of relief flooded over her and she began to think, after years of trying to make ends meet for her and her sister, they would finally be rewarded with a fresh start. Kayla began to cry hysterically as she realized what had just been found. A bag of money lay right before her, she recited the riddle out loud to make sense of the situation.

I am a Canadian Artist. Being surrounded by different cultures and lifestyles has made me yearn for inclusivity in everything I create. I love to bring life to my thoughts and hope that others feel connected to what I envision. Enjoy! 💗

See all posts by Isabelle Loobie →