by Aleeza 4 months ago in divorce
Report Story 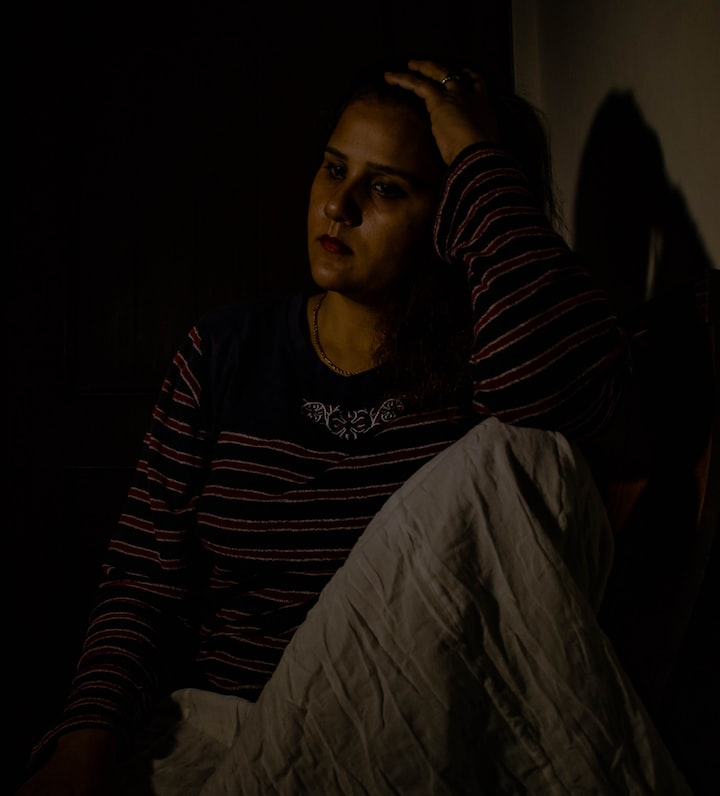 Photo by Hassan Vakil on Unsplash

(This is a continuing series. Please check out my other stories.)

The path was filled with stops and starts, even when it came to emotional and physical health. Much guilt to release. Too much responsibility and blame being carried.

I even had an affair, but he still wouldn’t give me a divorce.

That moment you either jump or die.

This day also didn’t arrive without having to tell people what I kept secret for so long. The man and father who everyone loved and respected, had a flaw, a big one - he abused his wife. The man who had to always be patient and kind with everyone else had an outlet - his wife.

Confessions came hard and were some of, if not the, hardest days of my life.

I told the children one at a time, oldest to youngest throughout that week.

I still kept things from them. I am still protecting him. I merely hope for a little love and a bit of understanding about why I have to do this, for me and for my emotional and physical health, if for no other reason.

It just never ends. Will I ever be free of his manipulation and control? Why am I still protecting the man who never saw fit to protect me physically, emotionally, or spiritually? I am learning that no matter how far I think I have come, I still have a long journey ahead.

I tried to be very careful to express that I am not asking them to choose sides. I support their relationship with their dad. I love them, and I will always be there for them and have a place for them.

Each one went about as expected, but I was terrified and thought I would be prepared for the worst, but you are never really prepared for rejection by your children.

The oldest was adopted by him eventually, but she wasn’t his biologically. He had purposely withheld affection from her. The boys had experienced some of his harsh physical treatment before. The two oldest especially had been out of the house and on their own long enough to process and recognize that our home was not what we presented, was not healthy, but was actually toxic. So although there was much sadness, and some exploration of other alternatives, there was also a little understanding of why it was a necessary course of action.

The youngest, though... Hurts to the core of my very being.

Maybe you are familiar with parental alienation syndrome. He was successful to a certain degree with all of them, but he 100% succeeded with our youngest. Our relationship was already much strained, and I grieved having to tell her any of this. I also did not want her to carry any guilt or blame, so I was extra careful with how much I was going to tell her. Which ended up not being much at all before she left. When others convinced her to come back, I was barely able to just make confessions about myself, tell her I filed for divorce, and that I will always love her and want a relationship with her and be waiting for anything at all - even if just to meet at her favorite restaurant.

But she wouldn’t listen to me try to explain or describe the whys at all. She wouldn’t let me close to her. Or hug her.

I drove almost 7 hours to tell her in person. For maybe 15 minutes in the same room.

The week or so going up to this was tumultuous. I was a wreck. I was nervous and afraid. I suffered a massive migraine, and most days found me in the bathroom vomiting multiple times. My nerves were spent.

I would wake up shaking and terrified. I was afraid someone would tell him before I was out of the house. A couple of nights, I could do little more than sit in my driveway and watch for the lights of his vehicle, ready to pull out of the driveway if he happened to go home.

I was shaking uncontrollably nonstop. I was panicking. Each minute seemed like a whole revolution of the earth.

Then the phone call came. Then the text.

Love to write. Love to connect. Love to learn. Love to observe. My writing is my bio. I am found in what I write, I am in the music that surrounds me, I am the reader in reflection.

More stories from Aleeza and writers in Humans and other communities.