Death of a Stranger -- Tom Bradbury

“Death is the quiet haven of us all.” William Wordsworth 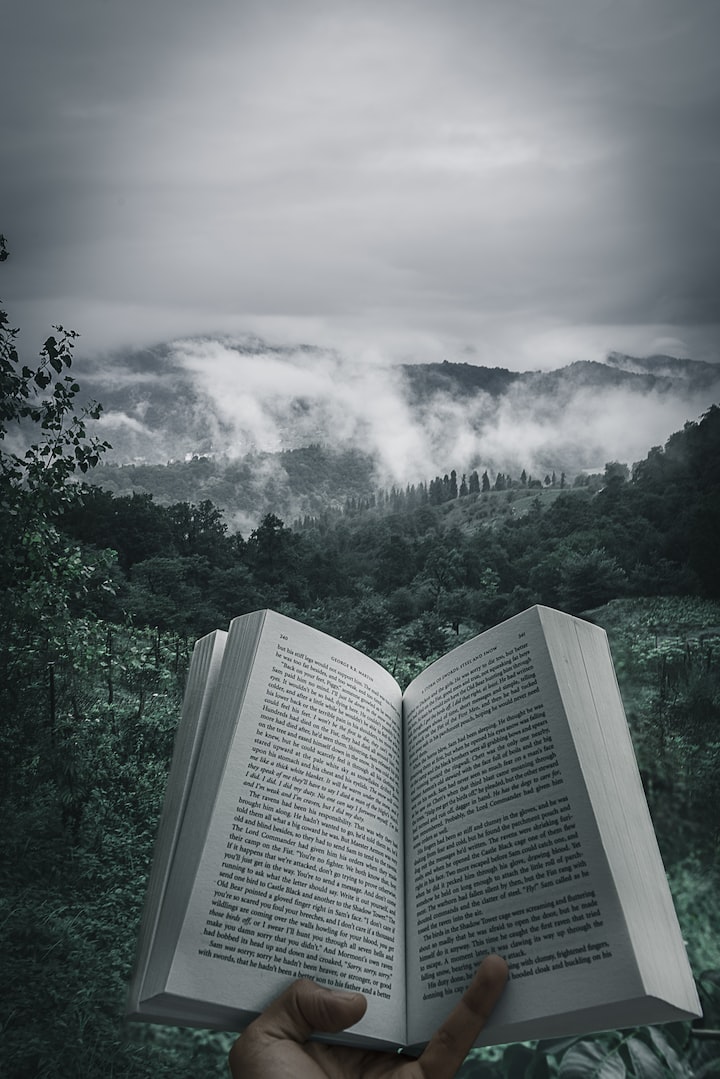 Photo by Kourosh Qaffari on Unsplash

Like a rug yanked quickly out from under my feet, the emotions I feel leave me unsettled, out of kilter, bewildered. How can the sudden death of someone I don’t even know; a man who lives halfway around the world from my home, have such a profound effect? Why is my heart so grieved at the loss of Tom Bradbury?

A legend in our small Vocal writer’s community, Tom was outspoken, honest, authentic and kind. His skillfully crafted stories carried both vulnerability and a sense of magic. I “met” Tom when we were both new to the Vocal website, exploring our dreams of being writers. Watching him grow not only as a writer but in his confidence as a wordsmith was both encouraging and inspiring. He went from cautious in the beginning, to an outspoken encourager of so many other writers. He has been the subject of numerous writer’s stories and humorous postings and a steady presence on many of the Vocal Facebook groups.

Tom, the unlikely English shepherd, stuck in Normandy, France with his herd of rescued Ouessant sheep, mentor and friend to many, was both an enigma and a hero. (You may read the tale of how he accidentally became a shepherd here: The Coolest Little Sheep in the World.)

Tom had a gift of weaving tales that drew a reader completely in without them even realizing it. I remember one of the first Tom Bradbury story I read. I didn’t realize it was categorized as Horror, a genre, which I typically eschew. The Hunting Party. As the story wound to a close, I felt an affinity for the main character as if I were him. And I also grew a willingness to read other stories of Tom’s classed as horror, knowing I was in for an enchanting tale.

In his writing journey, Tom tried on different styles and techniques and he encouraged his fellow writers to do the same. “Did you notice that there was no indication of the character’s gender in the whole piece?” he would ask. And we didn’t --until he pointed it out later. ( Returned For Spring )

“How do you like this character sketch written entirely as a dialog?” I loved it! (Ray of Light)

“Look how I got this very religious piece approved by Vocal,” he celebrated half smug half glee. (Also Ray of Light)

A nod or a mention or a well done from Tom made any of the other writers feel like they had in fact achieved something worthy. And then there were his rants about Vocal Challenge judging! Ever seeking justice and reason in the judging process he would commend or criticize the judging, calling it as he saw it. This transitioned to his distraction posts, asking writers to answer questions about themselves and avoid sharing any stories or comments on the impending challenge result days.

Truly, I have been moping since the moment I found out and I just can’t seem to shake the heaviness.

I think it is because Tom is each of us in a way. He was just finding his voice. And a wonderful voice it was. I find myself relating to his personal stories and struggles and vulnerable moments while at the same time thoroughly enjoying his more fanciful pieces. Writing is very vulnerable. I think many writers don’t share all of their stories with people they actually know in real life. Writing is a glimpse into portions of one's inner being. Tom not only gave each of us a tiny peek into his soul he also took the time to look back into each of ours. And he called out the good he saw there.

The intimacy of sharing stories with strangers in the safety of our digital communities created an unlikely bond, which has been severely damaged by this sudden loss.

Today, as I felt the depth of this profound loss, I realized that we have created a sense of knowing each other through the voices of our writing. I also saw Tom experience one of my greatest fears….. Dying with my stories still trapped inside.

I mourn the loss of a man finding his way in the world. A simple shepherd with a reach into the souls of many both through his writing as well as his reading of our stories. I mourn the loss of all the magic he had yet to unleash, the stories that will now never be written. And I mourn the gigantic hole in the writing community.

There is mystery in the crafting of stories. Tom Bradbury will live on through his words. May we each go forth living life to the fullest and as writers and readers may we hold a fond place always for the shepherd gone too soon who left a mark in each of us.

Tom Bradbury: writer, shepherd, mentor, friend and so much more than these.... May his own words bring you peace.