by Nixie Adams 10 days ago in how to

An open letter from your autistic friend 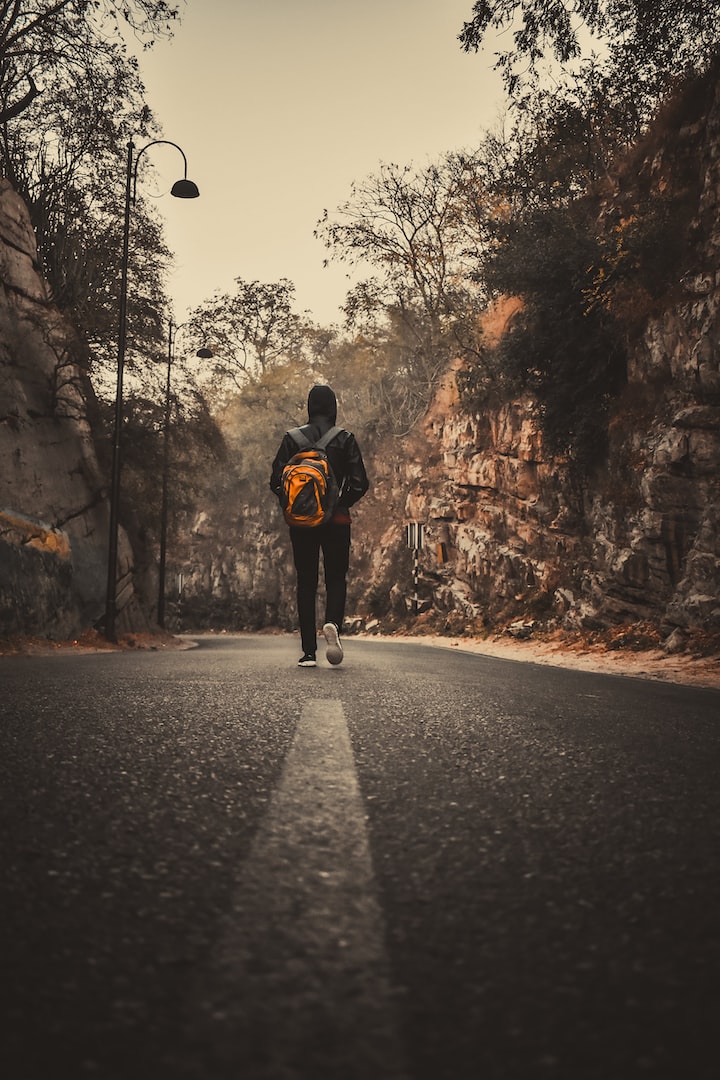 Photo by Harsh Gupta on Unsplash

You’ve done it again! Deleted me. Blocked me. Friendship terminated. Without giving me as much as a clue why.

See ya! Or maybe not…

Let’s roll things back a bit. Yesterday I wanted to tag one of my acquaintances in a post about a new local café opening because it’s in her area and I figured this was a great opportunity to catch up again at last. It’s been a good ten months since we’d last caught up, but I’d enjoyed reading her Facebook posts and seeing new photos of her little daughter a few times a week. It made me feel connected and up to date on her life.

Being (‘high-functioning’) autistic, I often go through periods where I withdraw for several weeks or even months. But to me, that doesn’t mean I’m not interested in the relationships I have with people — not at all. Although I may not actively message them, I think of them frequently, and I follow their social media posts to keep in the loop with what’s going on in their lives. I’ve always thought that, as adults with families and our various commitments, we don’t need to be in touch all the time to maintain a friendship or connection. Personally, I don’t consider frequency of contact a marker of friendship.

‘I don’t respond quickly or sometimes at all because it takes a lot, and I mean a lot, of energy. Mental and emotional energy that I need to ration out as usefully throughout the day as possible because we only have so much to give. Once we’re low or out, it becomes extremely difficult to interact normally.’ — Quora

But it seems that neurotypicals might have a different view here. Because they keep ‘unfriending’ me, again and again. Whenever I think I’ve made a close long-term friend, they suddenly disappear — without telling me why. And it’s more than frustrating, to say the least. Because I’m loyal to a fault. I care about people I get to know, and you could call me at 3 a.m. and I’d be there in a flash if you needed help. My only ‘flaw’ is that social interaction drains me and I can’t do it too often. Being in groups of people or in noisy, crowded environments is akin to torture because of the sensory overload. So if I make an effort to go out to meet up with you, it means I care … a lot. Because going out and socialising takes a lot of effort. It means I value our relationship more than the comfort of just staying at home.

My only ‘flaw’ is that social interaction drains me.

What you may not know is that when I do go out for a coffee or meal, I may seem ‘normal’, but I usually crash as soon as I get home. As much as I like you, going out and talking for an extended period of time in a social setting is exhausting. After meeting with you, I need to take a nap and then not schedule anything else for the next three days in order to recover. And if I already have something to do on a particular day, say a dentist appointment or an event at my kids’ school, there’s no way I could meet up with you for coffee as well. Not because I don’t want to or because I don’t care. But because I physically can’t; it’s just too overwhelming and draining. This doesn’t mean I don’t enjoy catching up with you; I absolutely do. Please don’t think I don’t want to see or talk to you. I do! It’s just that masking in social settings takes every last ounce of energy I have. The curse of ‘high-functioning’ autism, I guess.

Often, the same goes for messaging you back. I see your lovely message sitting in my inbox, waiting for a reply. But right now, I don’t have the energy to respond, and I want to make sure my response is meaningful and a well-considered reply. So I put it off until I feel I have more energy, but then someone else also sends a message needing a reply. And before I know it, a work email pops up that needs my attention. Boom, I’m overwhelmed and shut down. That means no one gets a response and I have to ignore all waiting messages.

The worst thing that can happen in these periods is someone sending a follow-up message, making their request to get a reply even more urgent, creating even more pressure. This will only intensify my shutdown and make it last longer. Again, that's not out of malice or disinterest; it's a physical and mental shutdown that is out of my control. I just can't reply. Now, I don't necessarily expect you to understand this if you're neurotypical and have never experienced this issue. But a little bit of compassion and patience would go a long way, rather than just getting offended and throwing away the whole friendship.

'During shutdown, a person may either partially or completely withdraw from the world around them. They may not respond to communication anymore. […] Common triggers may include social overload (being exposed to too much social interaction […]'). - Autism West Midlands

Because nothing is more hurtful than hopping on a friend's Facebook page to see what they've been up to today and noticing they've blocked or 'unfriended' you, without you being aware there was even an issue. If you notice your ASD friends are taking a long time to reply to your messages, then next time maybe add 'no pressure to reply, take your time' to your message. That might make all the difference. It'll show us you care, acknowledge our challenges and value our friendship enough to be willing to wait until we're ready to connect and socialise again. And because we feel understood, not pressured, this may happen sooner than it would have otherwise.

‘I can mimic normal but my autism isn’t gone, it’s just no longer your problem’

Or perhaps you erased me from your life because you think I'm weird. Different. Don't look you in the eyes enough. Don't ask enough questions about your life. Well, I'm sorry but not sorry. That's just how we roll. There's nothing 'wrong' with how we are, we just happen to be in the minority. Having said that, we do try. Or rather, we have tried. Over and over. Most of us have probably tried all our lives to fit in, to act like you, to talk like you. And many of us, especially women, will succeed to a large extent. But usually, something about us seems just a bit off to you. And, sadly, this might throw you and make you withdraw.

You might think we're self-absorbed if we forget to ask you back how your weekend was. All the while, we're damn proud of ourselves for managing to respond appropriately and say 'it was great, thank you' when you asked us about our weekend. We run through the script in our mind to make sure we say the socially appropriate thing. And sometimes we forget a step. Again, this doesn't mean we don't care. It's just how our brains work.

Or maybe our social awkwardness makes you think we're 'dumb' or 'stupid'. We can sense this, and it makes us even more awkward. But guess what: most of us are not unintelligent. In fact, many people with Asperger's (now termed ASD Level 1) are also intellectually gifted (or 'twice-exceptional'), myself included. In fact, many of the traits of both diagnoses overlap or concur. So please don't underestimate us or stop engaging with us because you believe we're not as smart as you. Often we're in fact smarter. At least in theoretical matters. We still get lost trying to find a new place, can't make telephone appointments or don't remember where we parked our car. If that embarrasses you, maybe you're not the friend for us and it's good that you saw yourself out.

'We are beginning to see evidence that […] enhanced brain functioning may lie at the heart of ASD. In a recent study, by the Psychiatric Genetics Consortium, the polygenic risk for ASD was calculated from genome-wide association studies in a cohort of 9863 individuals in the general population and found polygenic risk for ASD was positively correlated with higher intellectual ability. […] This was replicated in the same study in another cohort of 1522 individuals where, again, polygenic risk for ASD had higher full-scale IQ (Clark et al., 2016). […] This makes a heritable, high intellectual capacity a critical variable to investigate when researching the genetic contributions to ASD, especially given that high intelligence was a consistent variable originally observed […].' - Science Direct

Birds of a feather…

Perhaps the solution is to just give up on neurotypicals and make only fellow autistic friends. People who think the same way and know I still care even though I forget to ask how their son got on at his audition and who don't get offended if I don't reply for two months.

But then I remember the couple of neurotypical friends who have stuck with me. Who still invite me to special occasions although I haven't yet managed to reply to their last message from three months ago. Who are happy to just grab a coffee at a quiet little café without inviting along three other people unexpectedly. Who don't take it personally when I don't pick up the phone but let it go to voicemail. And that gives me hope - hope that more neurotypical folks will learn about autism and our challenges and perhaps be willing to be a little more patient and accepting rather than just run the other way when they realise we don't (can't!) play by their rules. And they'll find, we're worth it!

Nixie Adams is a freelance commercial German/English marketing and PR translator and editor based in Brisbane, Australia. 🌴☕ www.nyacommunications.com

Receive stories by Nixie Adams in your feed
Nixie Adams
Read next: The Ledger