by Wendy Leggett about a year ago in family
Report Story 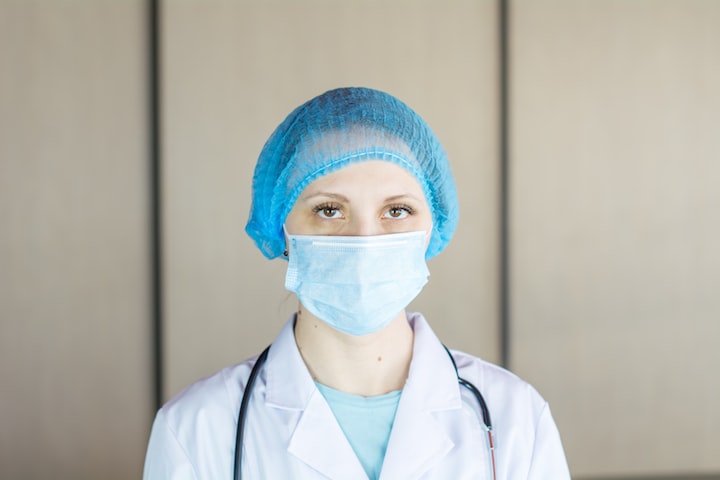 It’s been fifteen years since you left this earth for Heaven, and I think about you and miss you every day. You were such a strong woman that and I don’t know if I could have handled it with the grace you did.

At an early age you took charge of your younger sibling as grandpa worded and granny was often drunk. Being an alcoholic, she was asleep the day your youngest brother drowned in the lake. I can only imagine the heart break you were already feeling when she was told and turned to shout her blame at you.

After that Granny and grandpa separated, and with grandpa working on dredge ships weeks at the time, the three of you were moved between different family member’s homes. Even then you took responsibility for your brother and sister, being the one constant in their lives. When they showed signs of following in their mother’s footsteps you tried to keep them from going too far.

When Aunt Debbie didn’t listen and continued to party after having her son, you took over the raising of him, as much as she allowed, so you became a mother three years before having me. She would come and get him on a whim and a few days later you would have to hunt them down, bringing him home. It got so bad that the last time you saw her before she died in a fire, the two of you fought. Ending with her calling you a bitch and slamming out Leaving you with the guilt of how it ended between you.

I don’t know much about your relationship with our father. Just that you married after I was born and divorced a few months after Misty was born. Except, of course, that he stole a RV from a relative. You did tell my about how you told the divorce attorney that the only thing you wanted from him was to stay out of your life.

Perhaps, because you were used to it, we moved around a lot. I sometimes think you were trying to outrun the pain, but it didn’t work. On December 1, 1980 tragedy found you again. Your nephew that you had raised as a son, was at a friend’s house when they decided to play around with some rifles, they believed to be unloaded, and he was shot and died a few hours later.

It broke everyone’s hearts and no one would have blamed you for breaking down. I was seven and admired the way you were able to pick up and continued on. You had to return his gifts, but you made sure that Misty and I were happy.

We celebrated the holidays the day before or the day after since you worked every holiday and weekend to earn the extra money. You wanted us to have everything we needed, and most of what we wanted.

When I was twelve, I started volunteering on the weekends, at the nursing homes you worked in. Everyone of your patients loved you. I watched as you were patient and loving with each one, no matter how long it took. Co-workers and Employers thought very highly of you and hated to lose you when you decided to move again and always willing to rehire you if you wanted to go back.

You took care of everyone, it’s no wonder you grew lonely when we grew up and found our own lives. But you kept busy with private sitting jobs until your mother’s health started going downhill and you moved in with her. You took care of her, better than she ever had you. You did the same when grandpa also got so he needed help. Staying with them until they passed. Even Uncle Eddie came home when he got emphysema and you lost him as well.

We continue to talk about you and the one thing everyone says is that you kept a smile on your face. Looking back on the things you went through I’m not sure how you did it. Hopefully one day I will find the same strength inside myself that you found in yourself.

More stories from Wendy Leggett and writers in Humans and other communities.