by Andrew Rockman 2 months ago in humor
Report Story 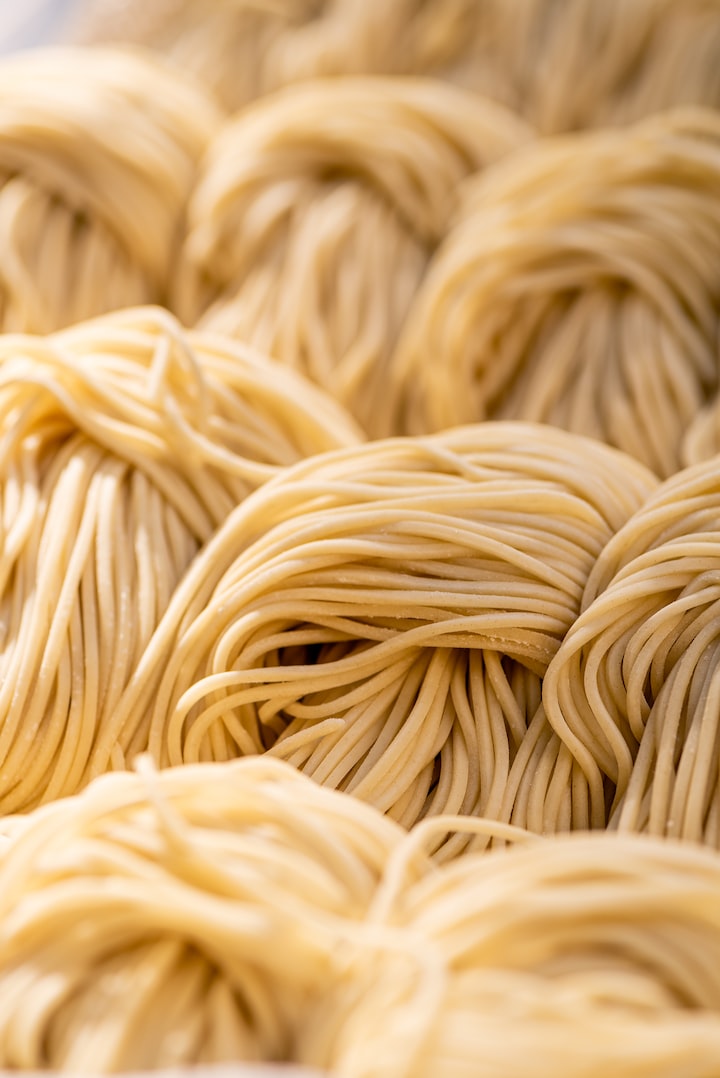 Photo by Jakub Dziubak on Unsplash

Some time ago, I found myself in the middle of that most stereotypical of impoverished collegiate stereotypes, making Ramen for dinner. Again. It strikes me as only mildly funny that my generation has recently become enamored with the richer and more storied actual origins and process of making real ramen. Much in the way that our obsession with charcuterie has been to justify our nostalgia for Lunchables.

It is often said, “a watched pot never boils.” I was intent (and by intent, I mean stoned. I was stoned) on proving this was not true. Surely the attention of the human mind is not so oppressive that it can keep water from boiling. Or better yet, maybe it could. Maybe this was a psychic hack to help one gain access to their control over the movement of matter. What if such a feat could be cultivated? The control of heat. Like those dudes that live in the Himalayas and go out in wet robes to try and dry them by generating heat through meditation.

And this little yellow 99 cent packet was going to be the sodium enriched starchy key to unlocking the universe. Definitely a way better ancient Chinese secret than pearl cream. Here I was, entranced at the small bubble beginning to hint at existence on the bottom of the pot. The desert mirage of heat building; wavering above the water line and obscuring the view of the stove clock behind it.

How quickly our vision can be distorted. Just a little heat, barely enough to burn and its waves already play willy-nilly with one sense. As it increases, it can burn to the touch. Soon after, it will be capable of altering the molecules woven into a dry quilt of flour twine to something palatable. At the same time, it makes water audible when the bubble pop and the smell of boiling generic flavor powder will tickle the nostrils. Heat is motion, and the senses, merely detectors of the various sorts of motions in this physical place of stuff.

Lost in this mild spectacle, I abandoned my sense of attention. The water was boiling, but I didn’t see the exact moment when it had started. Perhaps it was true after all. But no matter. I was stuck on the bubbles as I dropped in my soon to be feast.

I noticed the density of the bubbles shift. Thicken as the starches began to exchange themselves with the water. Much like the heat of the cosmos, spinning the soup of atoms into things. Stars and trees and people and water all simmered out of the galactic detritus. Dark Matter brought to light by the heat of creation. Just like these stringy sticky strands, resurrected in the roil of my tiny, mismatched soup pot.

Perhaps not the shortcut to telekinesis by watching water boil, but something more. This is creation itself. The raw motion of the universe caught in metal vessel. The microcosm of the same process that provided eternity and infinity. A cloudy fake chicken smelling simmer of liquid evolution which will soon be transferred to my own gastric boiler to further its rearrangement, fueling my ascension with its descension into calories as empty as my understanding.

All the bits of existence in their various states, exchanges and transmutations all playing out here in my meager kitchen. Here in this meager apartment. This meager earth, galaxy…All of it, rising and falling like the now viscous gurgle of dollar store dining. Effervescing just as all things do in their time before returning to the Aether from their finite froth. Unless, of course, the creator loses focus. Which I did and my meal boiled over.

Maybe, in the end, it was all just a bowl of Ramen.

I don't know that there is much I could say that wouldn't sound self-aggrandizing in a bio meant to steer you towards reading my work. I suppose, I should just thank you for offering your time and attention.

More stories from Andrew Rockman and writers in Humans and other communities.