by Abi Alexander 3 months ago in lgbtq
Report Story 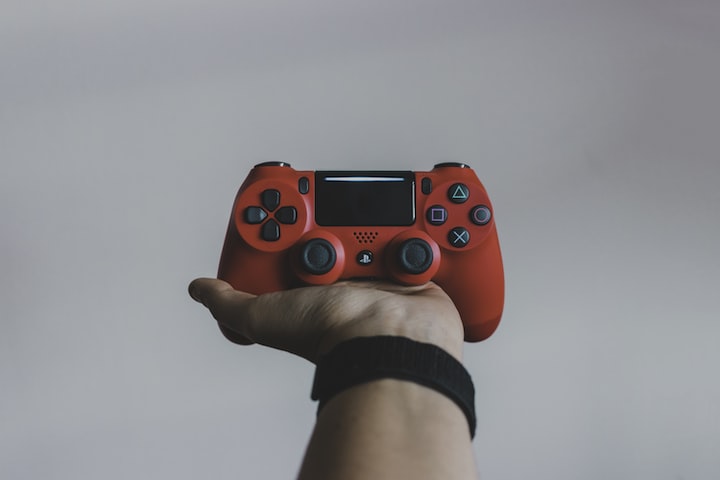 Already the day was off to a slightly unusual start. Getting ready for school that day it was not my Mum’s light, melodic voice chivvying me along but my dad’s deep baritone telling me to step on it if we didn’t want to be late.

He was stepping into the unenviable role of the morning chauffeur whilst my mum was away on a course. Whilst time keeping has apparently never been my forte, it is of the utmost of importance to my dad. A sign of respect he would say; for yourself and for those involved. That is how I found myself sitting in his car at the school gates a good 20 minutes before my mum would have ever considered leaving the house.

Out of the blue he turned to me, I was convinced he was going to make me wait outside the huge black double doors at the entrance to the school for everyone who arrived to see me looking like a lost orphan Annie. The idea of which made me cringe when I was eight and still does now. Let me blend into a crowd please. Instead, he looked at me seriously.

“You look a bit peaky you know. Are you feeling ok?”

I looked at him bewildered, I’d been singing along to the Spice Girls at the top of my lungs for the car ride and was pretty sure that it was apparent I was fine. I told him so.

He persisted. “Are you sure you don’t need to go back home?”

I continued to stare at him with a look of absolute confusion on my face. Along with my singing, I’d eaten a strawberry breakfast bar on the way to school in about two bites. There was no way he thought I was sick.

He raised his eyebrows slightly and looked me dead in the eyes “Are you sure you don’t feel a bit sick? And the best thing to do would be for us to go home and play Crash Team Racing to make you feel better?”

My eyes lit up with comprehension and I coughed dramatically whilst holding my stomach. “Oooh actually I do feel pretty sick.” I’d attended a couple of drama classes by this point so I think it’s fair to say I was milking my role a little.

I learnt two things that day that I carried with me into adult life.

One: It is only possible to play about eight hours of PlayStation Games before your thumbs freeze into a claw-like grip for the next couple of days. And two: that when it comes down to it, my dad sometimes knows what’s best for me more than I do.

The second time that I was really reminded of this, I was twenty-two years old and had just come back from a date with my then boyfriend, a lovely guy called Tom. A few years older than me, Tom had his own flat, a sweet family and a kind group of friends. He was keen to introduce me to all of them and to, you know, spend time with his girlfriend. Which was something that I absolutely was not interested in.

So, coming home from this date, I launched into a tirade of how boring I thought he was and how I didn’t understand why he wanted to hang out so much.

Once again, my dad looked at me very seriously, just as he had done all those years ago back when I was eight years old.

“Abi” he began “Do you think perhaps the problem isn’t Tom? Do you think maybe it’s men in general?”

“What?” I asked him dumbfounded.

He began a brief run-down of my dating history and gently highlighted how I inevitably ended up becoming disinterested in the sweet boys that I had relationships with after a couple of months at most. Preferring to spend time with family, friends, heck even the cashiers at the check-out rather than my partners. And when it came to physical affection – it was like I’d reverted back to being five years old. “Eww I don’t want to hold your hand in public. Gross”.

“Do you think” he asked me in a gentle voice “that maybe you might want to think about whether you’d like to date girls?”

It felt like a dozen little snakes were having a party in my stomach.

“There’s apps for that right? You know Grindr or something? How about if you download one and just see how you feel about it?”

And so I did just that. Except, for obvious reasons, I left Grindr well alone. When I came back from my first date after she’d dropped me home and we’d kissed in her car. I went straight up to see my dad and burst into tears.

I could see the panic in his eyes immediately and so I choked back my sobs to let him know that these were happy tears. That the moment I had kissed that girl, everything had clicked into place.

That I wasn’t broken or unkind or incapable of love – all of the things I’d been certain of up until that point.

And that before I’d even realised that, my dad had. With his unconditional love and acceptance, he had given me the space to be able to go and discover that for myself without fear of the repercussions from the people I loved the most. And that is not something I take lightly. Not for a second.

Now at 30 years old, I know myself better than I ever have; I still love playing Crash Team Racing and I’m proud to say after 12 years of playing I can finally thrash dad at almost every course. I live with my girlfriend and our cats. And I always know that if my dad looks at me seriously, then I need to sit up and pay attention to what he’s about to say because it’s likely to be something pretty darn important.

More stories from Abi Alexander and writers in Humans and other communities.