by Emily Comstock 11 days ago in lgbtq

“There I was. Bright and shiny and new.” 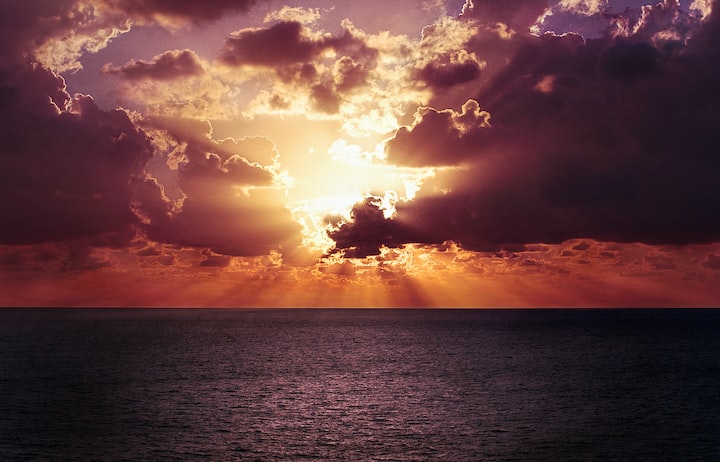 Photo by Nick Scheerbart on Unsplash

I was fifteen years old the first time I had heard of someone “coming out”. I wish I had heard it discussed in a more positive light, but instead the news came from my father as he and my mother stood gossiping over the dining table one night. He was leaning with one foot perched on a wooden chair in front of him, his arms crossed and set across his elevated knee. My father is a very active conversationalist, he uses all the space around him to tell a story; this posture keeps him relaxed as well as ready to act out a scene at any moment.

I came into the room to say my goodnights and I could immediately tell I had walked into a conversation they had intended to keep private. My father stood up straight, visibly uncomfortable. After several seconds of strange silence my mother said, “She’s old enough to know.”

Slightly concerned and a little confused, I looked at my dad and waited. He leaned back onto the chair and rested his arms again, trying to return to his comfort zone. Then he simply said, “Your brother’s wife is leaving him. She’s a lesbian.” He cut his eyes away before the last word was fully out of his mouth and shook his head slightly as he let out a small chuff.

Disappointingly, I cannot remember what I said in response to this news but I’m sure it wasn’t deeply emotional. I am not close to my brother, there is a very large age gap between us and we didn’t spend much time together growing up. I only met his wife one time and I certainly knew nothing about the state of their relationship. For the longest time I actually didn’t even give the news a second thought and life went on as usual.

Over time though, I’ve caught myself thinking back on that conversation. It’s the last word my father says, or more, how he says it.

He said “lesbain” like it was a myth. He may as well have said, “She is a mermaid.” And my mother’s small addition. “She’s old enough to know now.” As if it’s some R-rated concept that one woman might love another woman. What is so “under seventeen requires accompanying parent or guardian” about love between two women?

I realize now, ten years later, how that conversation was just one of many that shaped my view of all things LGBTQ +. Living in AbsolutelyNowhere, Missouri, I was drastically underexposed to any kind of lifestyle or relationship that was not white, christian, republican, and heterosexual. There was no discussion at home, no education at school, no secrets between friends. I was twenty years old before I personally met anyone who identified as gay. Twenty years is a long time to live before realizing you’ve been overlooking an entire scope of life. Twenty five years of overlooking a part of yourself is nearly devastating.

I left Missouri three months after graduating from high school and that kicked off five years of both excited exploration and frustrating existential crisis. In those years since moving away I have struggled profusely with my sense of self. I have felt some of my deepest, darkest lows, but have also witnessed such astounding beauty and felt true joy. I found a truly wonderful man, married him and started a family. I have pursued several creative paths that feed my soul, traveled some of the world, and have had my life changed by people in good and challenging ways. I have cried and laughed, learned and healed, constantly evolving along the way. And most recently I have realized I am gay.

I came out to my husband one month after our fifth wedding anniversary, two months before my twenty-fifth birthday. Up until the moment the words left my lips, I felt as if I had only ever existed just beneath the surface of myself. Almost there, almost free, but not even realizing I was in a cage. Within a single inhale and exhale all of that changed. I could see in my mind the shell cracking open and the armor that kept my true self in and others out falling away.

There I was. Bright and shiny and new, but with the wisdom, strength, and self-awareness I had worked so hard for. I felt like an old soul who had just arrived to a new world, excited for the strange and unknown new path ahead. I felt truly confident for the first time in my entire adult life.

This journey is far from over and I never know where it will take me from day to day. But my family is happy, safe, and together. The rest of the answers will come in time.

A writer, artist, and student of human nature.

See all posts by Emily Comstock →