Colors And How They Affect Your Emotions

by Erica Martin 3 months ago in art
Report Story

Because who doesn't want to feel good in their space? 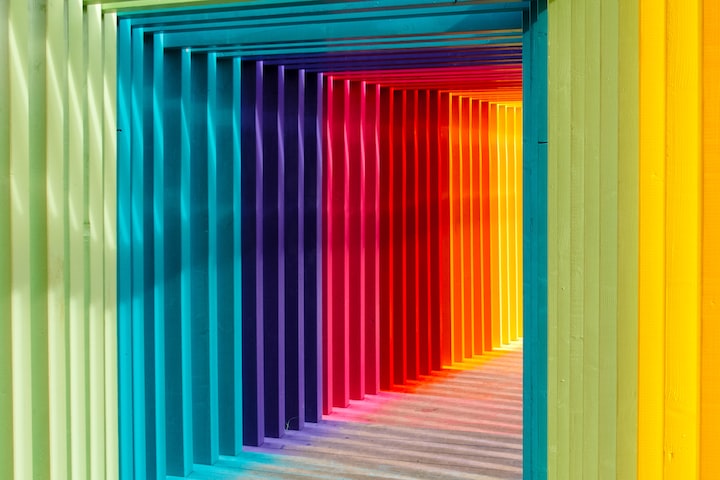 Photo by Robert Katzki on Unsplash

We’ve all walked inside an area and said, " Ahh," as though it is the most relaxing place on earth. And sometimes, when we enter our house, we say, "Wow!" It may be the room’s energy.

What causes us to react in such a strong, spontaneous way to our environment?

It is possible that your feelings and reactions are largely due to the color scheme chosen for the space's design and décor. Although psychologists are divided on the topic, color psychology is widely accepted.

In different cultures, color has historically been regarded as a powerful force. Feelings, moods, and health, as well as behavior can be affected by it. Check out these tips to change your home’s mood. Using them may help you create the right ambiance.

If blue is your favorite color, you might not be too surprised to learn that it helps manage pain and aids healing. Additionally, blue can be calming. Many people consider it their favorite color and it’s the color most men prefer. Because so many people prefer it, it’s often considered a non-threatening color that can seem conservative and traditional.

Green symbolizes nature and the outdoors, which is soothing, restful, and can even bring joy to the mind. According to some, green lessens stress and promotes relaxation. It can also have a positive impact on thinking, relationships, and physical health. Also, it relieves stress and promotes healing. It's not uncommon to see green in medical facilities.

It is believed that orange promotes lung health and provides people with vitality and energy. The color orange is, like red, regarded as a warm, exciting color. There's no doubt about it. Rooms painted orange definitely catch your eye when you enter them.

In sports, orange is used in uniforms, mascots, and branding because it is a high-energy color. The color orange is associated with feelings of playfulness and vibrancy, according to one study.

The color of the sun is associated with brightness and warmth. There is no ignoring yellow, just as there is no ignoring orange. It has even been described as the brightest and most noticeable color in the spectrum. You might want to consider yellow as a way to "energize" your kitchen.

Using it excessively can cause visual fatigue and be abrasive. Despite its reputation as a cheerful color, yellow rooms tend to make people lose their tempers and make babies cry more.

Red evokes the strongest emotion among all colors. Colors like green and blue are thought to be peaceful and calming, while red is thought to be the hottest and most contradictory.

In fact, it has a few opposing emotional associations - it’s associated with passion and love as well as power and anger. A red room evokes feelings of warmth, comfort, and even romance due to its drama and mystery.

Despite the fact that black may not be considered to be a color, it is an essential color. Black forms when there is no light at all. Feelings can be evoked by black in a variety of ways. When you are around black, it may make you feel sensual, mournful, or sad.

Black can also have positive associations, such as attractiveness and elegance. It oozes sophistication. That’s why you see a lot of people wearing black clothing at fancy events. It’s also why high-end brands use black in their logos.

In films, black is typically associated with a deep, dark, ominous character. As a result, black is not only a conflict in terms, but it is also a conflict in emotions for many.

Are you looking for a way to make a room appear bigger? Paint the walls white. Make dark spaces appear lighter by using white. Wall colors look better with white trim because it makes them "pop."

When you’re inside a white space, your feelings will run the gamut from feeling bright to experiencing an overload of light and space.

If used alone, white can be boring, but when combined with other colors, it can enhance their appearance. The way you feel around white is determined by the amount used and how the other colors in the room are presented.

Colors are powerful because they affect your feelings. To raise your spirits, induce tranquility, or create excitement, decorate your house with these color psychology principles. Choosing the right wall and lighting can create the atmosphere you want.

More stories from Erica Martin and writers in Humans and other communities.