by Ariana GonBon 2 months ago in breakups 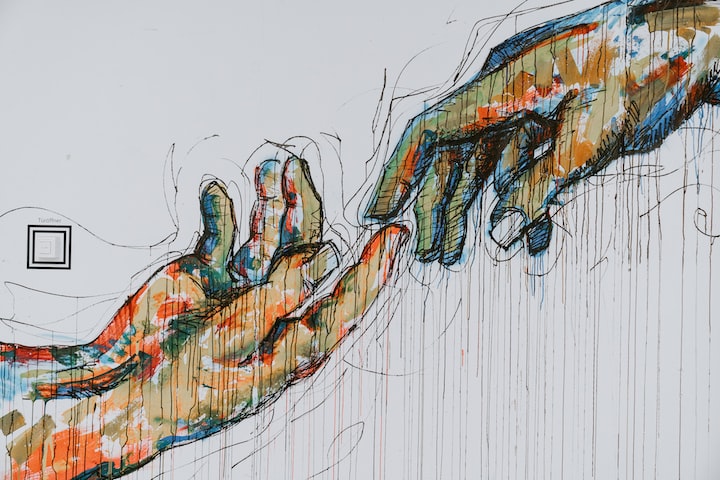 I hate that we don’t talk every day. I hate it more that I do not know what we are. I keep forgetting to not take your flirting seriously, that we are 2000 miles away and at closest we were a seat away but never touching. You would never consider a long distance relationship, but we act like something open, wanting to open our mouths to each other but instead giving it to others. And we know about it. We know about each other’s love lives but never mention each other. Why? Because we do not want to admit anything. We do not want to admit that we like each other because we know it’s stupid. Insane. Crazy. In. Love.

But that’s just me.

Why was it that the last time I was mad at my ex and ranting at you, you gave me advice on what to tell him, you said that if he ever hurt me that you would beat him up and then we could cuddle?!

Why the fuck would you say that if you wanted nothing. Why the fuck did you react when I said we could never be anything. That we could try a long distance relationship, get my hopes up for shit. Then later say that you only said it so that you could try to prove to me that you were a better person?(!) You tried to prove to me something that you were never going to go through with – that does not make you a better person. That makes you shit that I should never want to smell. That makes you a guy that I should never trust.

And yet you called me beautiful and I melted. And you like that I stand up for myself.

I am always afraid that I am annoying because sometimes you don’t respond. We are more than just chill friends when we are both single.

I don’t trust you when you call me beautiful, because I melt and I do everything that I want to do and then you forget about me. You called me beautiful because I was the first girl to text you in forever? That’s a shit excuse.

What do you see when you see my name on your screen? Babe? Easy? Beautiful? I can get anything from her?

The fact that I have to write this letter that I am never going to send should tell me something: to stop imagining stupid endings with you.

You said we would make beautiful babies. Why the fuck would you think of that.

You tell me to visit you so we can drive around. Do really believe that? Can I actually be that special to you?

You just want to fuck me on a beach. Then I would be a shitshow when you never talk to me again. Because then you got what you thought we both wanted.

I have considered giving up everything for you. But that should go to someone quien me pela. Someone who wants to marry me and defend me all the time and only goes back on their word when they say they aren’t planning a surprise party for my birthday. Someone who is motivated to work for what they want and what they want is me and they want to be mine.

I should be done with your bullshit. I should have stopped talking to you after you could not get your ass up off the bench when you didn’t know when you would see me again. You did not get up for me. Has that changed? I have a grudge that says it hasn’t.

You told me you wrote me a letter. I am scared to get it but I want it so bad. I am scared that it will not confess as much love to me as I need it to confess. I want it to be as long as mine was for you. I need to feel as though I am important to your life as you have been to mine. You just need to get stamps and drop it in though, supposedly it's already written.

I need to stop prompting you to be sweet to me. Because then it feels as if you didn’t want to do it anyway.

You’ve done it before. One time I hated what you had said to me in front of our friends and the next day you didn’t want me to be mad as you anymore so you hugged me like a bear from behind. I wanted to hug you back so bad but I am stubborn as hell against those who hurt me.

I am scared of loving you like I do because you would break me. If you got engaged tomorrow it would probably be best for my sanity. So I do not have to worry about what will happen when one of us falls in love.

This concerns me because we have literally been at this thing, this flirtationship, for years. Why are we both still here? What do we want out of this? A reassurance that someone so different that ourselves could love us for so long?

Why did you even look at me in the first place? Was I actually pretty? Now this is for my self-esteem. You helped my self-esteem all these years. Whenever you actually decided to be sweet, I would look back on those when I could no longer deal with any other guys and say “at least he loves me.”

But I shouldn’t have to depend on your opinion when I look at myself in the mirror. I shouldn’t have to depend on any significant other. You’re not even a significant other because you don’t want to be. You don’t want to be mine. And yet here we are. Me writing this letter, waiting for yours. This is all that I have been wanting to tell you behind all of my fighting words. I don’t do it for fun. I want to spite you to try and prove to myself that I have at least some power over you.

I get a power rush when I am the one who doesn’t respond because for once I get to play with your emotions instead of the other way around.

You know this is about you. We were 18 years old. We’re both better people now, and I miss you friend.

25yo bi Xicana. There's always more to write about, in more interesting ways than white men. Follow me @arte.con.ariana, all tips will go to @openyrpurse, both on Instagram.

Receive stories by Ariana GonBon in your feed
Ariana GonBon
Read next: Books to read during quarantine